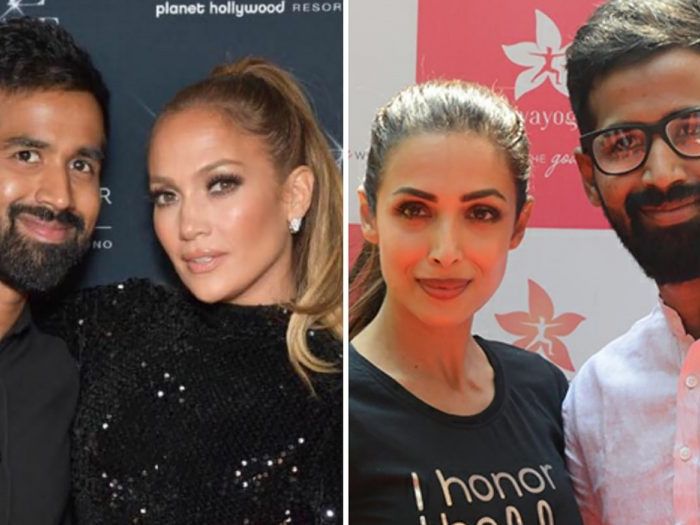 The trendiest yoga startup visited by Jennifer Lopez opening up to the UAE: with over 91 studios in India, the startup has plans to expand to the UAE

SOURCE: CNBC TV 18 - The trendiest yoga startup visited by Jennifer Lopez opening up to the UAE: with over 91 studios in India, the startup has plans to expand to the UAE

American singer-actress Jennifer Lopez, American baseball star Alex Rodriguez, Indian celebrity Malaika Arora and Zumba Fitness LLC have come together to invest in the Indian yoga and wellness start-up SARVA. Started in March 2016, SARVA was born as a brainchild of a yogi-turned-entrepreneur, Sarvesh Shashi, when he was 23 years old.

Its mission is to build a global community of physically, mentally and emotionally fit individuals, achieved through yoga, mindfulness, movement and beyond, and to provide for the same through state-of-the-art brick and mortar studios, accessible and interactive technology, and lifestyle products.

In an exclusive interview with CNBC-TV18, Shashi explained his future plans and said they are evaluating the opportunities in Europe, UAE and the US. The company is currently focussing on brick and mortar rollout and digital launch, he said.

Also Watch: Here's how to do Danda Yoga

Congratulations on tying in new partners and investors into SARVA. Tell us how it came about -- Jennifer Lopez and her fiancé Alex Rodriguez, these are not people that you bump into in India often, right?

It was led by our chairman, David Giampaolo who is known as the most networked and influential person in the UK by Times Magazine and Financial Times. He introduced us to his partner, Mark Mastrov who is also an investor. Mark Mastrov was a partner with Alex Rodriguez in another business. I believe Mark really liked what we were doing, he really liked what we were building and he said that he would like to introduce us to Jennifer and Alex. We met them in Los Angeles and they really liked the story, they liked the India consumption story, they liked the authenticity of India in the yoga space and that we could build this into global products as well.

When we last featured you on Young Turks in 2017 you were branded as Zorba, the deal with Talwalkars had happened in 2016 – they had picked up a 50 percent stake in your company. At what point did you decide to rebrand yourself as SARVA and what all has changed under that larger rebranding?

Zorba in Greek meant a person who lives life fully but we were saying our vision statement is connecting seven billion breaths. The name Sarva in Sanskrit means all-inclusive so we rebranded. At the time we also re-thought our entire strategy. We went from being just brick and mortar to evolving into a hi-tech and a hi-touch business or you want to call it click and brick. In fact, the beta launch of our app is in progress. we will launch it in September this year. Meanwhile, our brick and mortar stores continue to grow, we will get to 500 over the next three to four years.

Can you tell me more about what this app will be? Are you using AR (artificial intelligence )/VR (virtual reality) in it and how is it differentiated from the thousands of health and wellness apps that are already out there?

In the last 8-9 months of our travel aboard, the knowledge that we gained, the kind of people we met, in every field, technology and business, we knew that we wanted to speed up the process of getting into the digital space. So we literally started working full fledge on it less than a year ago and now we have come up with three large products. One is The Mindfulness App which will have mindful music, stories, guided meditation. We are targetting the younger generation.

The other product is an integrated online life class product and it will be integrated with AI, virtual training. This will be an interactive platform but right now I can’t talk much about it.

What’s happening on the partnership with Talwalkars, they picked up 50 percent stake in your company in 2016 for about $2 million. There are reports now that this particular deal has come in around $5 million. So has Talwalkars’ exited to any extent?

The dilution has happened. They are investors and that’s about it. There is no strategic involvement from them. They helped us grow and they continue to support in whatever ways we want them to but otherwise, we are two separate companies. They play a role as much as any director but there is no strategic role involved in this.

Are you looking to raise further money? What is the timeline for that?

Over the next six months we are looking to raising $15 million in two tranches.

Are you looking at venture capital (VC) funds or are you looking to bring in people like Malaika Arora or Jenifer Lopez who also bring brand value to your company?

I think we have already got the best in the system right now in terms of personalities and people with expertise. For the next round, we are talking to large VCs and PEs. The conversations are positive and you should hear from us sometime soon.

The trendiest yoga startup visited by Jennifer Lopez opening up to the UAE: with over 91 studios in India, the startup has plans to expand to the UAE