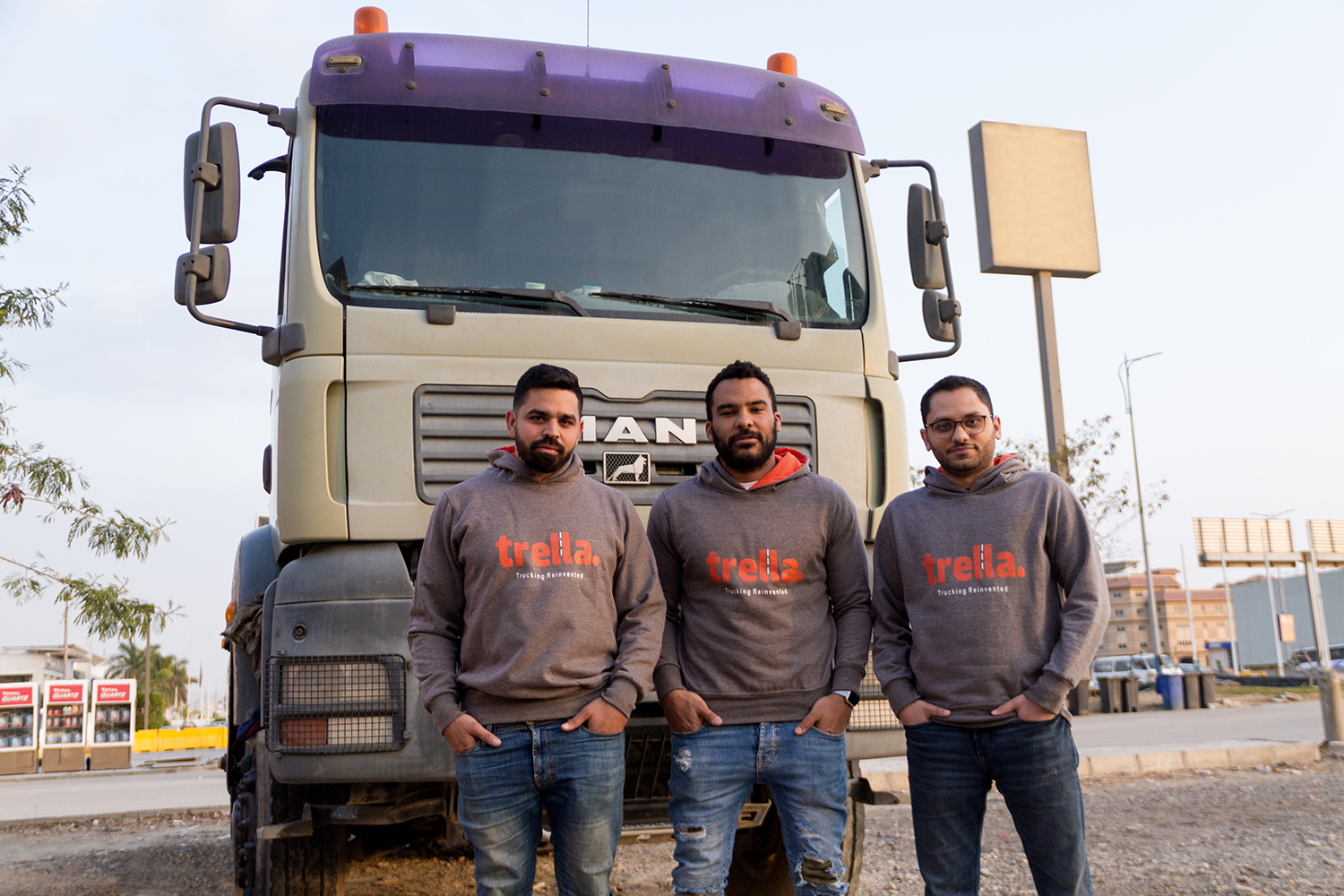 Taking on the deeply fragmented freight market, Trella is a b2b technology platform on a mission to reinvent the trucking industry.

24 FEB, CAIRO. ​Trella​, the trucking marketplace that connects shippers with carriers, announced that it has raised $600k+ in a pre-seed funding round led by ​Algebra Ventures​, with participation from strategic investors, global VCs, and notable angel investors including Esther Dyson and Jambu Palaniappan.

Addressing an enormous pain-point in a deeply fragmented industry plagued by asset under-utilisation and a lack of transparency, consistency, and reliability, Trella’s tech platform is pi​quing the interests of investors and businesses. ​The tech platform/ marketplace empowers drivers and reduces costs for shippers by improving load utilisation and efficiency, offering transparent pricing schedules, and enabling shipment tracking in real-time.

Trella was founded in 2018 by Omar Hagrass and Pierre Saad. Hagrass, CEO, is no stranger to the transport-tech space in the region, having served as Regional Manager, EMEA Launch and Expansion at Uber. Saad, CTO, was previously Software Architect & Technical Lead at Vezeeta. They are joined by ​Muhammad El Garem (previously Business Development Manager at OLX) as Head of Operations.

‘Building on the fantastic success of ride-hailing startups, we built a similar solution for the freight industry in the region to improve efficiency throughout the supply chain,’ says Hagrass. ‘The interest in our solution has been overwhelming, both from businesses who want to use our technology, and from truckers who are getting significantly more value and more consistent flow of business through our platform. We’re optimising truckers’ routes so they’re no longer driving empty.’

‘I’m incredibly excited to invest in Trella as part of their pre-seed funding round,’ says Jambu Palaniappan, former Head of Uber Eats - EMEA. ‘The premise of bringing world class logistics technology to shippers and carriers across Egypt is a strong one, and the Trella team is extremely well equipped to achieve their ambitious goals. I look forward to supporting them along the way.’

‘We’re thrilled to be leading this round,’ adds Karim Hussein, Algebra Ventures’ Managing Partner. ‘They’re a superstar team with proven execution ability. The large and highly fragmented freight market in Egypt is ripe for technological disruption. We are excited to be joined by a group of capable and experienced co-investors who will help accelerate Trella’s growth in the short run and support it in subsequent financings.’

Trella is a b2b technology platform and trucking marketplace that connects shippers with carriers in the highly fragmented freight industry. The company’s mission is to connect the parties in real-time more flexibly and efficiently with the goal of making the entire supply chain faster and more reliable while reducing slack and exceptions.

Algebra Ventures is a $50-million Cairo-based venture capital fund that invests in early-stage technology companies in Egypt and the MENA region. Its LPs include Cisco, the European Commission, EAEF, EBRD, IFC, and private family offices. Algebra has invested in many transformative technology companies, including HolidayMe, Eventtus, Elmenus, POSRocket, and Halan.