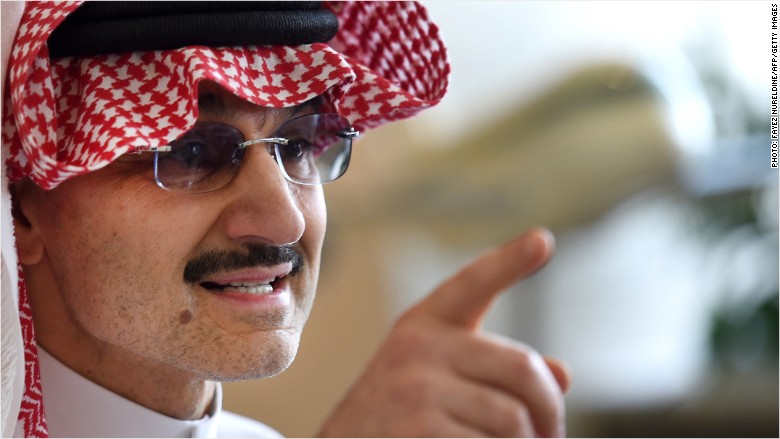 Prince Alwaleed bin Talal has signed his first big investment deal since being released from detention in Saudi Arabia.

Alwaleed announced a 1 billion Saudi riyal ($267 million) investment in French streaming music service Deezer on Thursday. The investment was made through Alwaleed's Kingdom Holding Company and his entertainment business, Rotana.

The prince said in a statement that the deal "represents one of the many premium investments that we have always sought for our shareholders." Kingdom Holding owns shares in Twitter (TWTR), Citigroup (C) and JD.com (JD), and has also invested in Lyft and Careem.

Deezer, which competes with Spotify (SPOT) and Apple Music, said in a statement that the round of funding from Alwaleed and other investors valued it at €1 billion ($1.2 billion).

Saudi authorities held Alwaleed for nearly three months as part of a crackdown on alleged corruption.

The prince was arrested in November alongside dozens of other royals, government officials and prominent businessmen and held at the Ritz-Carlton hotel in Riyadh, which became a makeshift, luxury jail.