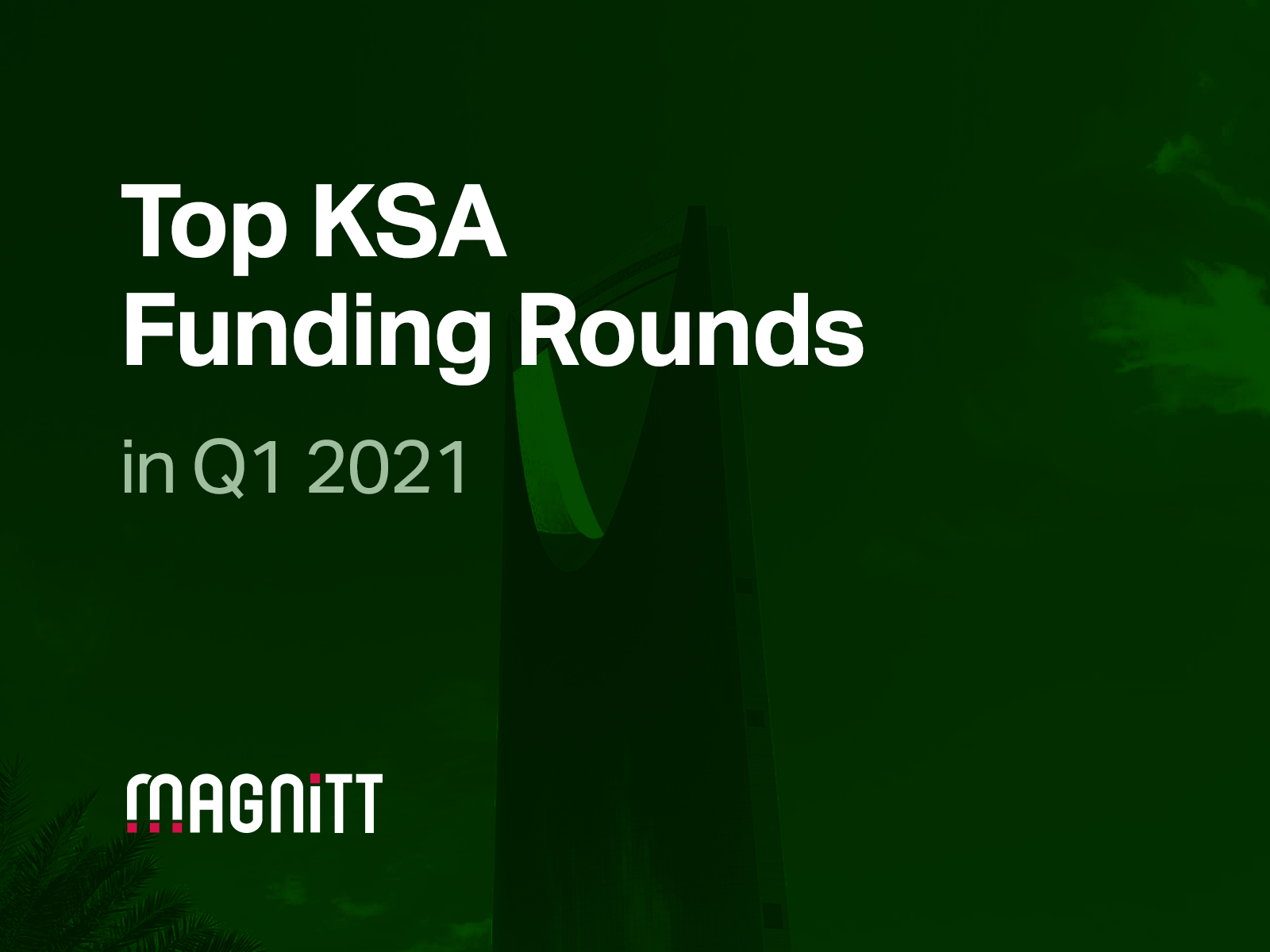 Saudi Arabia-based startups have seen 24 funding rounds announced in Q1 this year, with the highest 5 rounds combined raising over $50M, across a specific set of industries.

In 2020, the country's venture capital funding increased by 55%, reaching a record high total of $152M. With a third of that already reached in 2021 and 9 months still left to go, the question is: will 2021 outdo what was already a record for KSA's venture space?

Philip Bahoshy, Founder and CEO of MAGNiTT said, “All of these record-highs point towards a thriving and maturing ecosystem in Saudi Arabia. In KSA, we’re seeing founders, investors, governments, and enablers working together to solve the pain-points of the ‘new normal, and these numbers are evidence of that.”

At the end of last year, MAGNiTT predicted that, in 2021, the KSA startup ecosystem will overtake Egypt and rank in 2nd place for capital invested.

What are your predictions? Look out for our Q1 reports which will be released in a few weeks for more in-depth data on venture investments in the quarter.

Discover all startups based in Saudi Arabia on MAGNiTT

FOODICS is a cloud-based restaurant management system that runs on an iPad. The startup offers an all-in-one retail management platform helping retail and restaurant owners run their business. Since its inception, FOODICS has processed over 5 billion orders through the platform.

In February, FOODICS announced its $20M Series B funding round, led by Sanabil Investments, to grow its share in existing markets, accelerate its international expansion, as well as expand its Fintech offering. Check out an exclusive interview with Founder and CEO, Ahmad Al-Zaini.

Azoom is a tech startup based in Riyadh that designs, develops, and sells electronics and computer software. Azom was established to provide and develop technologies and electronics such as phones and other devices at affordable prices and services.

The startup raised its Series A round of $9.5M in February, from Assr AlJawal and an undisclosed individual investor, to continue with developing its products as well as focusing on geographical and industrial expansion.

Lendo is a crowdlending marketplace for Shariyah Compliant invoice financing for SMEs in Saudi. Co-founded in 2019 by Osama AlRaee (CEO) and Mohammad Jawabri (COO), Lendo offers SMEs to digitally pre-finance their outstanding invoices.

Last month, Lendo raised its $7.2M Series A funding round, led by Derayah Ventures, to to deepen its platform capabilities and expand the product offering with a more sector-focused solution-based approach.

Zid is an eRetail enablement company that enables any retailer or merchant to move from traditional retail to modern retail. Zid enables retailers to set up their online store in a few clicks and integrates directly with payment, warehousing, and delivery providers, as well as access to professional service providers.

Just a few weeks ago, the startup raised its $7M Series A round, from Global Ventures, Elm, and Arzan VC to expand into new markets, conquer new retail verticals and attract top talent.

Hala is a Fintech that offers merchants a package of a POS device, a Visa/Mada card, an IBAN, and a simple app that gives them instant visibility on their transactions. It allows them to conduct multiple financial transactions including settling vendor and supplier payments as well as conducting in-bound and outbound transfers from and to bank accounts.

In March, the startup secured a $6.5M Series A funding round, from the Impact 46 Growth Fund, Wamda, and strategic investors. Hala aspires to be the future bank of SMEs.