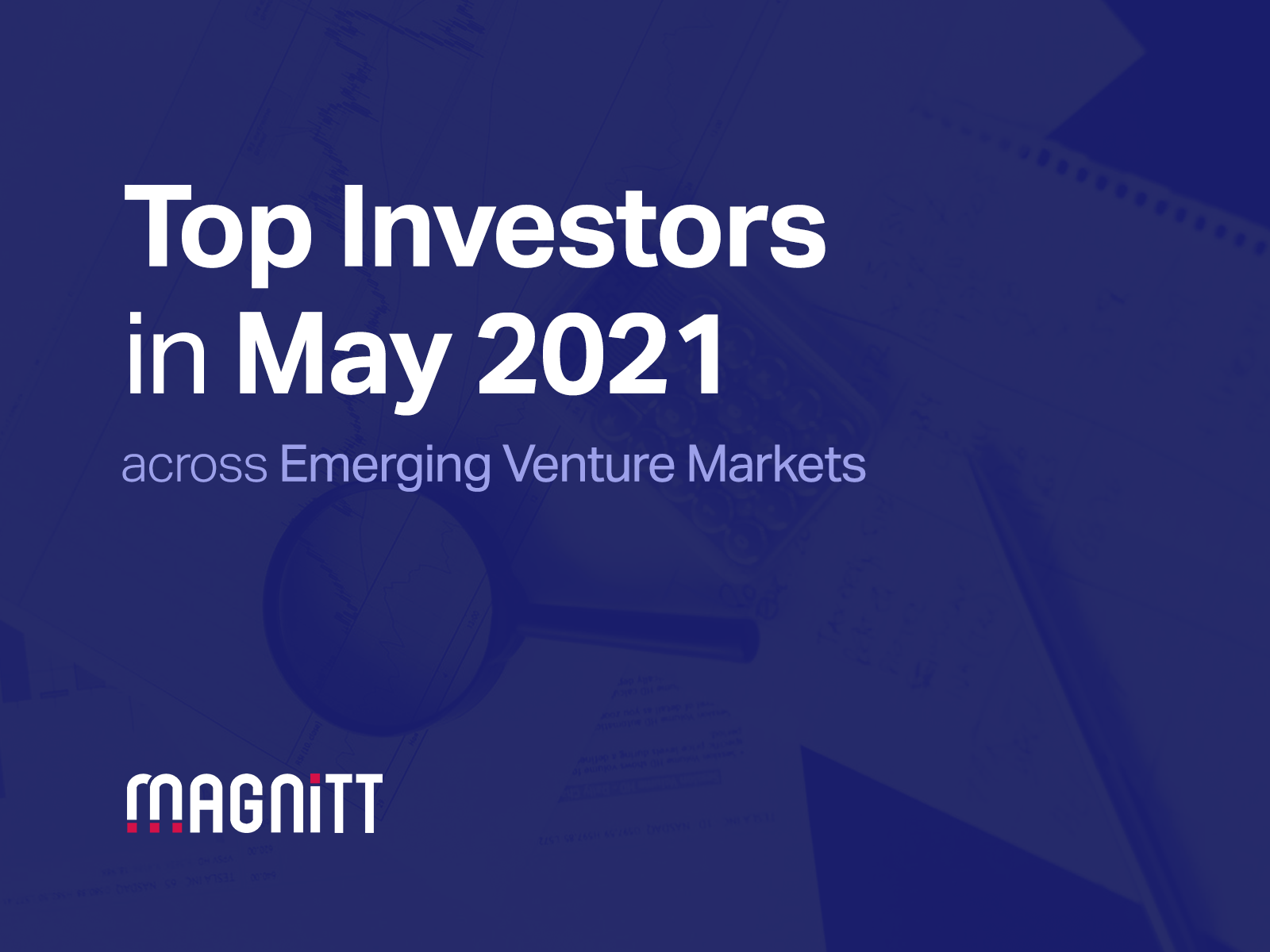 Top Investors in May 2021 across Emerging Venture Markets

Check out all active EVM investors in 2021 on MAGNiTT

MAGNiTT’s data on venture investments in May 2021 revealed two important insights. First, the average deal size soared across MENA and Pakistan, increasing by four times year-over-year. Second, the capital deployed in May 2021 was reasonably higher than that deployed in May 2020 across all EVM geographies covered by MAGNiTT. Funding to startups doubled year-over-year in MENA, tripled in Pakistan, and increased by a fifth in Turkey.

Together, these trends pointed to healthily recovering investor confidence as startups like Sary and Homzmart closed high-value later-stage deals.

Given this reassuring interest from major ecosystem players, we identified three top investors from May 2021 that backed at least three deals in the month:

A key VC firm based in the UAE, Global Ventures supported three regional startups in the month of May. Two of these, Fintech firm Mamo and Media startup Minly, were also headquartered in the UAE. The investor’s third interest was the Egyptian F&B venture Elmenus. In two of the three deals, Global Ventures stood tall as the sole investor.

Through the course of the year, Global Ventures has already closed eleven deals until May, all in favor of MENA-based startups. A particular one that stands out is a $34M Series A round raised by Tribal Credit, where Global Ventures was one among nine other investors.

An ardent supporter of technology startups, China’s MSA Capital has a history of funding leading businesses across global markets. In May 2021, the firm deployed capital into E-commerce startups Homzmart and Sary, and Delivery & Logistics startup Flextock. The latter two are Egypt-based ventures while Homzmat primary operates out of KSA. The funding round closed by Sary, valued at $31M, was the largest of the three deals.

The investor kick-started its 2021 transactions only in May.

All investors active in the Turkish VC ecosystem in May were based locally. The most prominent of these was IdaCapital, an investment firm that financed three early-stage deals. Operating within a varied bunch of industries ranging from Fintech to Agriculture, startups Worq Company, Fintegre and AgrioFinans all raised rounds worth half a million dollars in May 2021.

To learn more about how the VC Ecosystem changed in Emerging Venture Markets, access MAGNiTT's May 2021 Venture Investment Dashboard

Top Investors in May 2021 across Emerging Venture Markets