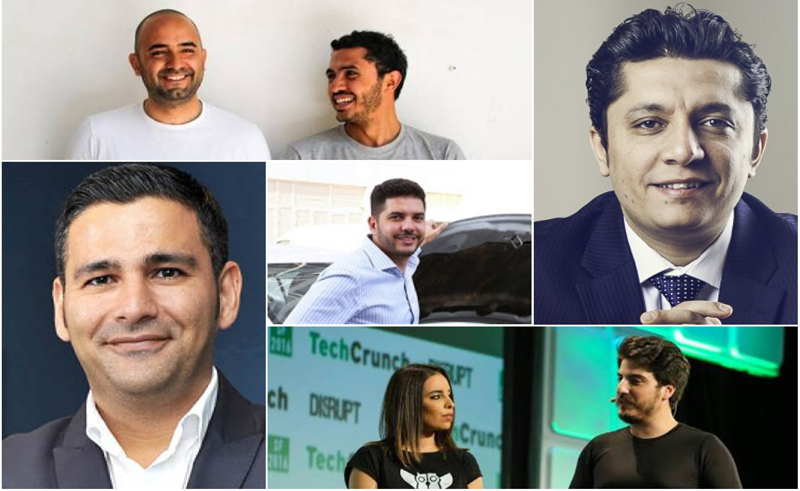 SOURCE: Cairoscene - TOP 9 INVESTMENT DEALS IN THE MIDDLE EAST IN 2017 SO FAR

Magnitt has released the funding report of the MENA region’s first quarter of 2017, which reveals a steady start of the year, as $36M were invested in startups from 35 new deals and multiple VCs. The Key takeaways from their report show that the investments of the first quarter are overall similar to the same period in 2015, but below the funding of the same quarter in 2016 - fuelled by Souq's $275M and $67M in Wadi.com. So who were the regional champions at the top of the game? From Vezeeta’s $5M deal to Izico $12M investment, here are the largest investments in the first quarter of 2017:

1. Iyzico: the Turkish online payment and FinTech leader secured an investment of $15M in two stages; $12M in January, from Vostok Emerging Finance, and $3M from Amadeus Capital Partners in April, in their Series-C round of investment. Iyzico offers seamless cross-border payment solutions that enable any international merchandiser to expand their business and sell their products/services in Turkey.

2. Lebanon's Scriptr: The IoT application marketplace had closed their round of investment in March with $5M for their Series-A funding, led by Middle East Venture Partners (MEVP). The startup allows users to build their own IoT projects with secure endpoints and logic for the Internet of Things, as well as to create APIs to connect data, events, and orchestration to enterprise systems. The startup also offers solutions in fields as diverse as automotive, manufacturing, and healthcare.

3. Egypt's Vezeeta: in January, the Healthcare industry-leading platform landed an investment of $5M for their Series-B investment from Silicon Badia invest, which helped the startup grow regionally by expanding in Lebanon and Jordan. Vezeeta is considered one of the easiest ways to search for doctors in your neighbourhood across different fields and book a meeting with them at their availability and check out the reviews, rating, and fees of each one of them.

4. Jordan's Liwwa: The intermediary online platform between individual investors and small and medium-sized startups, founded in 2013 by Ahmed Moor, raised $2M in March from Silicon Badia invest. So far, Liwwa has underwritten a total of $4.4M across 150 loans, taking the region's entrepreneurial ecosystem by storm. The idea is simple: if you have a startup and need a push, you can submit a loan application through the website, and your campaign will be posted on their website for the investors to check it out.

5. Step Conference: The Dubai-based interactive gathering had successfully closed its Series-A funding round with a $2M investment from different VCs, including Wamda capital, Dubai Silicon Oasis Authority, and the international VC firm North Base Media - which focuses on media, journalistic enterprise, and digital-driven opportunities.

6. Turkey's Sinemia: The subscription-based movie service, which gives unlimited cinema tickets for fixed monthly fees to all movie theatres in Turkey, raised $1.5M from Revo Capital to scale up in the USA.

7. Carswitch: The startup raised $1.3M in March from early stage incubator Glowfish Capital, after achieving a 30 percent month-on-month growth. The startup is disrupting the car selling market, and it’s considered one of the first marketplaces for certified used cars. The platform takes the process starting from advertising, to receiving calls, to arranging test drives and even closing the paperwork, facilitating transactions on both sides.

8. Myki: The Lebanese firm founded by Antoine Jebara and Priscilla Sharuk raised $1.2M in January, led by LEAP ventures and BECO capital. Myki provides a solution for online identity management, replacing username and password with your own fingerprint.

9. Melltoo: The Dubai-based started was able to secure $1M funding in January from Middle East Venture Partners (MEVP), Nomadic Capital, and Saudi VC firm, and Raed Ventures. Melltoo is a peer-to-peer marketplace for buyers and sellers of secondhand items, offering their ‘Pay and ship’ service throughout different countries in MENA, including Egypt, Qatar, and Kuwait. The entrepreneurs are now using their investment to expand to Saudi Arabia.

SOURCE: Cairoscene - TOP 9 INVESTMENT DEALS IN THE MIDDLE EAST IN 2017 SO FAR