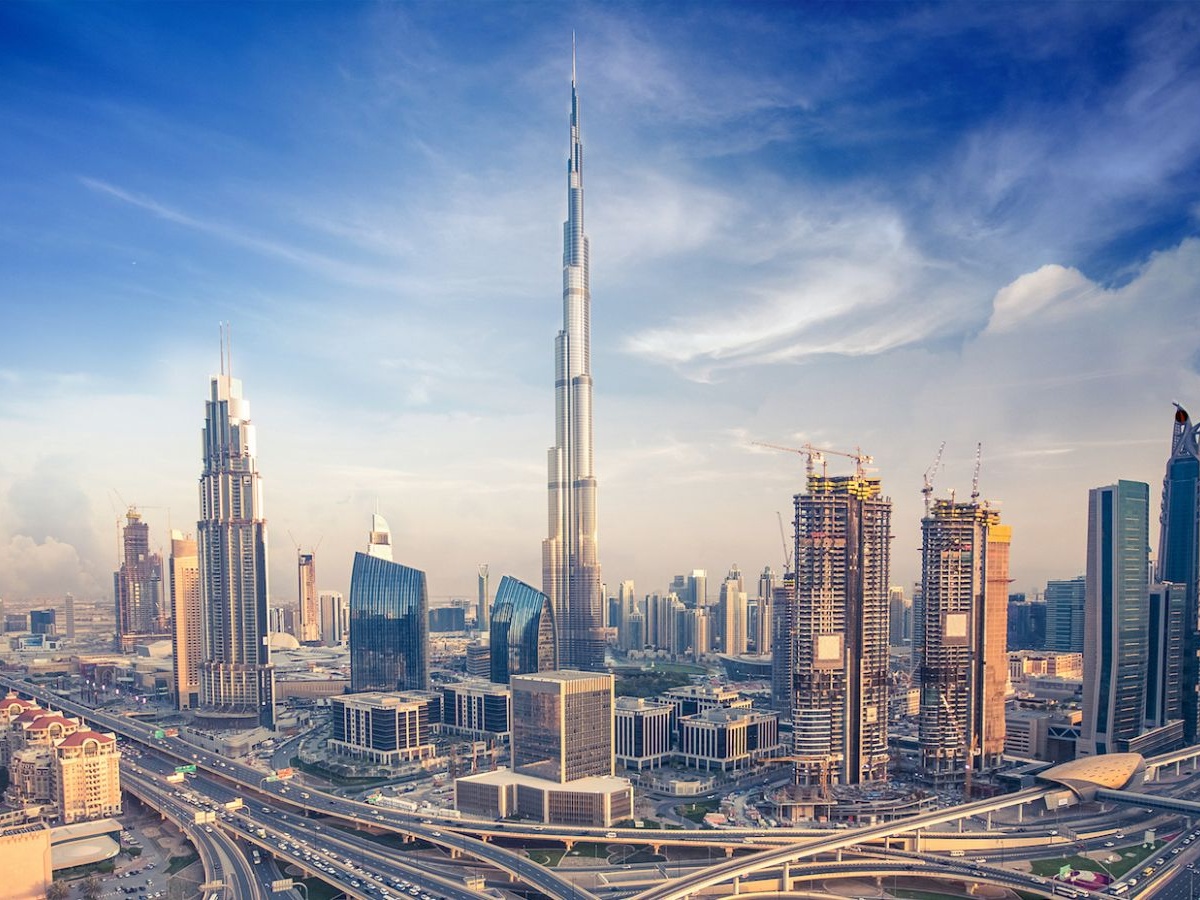 The United Arab Emirates (UAE) has long been one of the entrepreneurship hubs in the Middle East and North Africa (MENA), retaining its top spot in H1 2019 by accounting for 26% of all deals and 66% of all funding in the region.

Aside from funding, the country has also seen other success stories with the two largest exits in the region. This includes the first unicorn exit ever, with Dubai-based ride-hailing app Careem being acquired by Uber for $3.1B, as well as the landmark acquisition of Souq.com by international e-commerce giant Amazon for $580M.

With conference season kicking off in September, including well-known conferences such as GITEX Future Stars, the largest startup event in the Middle East, North Africa and South Asia, we look at the top 10 most funded startups headquartered in the UAE to brush up our knowledge of the funding landscape. 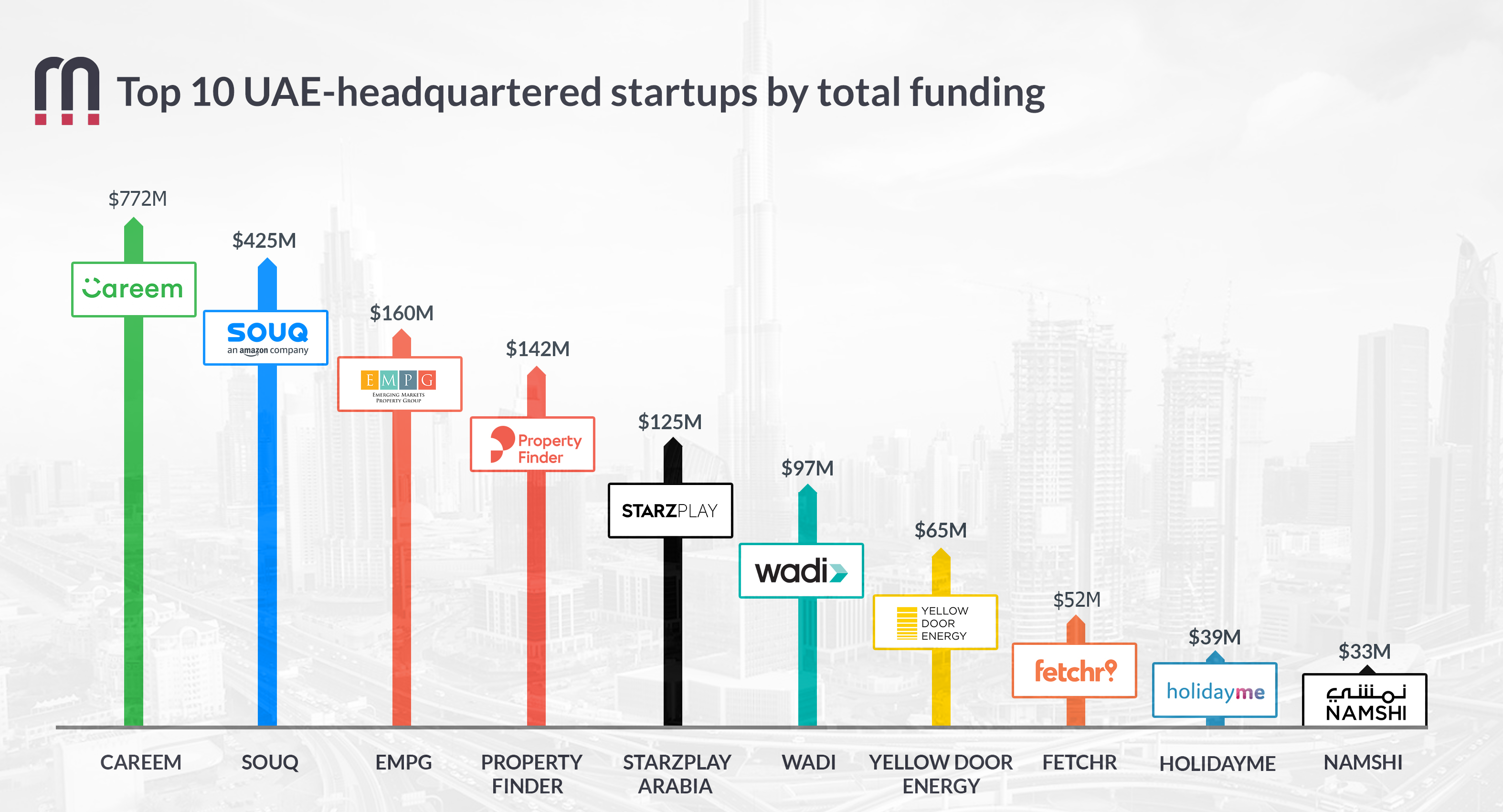 Currently, the company provides its services in multiple Middle Eastern, North African and South Asian countries, including its expanding product line, including many initiatives such as Careem NOW for food delivery, as well as package delivery services.

Founded in 2005 by Ronaldo Mouchawar, Souq has become one of the most well-known e-commerce websites in the region, operating its own e-commerce business and providing a marketplace for third party sellers in the Middle East and North Africa region. In total, Souq raised $425M in funding.

In March 2017, in another landmark acquisition by an international player, Amazon announced it would acquire Souq for $580 million, after which the American e-commerce giant recently rebranded its UAE-based business from Souq to Amazon.

Aside from ride-hailing and e-commerce, real estate has always been a big industry in the UAE. The Emerging Markets Property Group (EMPG) looks to capitalise on this large industry, and has raised a total of $160M to build out its various property portals around the Middle East and beyond, including Bayut.com in the UAE.

Outside the UAE, EMPG owns the leading property portals and provides solutions that make the property searching faster and easier in emerging markets around the world, such as the Middle East and South Asia. Aside from Bayut in the UAE, EMPG is the parent company of Bproperty in Bangladesh, Zameen in Pakistan, and Mubawab in Morocco, the latter of which recently acquired Egypt’s Jumia House to expand their presence in the country.

Another well-known property portal in the region is PropertyFinder, which raised a $120M funding round in 2018, with which its total funding reached $142M. Founded in 2005, it is the largest real estate portal for finding residential and commercial property for rent or sale across the Middle East and North Africa.

It works with brokers to list properties on a single platform, which makes it easier for people to access all of the information about properties. The site also provides with real estate news, home advice, and guides.

Like EMPG, PropertyFinder has looked to expand its local footprint through several acquisitions over the years, including Bahrain Property World, as well as Dubai-based eSimSar and JRD Group.

Starzplay, on of the largest entertainment players in the region, has raised a total of $125M. The company provides an entertainment website founded in 2014, which offers its users from 19 countries across the Middle East and North Africa a premium viewing experience of movies, TV shows, documentaries, and content from the international level studios.

Starzplay is aligned with the global industry investors ‘Starz’, which is owned by Lionsgate. The other companies that have made investments in Starzplay include the world’s third largest asset manager, State Street Global Advisors (SSGA), as well as media and technology investment firms SEQ Capital Partners and Delta Partners.

Founded in 2015, Wadi is an online grocery shopping portal with a wide range of products available in the UAE and Saudi Arabia. Since its inception, the company has managed to raise a total of $97M, of which $67M was raised in its Series A funding round in 2016, which was led by Saudi-based Al Tayyar Travel Group. It was the largest Series A funding secured by a startup in the history of the Middle East.

After its quick expansion, Wadi got acquired this year by Dubai-based Majid Al Futtaim, an Emirati holding company that owns and operates hotels, shopping malls, and many other businesses across the Middle East, Africa, and Asia.

Founded in 2015, Yellow Door Energy is a rapidly growing UAE-based commercial solar developer that provides energy efficiency solution and lease-to-own solar power to commercial and industrial businesses. It has raised a total of $65M in Series A round of funding to scale its investments in solar energy transition in the Middle East and Africa.

In May this year, aforementioned Majid Al Futtaim has also signed with Yellow Door Energy to bring solar power to its Carrefour stores in Jordan by the spring of 2020, indicating the growing appetite for renewable energy in the region.

Fetchr is a UAE-based pickup and delivery service app that provides mail delivery and logistics services, founded in 2012. Fetchr managed to raise a total of $52.1M in its three rounds of funding. According to a senior company official, Fetchr will launch its Series C round of funding this year, which will be considerably bigger than the previous Series B round, in which a total of $41 million was raised by Majid Al Futtaim, YBA Kanoo, VentureSouq, BECO Capital, Swicorp, Raed VC, Iliad Partners, and New Enterprise Associates.

Launched in 2014, HolidayMe is an online portal offering customized travel solutions to travelers across the Middle East, having raised $39M since its inception. The company provides customized travel packaging solutions, which enables travelers to lower costs through customized holiday packages including hotels, flights, sightseeing activities and transport.

According to last year’s statistics, HolidayMe experienced high growth in the Middle East over the past few years, with a transaction growth rate of 163% YoY and GMV growth rate of 127% YoY.

Last, but certainly not least on the list is Namshi, a Dubai-based online e-commerce site offering footwear and fashion clothing brands. The company has managed to raise a total of $33M in two funding rounds before its acquisition by Emaar Properties, a real estate development company.

Emaar had already bought a 51% stake in Namshi for $151M in May 2017, with Global Fashion Group (GFG) retaining the 49% stake. Earlier this year, however, the real estate conglomerate acquired the remaining stake of GFG for $129M, valuing the company at roughly $263M.