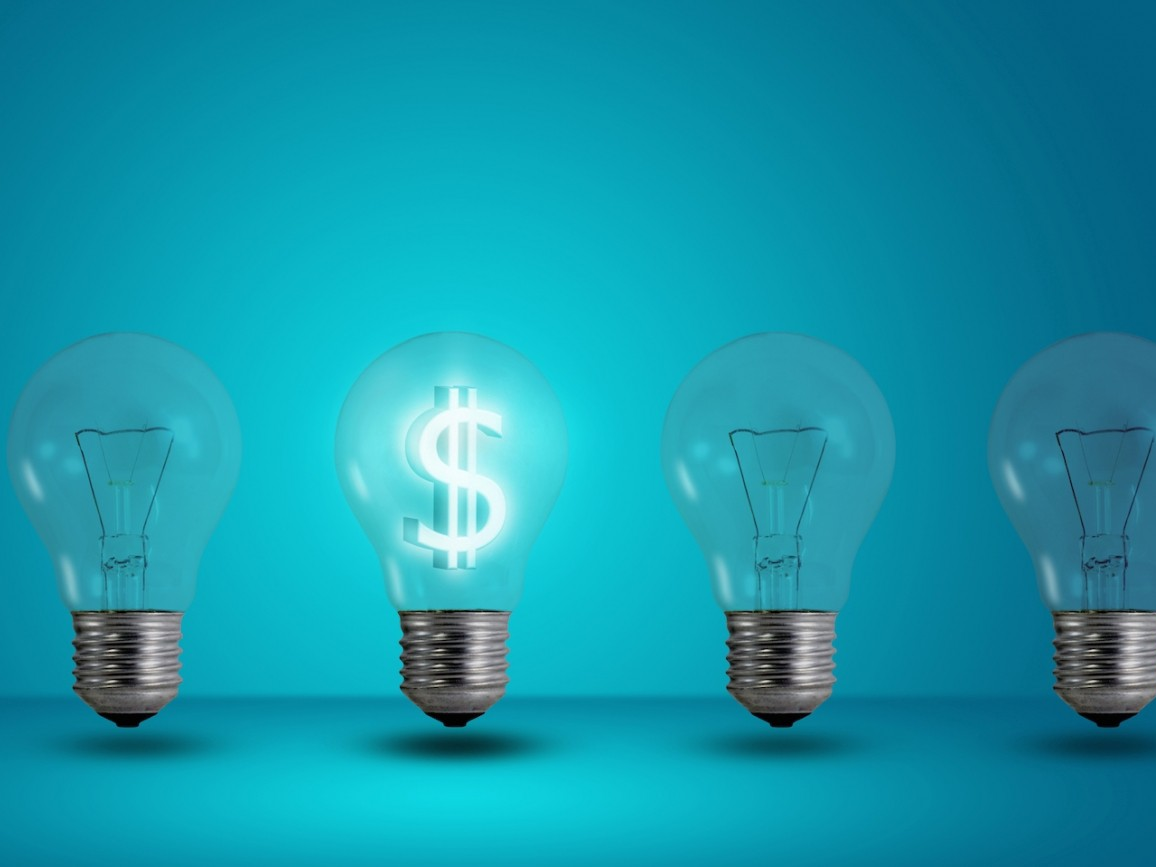 Aside from the UAE, which has historically received the majority of venture capital funding, there have been other countries that have seen flourishing startup ecosystems.

Examples include Egypt, which became the fastest growing ecosystem by number of deals in 2018, as well as Bahrain, Saudi Arabia and Tunisia, which have launched multiple innovation and entrepreneurship initiatives to foster their regional ecosystems. According to MAGNiTT data, Egypt accounted for 21% of all deals in H1 2019, with Bahrain (5%), Saudi Arabia (11%) and Tunisia (8%) each increasing by 3% from H1 2018 to H1 2019, respectively.

With these initiatives, there have been several promising startups that have come from these countries, which have been laid out below by total number of funding.

As GITEX Future Stars, the largest startup event in the Middle East, North Africa and South Asia, approaches fast in October, we look at the top 10 funded startups headquartered outside of the UAE, based on disclosed funding amounts: 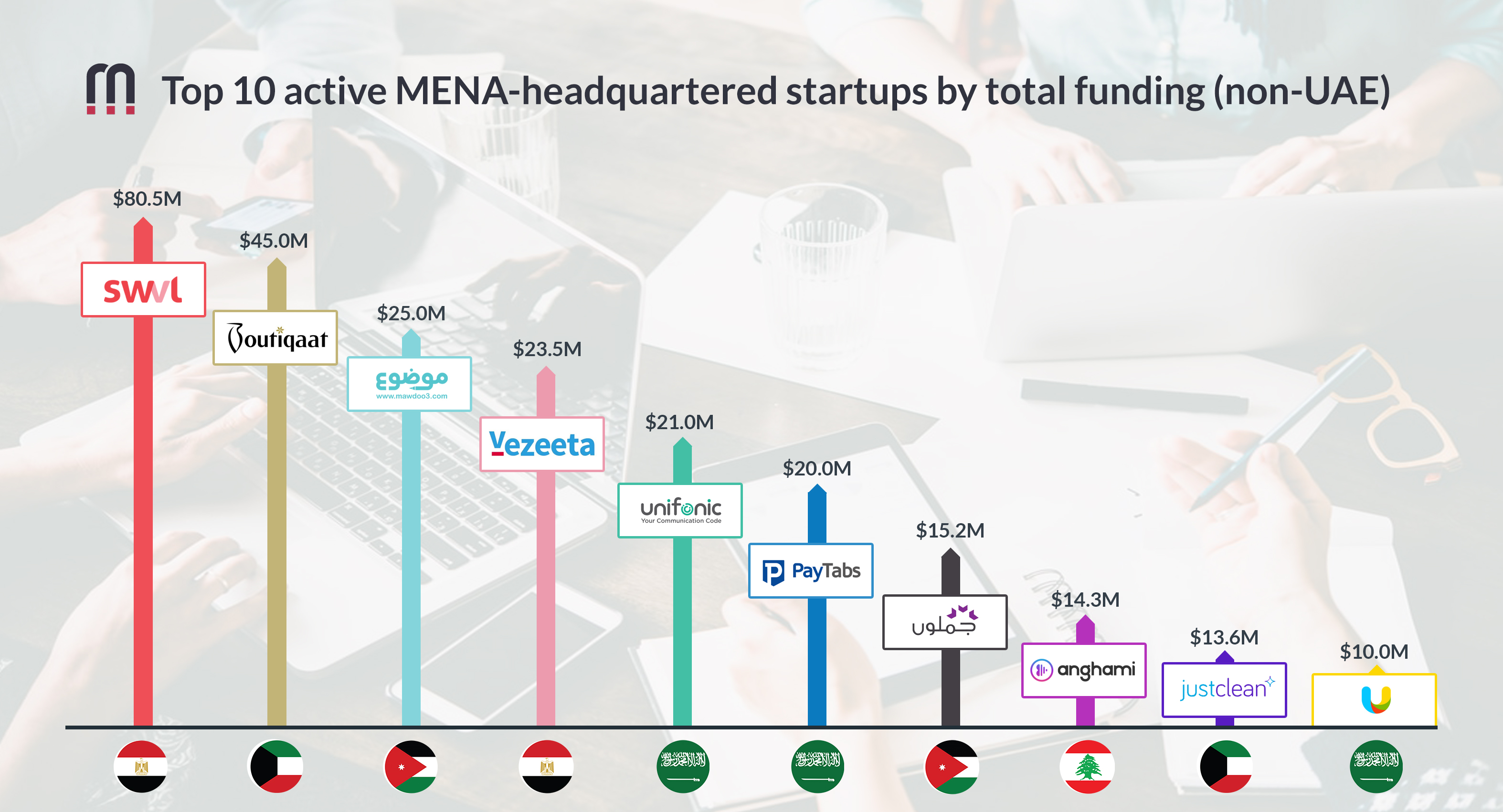 Swvl is an Egypt-based bus hailing application that recently expanded its operations to Pakistan. Providing “affordable, quality, convenient and reliable” bus rides, the startup is working towards making commute in public transport easier and hassle free for the masses.

After raising a total of over $80.5 million in previous rounds, Swvl became the highest funded Egyptian startup and the top funded startup based outside the UAE. Swvl, however, looks to move its headquarters from Cairo to Dubai by November this year, as was reported just a few weeks ago.

Founded in 2015 by a Kuwaiti entrepreneur, Boutiqaat is an e-commerce cosmetics and goods distributor in Kuwait. Founded initially only for a female audience, its services now cater to men too. Users can visit their website, browse through 700+ brands and leave with products that are personally recommended to them.

With its online e-commerce offering, Boutiqaat raised a $45M investment round from Boubyan Petrochemical Company in December 2018, ranking it second in this list.

Recently, the Kuwaiti startup claimed that it had doubled its valuation to $500 million in 18 months after receiving investments from an undisclosed Gulf based firm.

Established in 2010, Mawdoo3 is a Jordan-based content publisher that works in a similar fashion to Wikipedia, with the major difference being that the content is in Arabic. The website currently has 150,000+ articles on a variety of topics.

Moreover, unlike Wikipedia, Mawdoo3 uses a more centralised system to produce its content. Its team consists of 20 full-time employees that work on the content, which covers major Arabic-speaking markets.

In May 2019, Mawdoo3 announced the close of a $23.5M Series B round, the largest-ever funding round for a Jordanian startup. This brings Mawdoo3’s total funding to $25M, ranking it third on this list.

Launched in 2011 in Cairo, Vezeeta has been called the ‘Uber for Ambulances.’ It is a platform, which allows its users to easily search for information about medical practices and doctor’s individual schedules.

To date, the Egyptian startup has raised a total of $22.5M in funding. According to Vezeeta’s team, the platform has served 2.5 million users, has had 3 million bookings and connected more than 10,000 doctors in Jordan, Saudi Arabia and Egypt.

Unifonic, the highest funded Saudi-based startup, claims to be the leading cloud communications platform in the Middle East. It currently has more than 5,000 clients including Uber, Domino’s, Aramex and Alinma Bank.

Back in October 2018, Unifonic raised a $21M Series A funding led by a Saudi telecom-backed venture firm. The KSA startup will be using the funding to expand into new markets.

PayTabs is a B2B payment processing company that aims to provide an alternative method of payments. The company recently announced its partnership with another B2B digital payments provider, Payoneer, to launch its services in India and expand beyond the MENA region.

This partnership will provide SMBs (small and medium businesses) an easy way to carry out their transactions. PayTabs has raised a total of $20M to date.

Jamalon is an Amman-based online book store that was founded in 2010. In recent months, the startup announced that it offered 10 million publications in both Arabic and English.

In March 2019, Jamalon managed to raise $10 million in a Series B funding, bringing its total funding to $15.2M to date. Wamda Capital led the investment, with participation by Aramex, Anova Investments, 500 Falcons and Endeavor Catalyst. These funds will be used to “increase the reach of Arabic books across the globe.”

Launched in 2012, Anghami is the first ever Arabic legal music streaming platform that helps artists in digital distribution. It caters specifically to the Middle Eastern and North African population.

One of the co-founders, Elie Habib, spoke about the competition faced by the platform, saying “It’s not like I’m afraid of competition from Spotify or Deezer or whatever, I’m much more interested in competition with piracy and how we can actually help people or get people using a legal service.”

Anghami now has over 21 million monthly active users and 1 million paying subscribers, and raised a total of $14.3M to date.

A Kuwait-based business, JustClean aims to revolutionise the laundry business across the Gulf. Currently providing its services in the UAE, Kuwait and Bahrain, JustClean is looking to expand its business to Saudi Arabia (Jeddah and Riyadh), by the end of this year.

Back in February 2017, Faith Capital, a Kuwait-based venture capital fund, announced a $5.6M SEED investment in the startup. By the start of 2019, Faith Capital announced that the investor had invested another $8 million in Series A funding in the company, bringing its total funding to $13.6M.

Established in 2010 as a digital production company with original YouTube shows, UTURN Entertainment is an online entertainment network in Arabic and has raised $10M to date. The company focuses on only providing Arabic content and caters to the demand of the audiences based in Kuwait, Saudi Arabia, UAE and Bahrain.