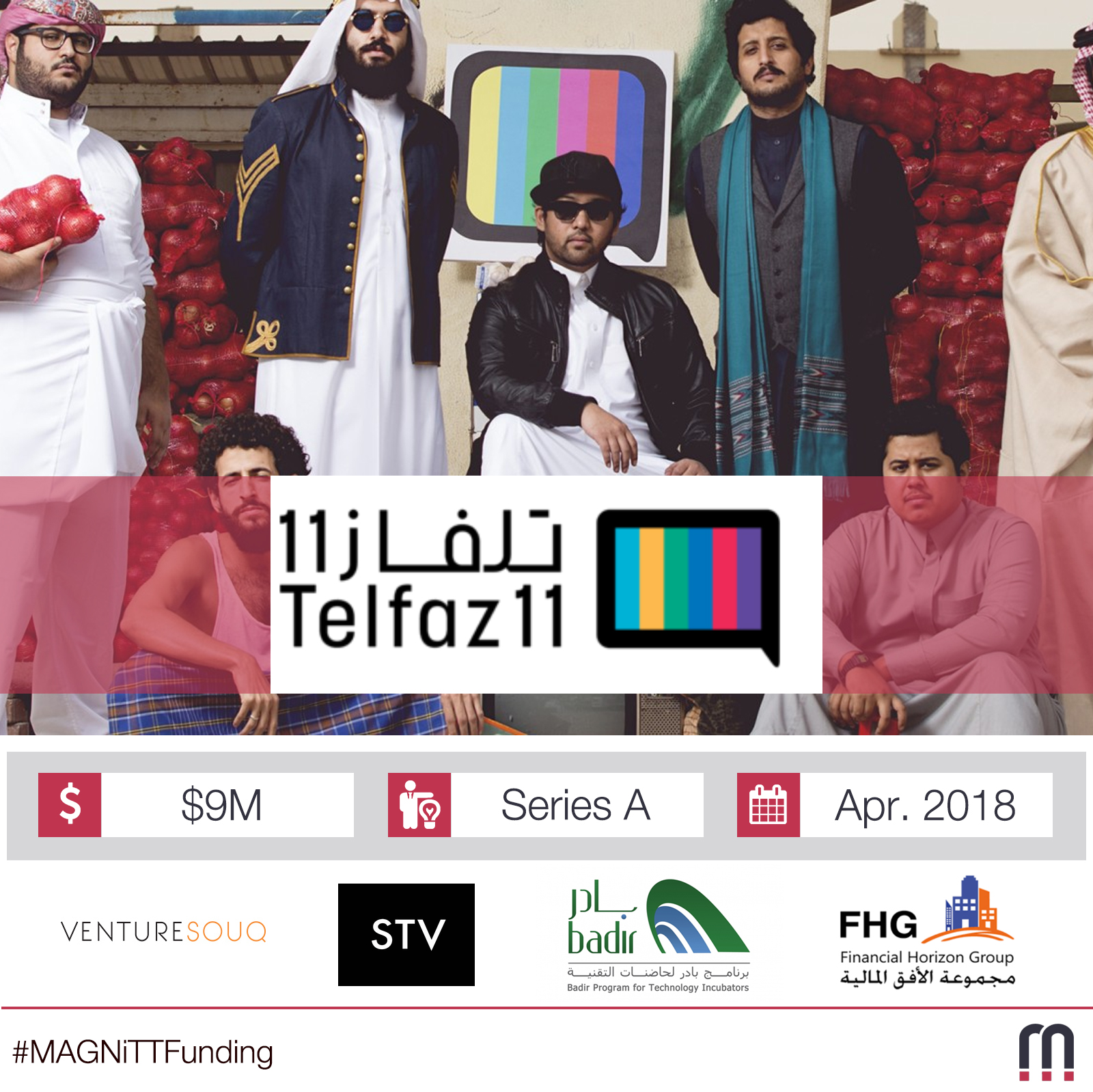 Leading digital media company with 20 million YouTube subscribers on its network will utilize funds to build capacity, accelerate revenues and scale operations as Saudi Arabia ushers in a new era of entertainment

Riyadh, Saudi Arabia, 29 April 2018: Telfaz11, the most influential digital media company based out of the Kingdom of Saudi Arabia, has received a USD 9 million investment from lead investor Saudi Technology Ventures (STV), with VentureSouq, Financial Horizon Group and Badir also joining the Series A round of funding.

Widely recognized in the Arab digital entertainment space for combining narratives drawn from the local culture with elements of humor, Telfaz11 is the creative force behind a number of successful YouTube shows, including Temsa7LY, Khambalah, Alkhallat, and Telfaz11 Top 5. The platform has gained widespread popularity across the region through its engaging content that has influenced social trends and given a voice to the Saudi community.

With a growing viewership of over 20 million followers and more than 2 billion views on YouTube, Telfaz11 is set to utilize the funds for capacity building, to bring Telfaz11 to the next level of operational, programmatic, financial or organizational maturity; accelerate revenues by growing its creative and advertising offerings to increase the rate of monetized content; and scale operations through a strategic expansion in key neighboring markets.

“Since the inception of Telfaz11 in 2011, our goal has been to support the growth of Saudi’s entertainment sector by creating local creative online content that resonates strongly with domestic and GCC audiences. Saudi Arabia’s ongoing wave of economic diversification has unlocked a new era of entertainment in the country, opening doors to a whole new world of opportunities for local players like Telfaz11 and attracting tremendous investor interest in the Saudi market,” said Alaa Yousef Fadan, Chief Executive Officer, Telfaz11.

“Having such leading partners on board will allow us to benefit from their extensive knowledge and expertise and provide a significant boost to our creative output and production capabilities. In our pursuit to become the definitive media technology company for the social age, these investments will help accelerate our long-term growth plans, as we channel the funds towards expanding our team and exploring new platforms and verticals,” Fadan added. 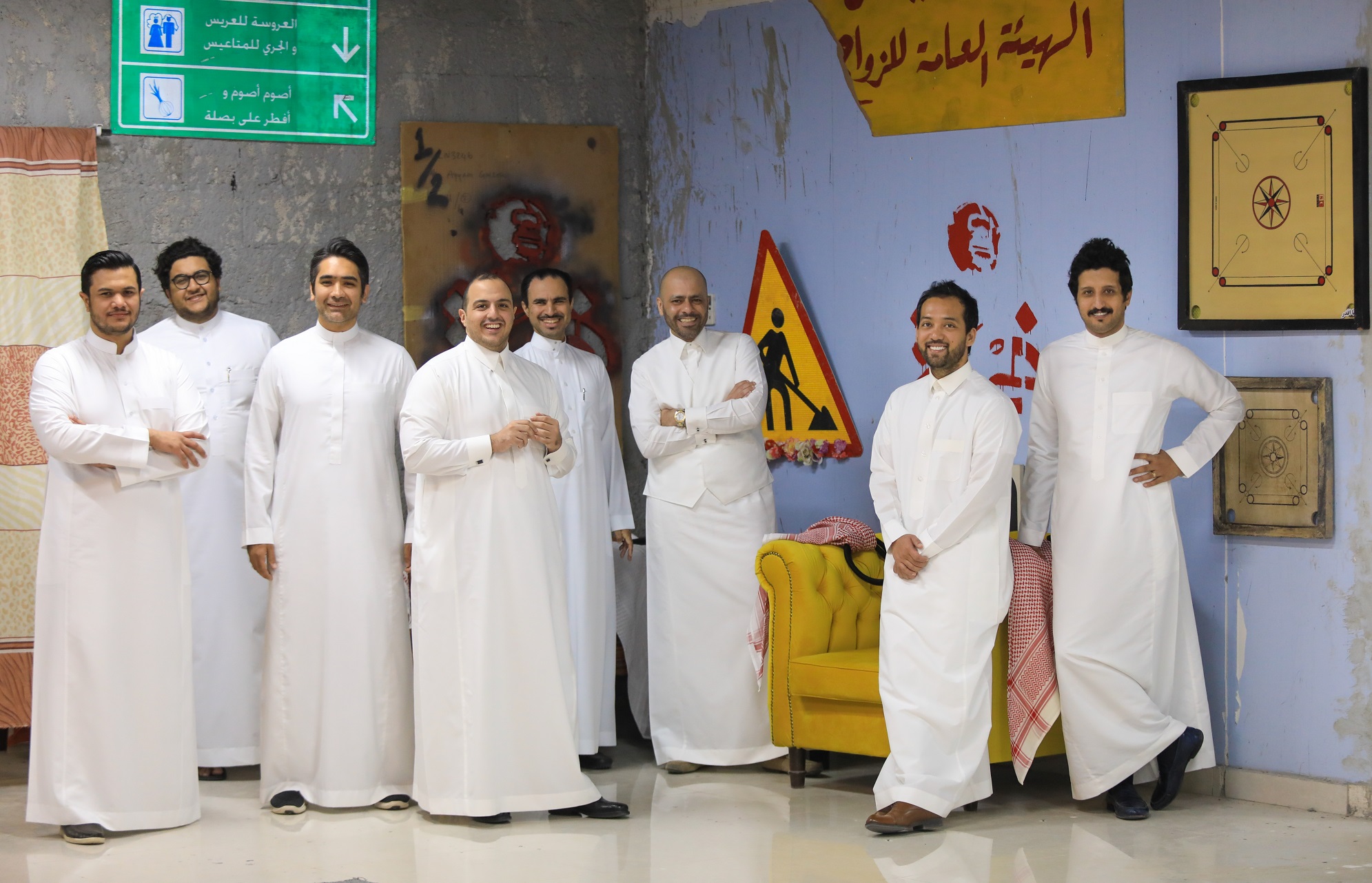 “We believe the digital and entertainment ecosystems in Saudi Arabia are ripe for disruption and can unlock value on a regional level. Investing in Telfaz11 will further strengthen our commitment to investing in digital media trailblazers that are shaping the future of the Kingdom’s digital landscape through innovation and ambition,” said Waleed Alballaa, Partner, STV.

“VentureSouq believes that home-grown companies with Saudi DNA will drive the Kingdom’s transformation from an industrial-based to a knowledge and technology-based economy. As the country moves full steam ahead to realize its digital potential, we believe that investing in companies like Telfaz11 that are capable of realizing and scaling their growth ambitions is once-in-a-generation opportunity. We are looking forward to working closely with the Telfaz11 team to align our strategic goals and help the network grow their reach and expand their offering through new avenues,” said Maan Eshgi, Partner, VentureSouq.

Telfaz11 was listed among the top 50 startups in Saudi Arabia in 2016 by Forbes Middle East, and has screened three of its short films at Paramount Studios to a number of top Hollywood executives and actors as part of the Saudi Film Days festival. In May, the company will be screening short films at the Cannes Film Festival where it will be representing Saudi filmmakers along with the Saudi Film Council.

Telfaz11 is the most influential digital media company based out of the Kingdom of Saudi Arabia, with 20+ million subscribers on its network, over 20 million followers on social media and more than 2 billion views on YouTube. Led by a young team of unconventional storytellers and social influencers, Telfaz11 has popularized local entertainment by conceptualizing and producing creative online content. As a pre-eminent platform in the region for nurturing local creativity, the channel has attracted a number of internet talents in the Middle East. Telfaz11 has to its credit a number of viral videos, including No Woman, No Drive, Khambalah - Manhood Academy, and Aljisr – Kafeel as well as popular YouTube shows, including Temsa7LY, Khambalah, Alkhallat and Telfaz11 Top 5. Dedicated to spotlighting home-grown entertainment and talent through high-quality, award-winning content, Telfaz11 facilitates seamless brand promotion and provides content creators and advertisers with unique solutions that create impact, boost brand engagement and drive monetization. Telfaz11’s diverse client portfolio includes Reese’s, NESCAFÉ Arabiana, Dunkin’ Donuts, Saudi Telecom Company and Volkswagen among others.