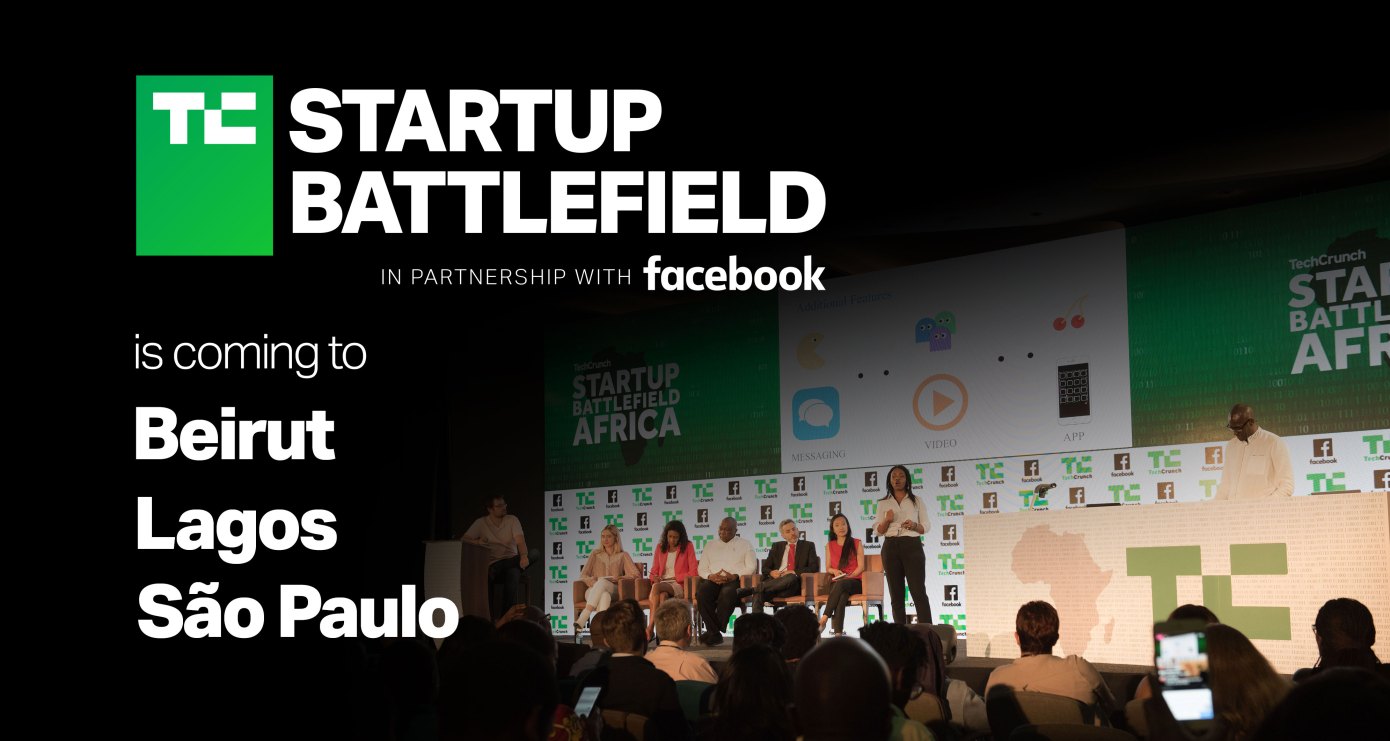 Everyone knows there are thriving startup communities outside of obvious hubs like San Francisco, Berlin, Bangalore and Beijing, but they don’t always get the support they deserve. Last year, TechCrunch  took a major page from its playbook, the Startup Battlefield competition, and staged the event in Nairobi, Kenya to find the best early-stage startup in Sub-Saharan Africa, and also to Sydney, Australia, to find the same for Australia and New Zealand. Both were successes, thanks to talented founders and the hard-traveling TechCrunch team. And now we’re pleased to announce that we’re stepping up our commitment to emerging ecosystems.

TechCrunch is once again teaming up with Facebook,  our partner for last year’s Nairobi event, to bring the Startup Battlefield to three major cities representing regions with vital, emerging startup communities. In Beirut, TechCrunch’s editors will strive to find the best early-stage startup in the Middle East and North Africa. In São Paulo, the hunt is for the best in Latin America. And in Lagos, Nigeria, TechCrunch will once again find the top startup in Sub-Saharan Africa.