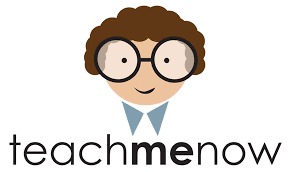 Teach Me Now, a Dubai-based online tutoring portal, founded by this week’s Entrepreneur of the Week Thea Myhrvold, has been awarded at a start-up competition in Hong Kong.

As the winner of Infiniti Speed Pitching, a start-up competition developed by Infiniti, a Hong Kong-based automotive brand, and its partner Nest, Myhrvold won a cash prize of $40,000 in seed funding.

The final event was held after the completion of a three-day mentorship training at Infiniti’s headquarters in Hong Kong.

Myhrvold was previously selected among 30 candidates who took part in Infiniti Middle East’s first ever speed pitching competition held at the Dubai Autodrome.

All of the 30 hopefuls were given seven minutes in the Infiniti Q70, a car “born out of entrepreneurial thinking”, to pitch their business ideas to the competition judges, who looked for GCC-based and GCC-focused innovative commercial propositions.

Myhrvold founded Teach Me Now, a global marketplace that connects student/parents to tutors online, which she describes as “the eBay of private tutoring,” in May 2015.

With thousands of tutors and students already using the platform, her team is now planning to boost these numbers in 2016 through a joint partnership with Microsoft's BizSpark and a number of enterprise clients she preferred not to reveal in an interview for StartUp upon her return from Hong Kong.

When asked about CSR-related initiatives, Myhrvold explained that Teach Me Now had a mission to make education accessible to everyone, including those with learning disabilities.

For them, her platform offers certain accessibility features, such as special fonts for dyslexics, while to Myhrvold’s team is also currently working on a project with the Norwegian government to give Syrian refuges access to education.