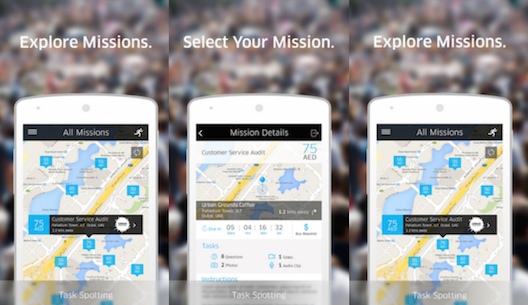 Market research app Taskspotting has announced the closing of their Series A round, to the tune of $1.2 million, led by Mena Venture Investments and an as yet unnamed Saudi corporate.

The fields in which the research can be conducted range from sharwarma tasting to asking questions at a car dealership.

According to cofounder and CEO Karim Aly the new funding will allow them to expand in the region, (they are currently only available in UAE), first to Saudi Arabia and Egypt before 2015 is over.