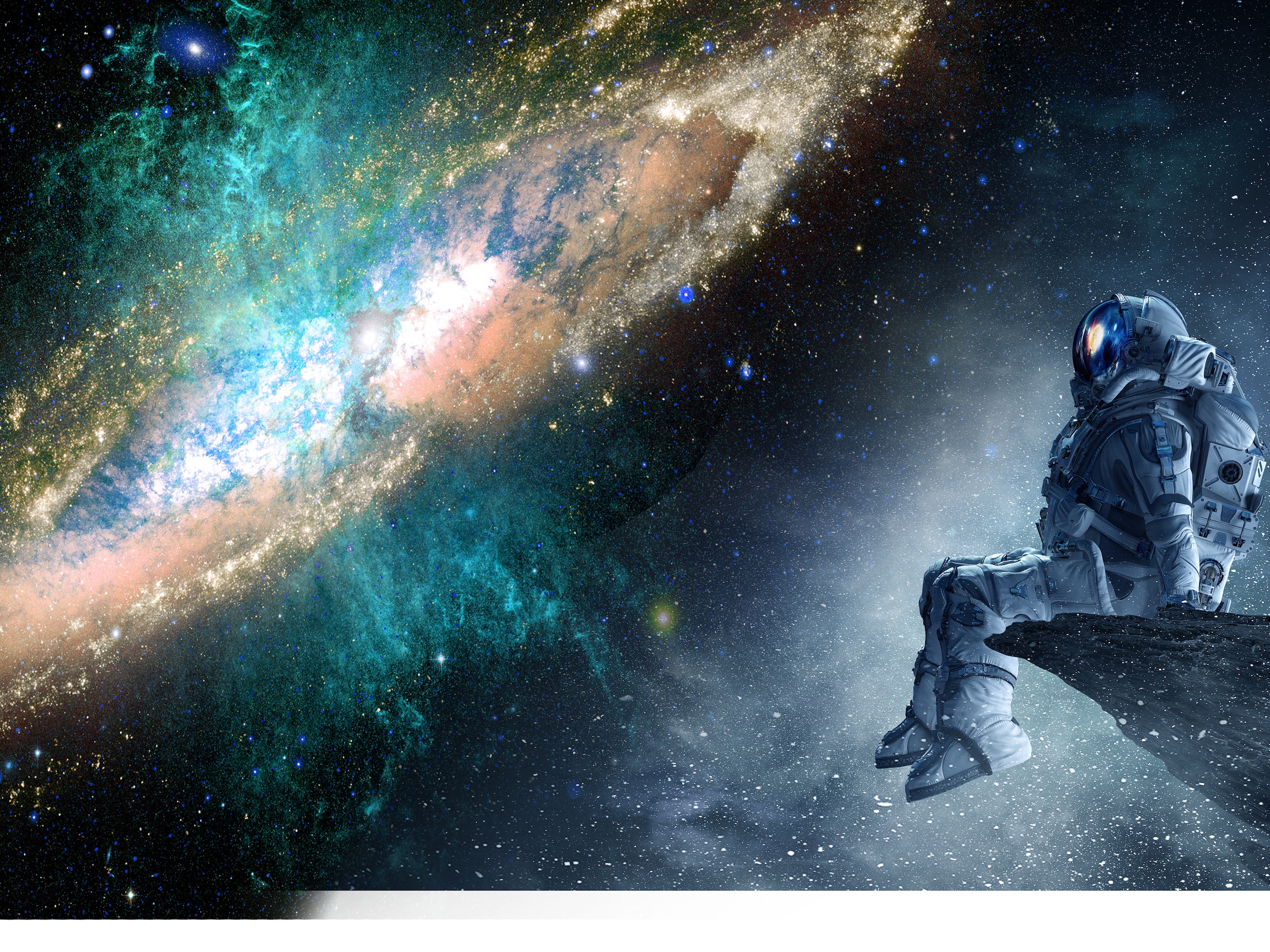 Saudi Arabia is transforming its technology landscape, aiming to become the regional hub for innovation and building an ecosystem where the tools of tomorrow are conceptualised and created. Powering that ambition is LEAP, a new mega tech event set to have a 'seismic' impact on the global stage.

Technology is a fundamental pillar of Saudi Arabia’s Vision 2030, and the last few years have seen a significant acceleration in the adoption of digital transformation initiatives.

The numbers back up the kingdom’s aspirations. Saudi Arabia is the region’s largest information and communication technology (ICT) market and was ranked among the top 15 globally in 2019.

According to IDC, ICT spending in the kingdom is set to reach $37bn this year, up 2.4% on 2019. The government, finance and communication sectors will spend in excess of $3.8bn on ICT this year, accounting for almost 53% of the total spend.

“The Saudi ICT market is grappling with a wave of new digital transformation realities,” said Hamza Naqshbandi, IDC’s country manager for Saudi Arabia and Bahrain. “The growth we are seeing in ICT spending is primarily being driven by an increased focus on giga projects and smart governance. These initiatives are spurring the adoption of artificial intelligence, robotics, the Internet of Things (IoT), cloud, blockchain, and a host of other emerging technologies as both the public and private sectors look to create synergies, cut costs, increase safety, and optimise processes across verticals in a whole new way.”

Saudi Arabia is accelerating ICT applications across sectors such as banking, insurance, healthcare, automotive, power and utilities, and education to drive socioeconomic benefits. But non-traditional tech segments such as innovation accelerators and third-platform technologies will also deliver a win-win outcome for businesses and the government, consultancy EY opined in a report.

“The most significant impact of ICT will be in unlocking the human potential and accelerating new ways of working – with 58.5% of the population under the age of 30, ICT technologies are expected to provide long-term employment sustainability.”

The ministry has also launched a five-year strategy aimed at accelerating the sector’s growth by 50%, elevating its contribution to GDP by $13.3bn, increasing foreign investments, and empowering and supporting the participation of women in the kingdom.

To go boldly where no man has gone before - Star Trek

One of the initiatives that is being launched by the MCIT, in collaboration with international events organiser Informa Tech is the LEAP event, which will play a major role in helping the kingdom achieve its targets.

“LEAP will be the most iconic and seismic tech event for a generation. It will serve the visionary strategic plan of the government to become one of the world’s top 20 tech enabled countries,” says Abdullah Amer Al-Swaha, Saudi Arabia’s Minister of Communications and Information Technology.

The event, which will be held from February 1-3, 2021 at the Riyadh Front Exhibition Centre, promises a showcase of technologies across AI, blockchain and cryptocurrency, robotics, 3D printing, IoT, biotech and healthtech, smart mobility, open source, quantum computing, 5G, materials science, space and satellites, data and fintech.

A key element is the startup pitch stage, which will see hundreds of startups and aspiring entrepreneurs present their ideas to a judging panel of seasoned investors for a massive cash prize injection. Dozens of prizes will be awarded to the best innovators and the most promising business ideas, including invitations to join some of Saudi’s well-funded government incubators and corporate accelerators, including a $55bn PIF investment fund for cutting-edge technology and R&D.

“No country in the region has the ability to fund startups to the same significance that Saudi Arabia does. LEAP will have a massive startup component with a globally significant prize fund for the competition. All government companies and departments will be invited to submit their challenges for startups to solve. All investment vehicles, including government, sovereign wealth funds, corporate investment arms, corporate accelerators, family offices, VCs and PEs will be invited by the government and Informa Tech to participate and treat LEAP as a major opportunity for acquiring, investing and incubating startups,” explains Carolyn Dawson, Managing Director, Informa Tech, London.

In December, at the 23rd session of the Council of Arab Ministers of Communications and Information Technology held in the kingdom, Saudi declared plans for Riyadh to become the Arab world’s “first-ever digital capital city”. It also created the Arab Digital Capital initiative to encourage the creation of a stimulating ecosystem for investment in ICT, activate plans that develop knowledge within the ICT industry across the Arab countries, and adopt new measures that will facilitate and enhance tech entrepreneurship in the Arab region.

Meanwhile, it has also started developing the futuristic mega-city NEOM, a 26,500sqm business zone announced in 2017 by Saudi Crown Prince Mohammed bin Salman as a tech hub, job creator and centre for foreign investment. The development is intended to be “an oasis of stunning cliffs, sandy beaches and high-tech projects powered by wind and solar energy where robots outnumber humans and a cosmopolitan lifestyle offers sports, concerts and fine dining,” it was announced at the time of launch.

“We will see Riyadh become a major global hub for technology over the next decade, spearheaded by enormous projects like NEOM, investment funds like the Public Investment Fund (PIF), and innovators like MCIT, Aramco, Sabic, KAUST, MISK and more.

Dr. Ahmed Altheneyan, Deputy Minister for Digital Capacities Development, MCIT emphasised this notion, sharing what technology he believes will play a part in developing Saudi Arabia’s future. “With NEOM, you have one of the greatest man made projects in history, a tech-driven region that will include smart cities, ports and enterprise zones, research centres, sports and entertainment venues and tourist destinations. It will be the home and workplace for more than a million citizens from around the world.

“With the MCIT Tech Industrial strategy, we are planning to ensure Saudi Arabia becomes a top-20 tech enabled economy by 2030. We are yet to realise our full potential in technology, especially emerging technology, and so special measures are in place now to ensure this sector flourishes, especially so we can support the digitisation goals of Vision 2030.”

Dr. Ahmed Altheneyan continued by exploring what technologies he sees as the most impactful to Saudi’s transformation, “The ministry has identified the following seven technologies as having a game-changing impact: IoT and connected devices, Artificial intelligence, Big data analytics, 3D printing, Robotics and drones, Distributed ledgers, AR/VR.

“Our market value forecast for these alone is SAR60bn by 2030, to grow annually in double digits. We believe these technologies will have their biggest impact across manufacturing, oil and gas, financial services, healthcare and government. Every government department is prioritising the use of technological innovations to transform the Saudi economy – for example PIF has a well-publicised $50bn fund dedicated to investing in emerging tech companies. That should give some indication regarding the very serious ambitions we have in the near future.”

Dr. Ahmed Altheneyan added, “The government has been mandated to help transform the kingdom’s economy and one of those aspects is to establish iconic and globally important events – LEAP is our answer to that for the technology sector and will help change the way we work and live forever. It aims to bring pilot technology to Saudi Arabia first, so that we have the ability to purchase and adopt it before anywhere else. The event will attract over 30,000 technologists to Riyadh and include over 600 of the world’s thought leaders from enterprise, investment, government, academia and R&D.”

Looking to the future, the role of technology is set to become ubiquitous, with its reach underlining progress, growth and innovation across all sectors. With the kingdom having declared its grand tech ambitions to the world, it is now ready to take the leap into the next level: a bold new world awaits.