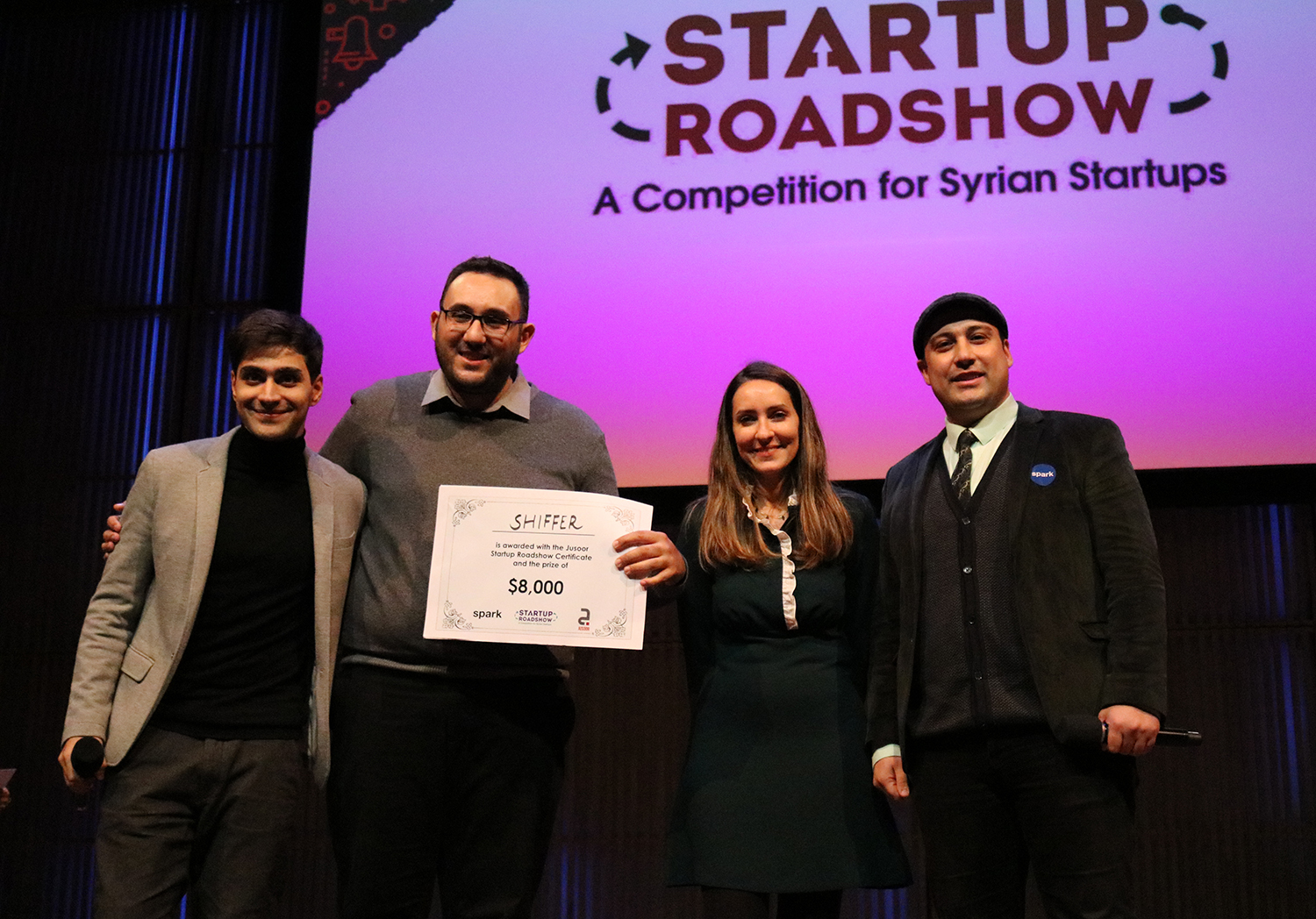 Amsterdam. Shiffer, a peer-to-peer shipping platform, won the first prize of Startup Roadshow competition at the SPARK Ignite Ignite Conference: Rebuilding Futures in Amsterdam, on November 28th. The startup was founded by Azhar Al Madani, a Syrian entrepreneur based in Erbil, Iraq.

The competition is the concluding phase of the Startup Roadshow: A competition for Syrian startups, organised by Jusoor and SPARK, in collaboration with Startups Without Borders. The second place was awarded to Fadfed, a HealthTech startup founded by Syrian entrepreneur Ibrahem Ahmed, which offers users access to mental health through a mobile app.

The roadshow, which started last September, toured the Middle East and held a series of bootcamps across 5 different cities, offering Syrian entrepreneurs training, mentorship, and perks to take their startup idea to the next stage. Having stopped in Beirut, Erbil, Amman, Gaziantep and Turkey - cities with large communities of Syrian refugees.

Sharqi Shop, an e-commerce platform for Middle Eastern crafts founded by Saleem Najjar, was awarded the YAG Audience Prize, provided by the Young Advisory Group, a student-led advising firm in the Netherlands. Prior to the event, the entity held a two-day workshop in the heart of the Dutch capital, where the finalists got trained on business and pitching.

“Refugees have no alternative than being entrepreneurial to survive; in fact, survival and fighting is one of the key components that you need to be an entrepreneur. So if you’ve learned that in the process of being a refugee, you have that stamina and that energy,” says Yannick Du Pont, founder and Director of SPARK.

“There were 700 applications to the roadshow, which makes us think that this is really scalable. There is so much more that we can do to help this companies become successful. That is going to be the next important step; because one thing is to start and to pitch, but becoming a business is very hard, even in the Netherlands, so I think we have to see how we can support this further,” adds Yannick Du Pont, founder and director of SPARK.

The 10 finalists of the Startup Roadshow cover a wide range of industries, including AgriTech startups, anti-theft devices, e-commerce, and HealthTech platforms. The Demo Day held at the Ignite conference hosted 5 of the finalists in Amsterdam, where the MENA Demo Day will be held in Beirut, Lebanon, on December 13th.

“We are very proud of what the entrepreneurs were able to do in a massive stage, at the wonderfully organized Ignite conference. They all came with wonderful ideas and impressed everybody. We got great feedback afterwards, which drives us even more to work with them in the coming years,” says Dania Ismail, Board Member and Director of the Entrepreneurship Program at Jusoor. Ismail also announced that there will be a second edition of the Startup Roadshow in 2019.