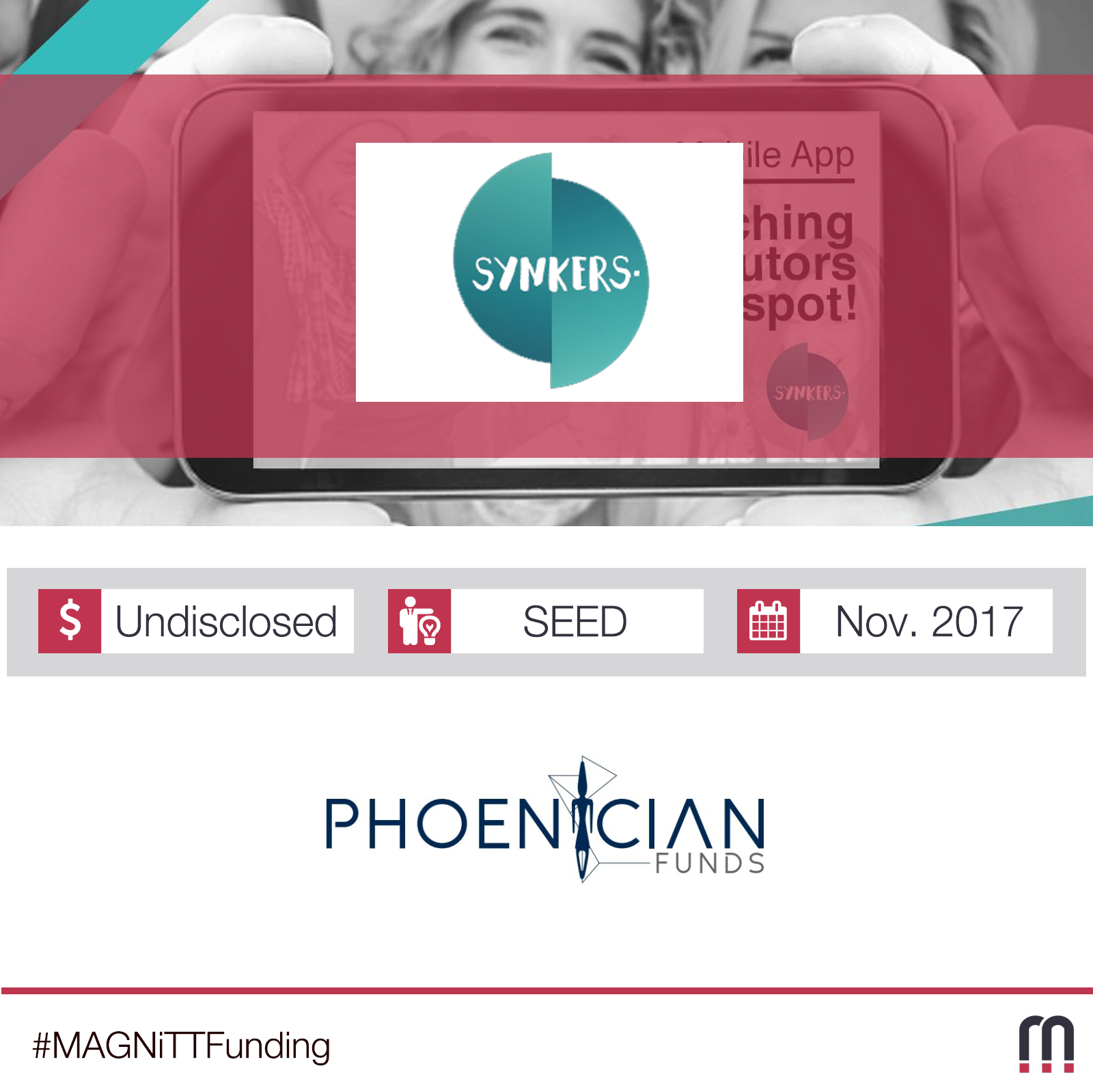 Beirut, November, 2017 – Synkers, a peer-to-peer private tutoring app, announced that it has recently closed a seed funding agreement with Phoenician Funds. This financing represents the first fundraising by Synkers following its graduation from Speed@BDD’s acceleration program in July 2017.

Through its peer-to-peer service, Synkers aims to build the largest community of knowledge exchange to enhance the academic performance of future generations. By enabling a seamless cross-border transfer of knowledge and making education accessible to all, Synkers intends to change the way education is being done and build a state of the art adaptive learning technology.

Because of its revolutionizing vision, Synkers was the only Lebanese start-up (from a list comprising more than 1,000 worldwide applicants of which 46 were shortlisted) selected by Dubai Future Accelerators to work closely with the government authorities to shape the future of education.  Following one year of operation in Lebanon working hand in hand with academic institutions, Synkers started operating in UAE a couple of months ago and accounts till date for over 15,000 students and 780 vetted tutors.

The investment provides Synkers with an opportunity to leverage quicker the fastest growing segment of the education (private tutoring) and scale its seamless technology across the MENA region in the coming 5 years.

Founded by three Lebanese women, Zeina Sultani, Sibylle and Audrey Nakad each contributing to the startup in her own way. Sultani who comes from a business development and marketing background is now making her dream come true through focusing on investing in education, while Sybille and Audrey Nakad who both come from a very rigorous financial background dedicate their time to innovation and quality, the two main keys for the success of such an ambitious project made to spread the culture of excellency in the education field.

Founded in 2015, Phoenician Funds is at the heart of thriving capitals of digital innovation and startup ecosystems in the Middle East and North Africa Region. Phoenician Funds actively supports founders to co-shape successful ventures in the early stages of investment, and create value across the investment life-cycle. Phoenician Funds provides strategic guidance, market access and insights, and linkages to proprietary networks. Phoenician Fund I was launched in 2016, which primarily focuses on seed and early stage companies operating in Fintech and other attractive sectors in MENA.

Speed@BDD is a Beirut-based tech startup accelerator that strives for the creation of an elite community for top-notch startups in Lebanon. It accepts startups at the idea and early stage, and is tasked with producing the region’s next high-growth businesses, particularly in the software, digital, and Web/mobile industries. Speed@BDD is a collaborative effort between Lebanon’s leading investment funds and entrepreneurship support organizations: Berytech Fund II, Middle East Venture Partners (MEVP), IM Capital, Lebanon for Entrepreneurs (LFE) and Bader.