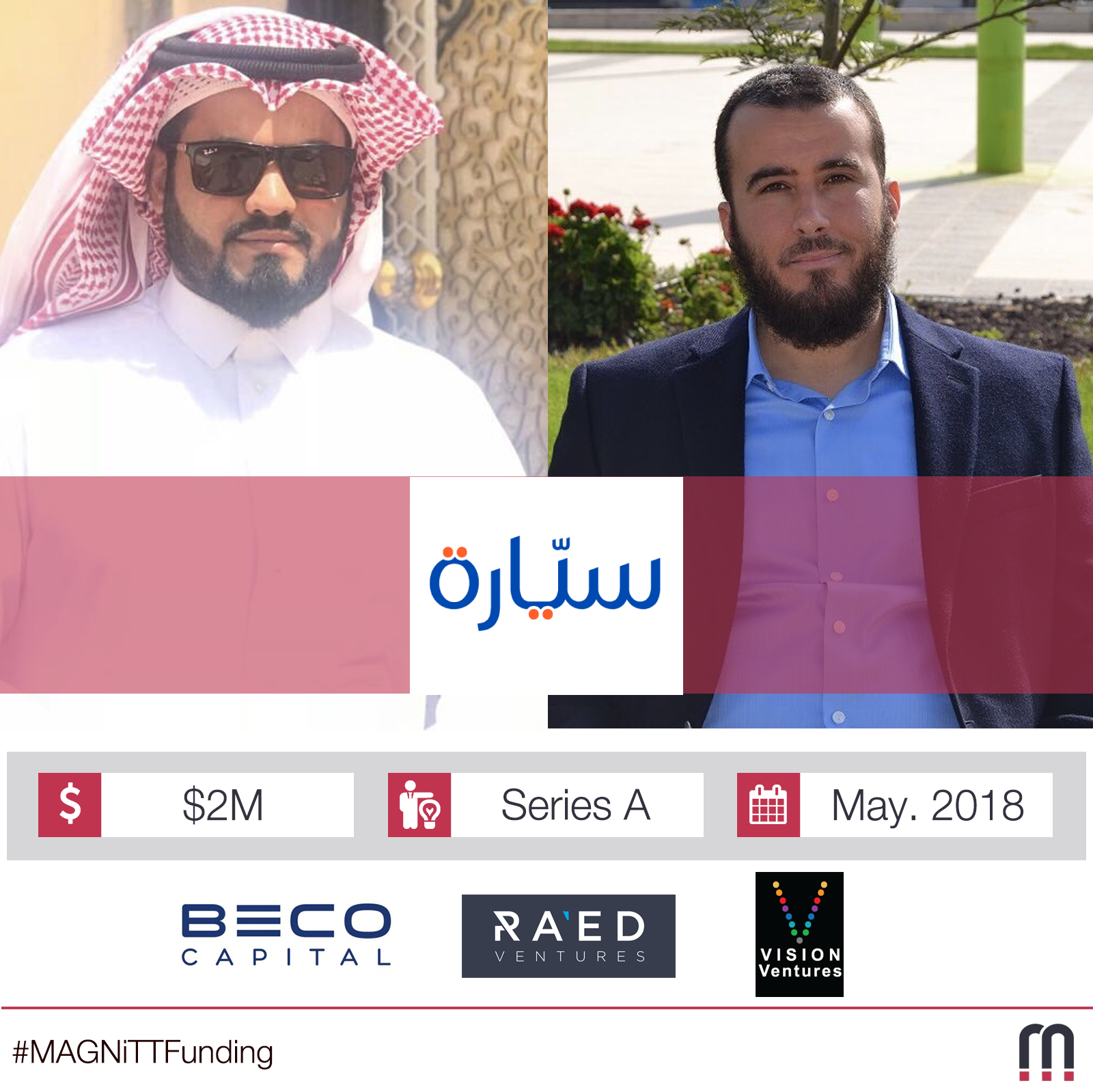 Riyadh-based startup Syarah closed a new round of 2 million USD in investment for it's series A.  The round was lead by BECO Capital, as well as Raed Ventures and Vision Ventures. Syarah is an online marketplace for buying and selling cars in Saudi Arabia, and attracts more than 1.7 million visits every month, making it the leading cars vertical in the country. Syarah was founded in 2015 by Salah Sharef and Fayez Alanazi. This is the second round of investment in this startup who raised it's seed round in 2016. Syarah which currently has more than 17 thousand active car listings, lists both new and used cars. More than 400 dealers across the country have listed their cars on the platform. Also thousands of individual users have listed their cars on the platform as well. In addition to car listings, Syarah offers a variety of value added services to help facilitate the process of buying cars, including providing Mojaz car history reports (Saudi version of CarFax), as well as facilitating car financing. Around 400 cars per year are being financed through the Syarah platform, with a combined gross value of more than 20 million SAR. "Syarah is on a mission to disrupt and reshape the way cars are bought and sold in the region. We are planning to use the new funding to accelerate our expansion and growth," said CEO and cofounder Salah. Saudi Arabia is the largest auto market in the Middle East, accounting for an estimated 40 percent of all vehicles sold in the region. The country has imported approximately 1 million vehicles in 2016 alone.