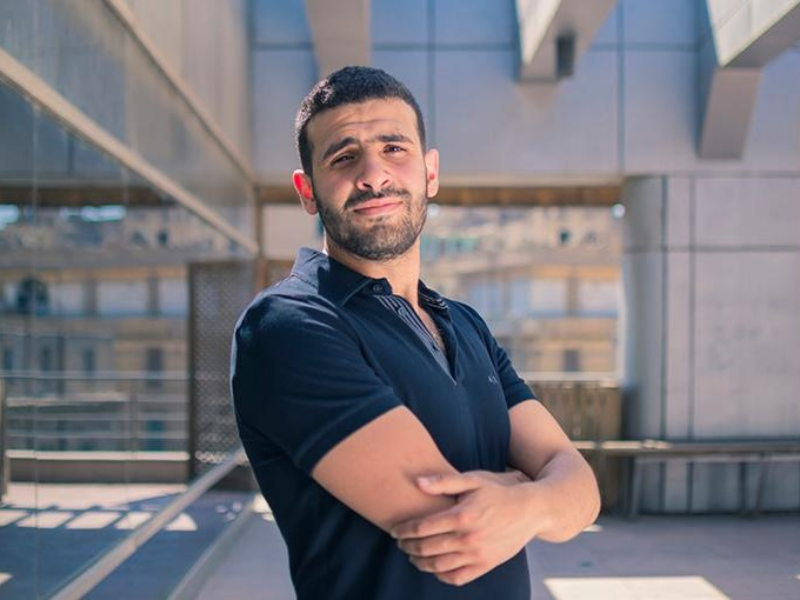 The Egypt-launched Dubai-based ride-sharing startup Swvl is officially set to go public through a formidable merger with SPAC company Queen’s Gambit Growth Capital. In a year full of groundbreaking moments, the new merger values the startup at $1.5Bn and marks it as the first $1b+ Unicorn from the Middle East to list on Nasdaq and the only tech-enabled mass transit solutions company to list on any stock exchange.

Founded in 2017, Swvl launched as a bus-hailing platform in Egypt and provided ride-sharing solutions in other emerging markets. Swvl enabled users to make intra-state journeys by booking seats on buses running a fixed route, providing a pocket and eco friendly solution for riders and an almost double revenue generation for drivers. Since then, Swvl expanded to provide inter-city rides, car ride-sharing, and corporate services across 10 cities in Egypt, UAE, Kenya, Pakistan, Jordan, and Saudi Arabia. Based on MAGNiTT's flagship MENA H1 2021 Venture Investment Report, this marks MENA’s 15th exit, and the UAE’s 2nd Unicorn this year.

The newly announced merger is said to be accompanied by equally major private investment in public equity by Luxor Capital, Zain Group, and Agility estimated at $100M. The transport startup has been on a stellar track towards becoming a Unicorn ever since it started scaling up. Swvl's gross revenue and markets have grown rapidly, with more than 1.4 million riders booking more than 46 million rides to date and thousands of drivers on Swvl's platform. With its TaaS offerings, Swvl has enabled more than 100 organizations around the world to reduce costs through dynamic routing, network planning, demand estimation, fleet optimization, and other leading transit services. In a sudden calculated move, the transport startup not only achieved Unicorn status but also became the second startup from MENA to go public after Anghami’s merger with Vistas Media Acquisition Company Inc.

Dubai-headquartered Swvl is the first Middle East US$1.5bn Unicorn to list on Nasdaq US, founded by Mostafa Kandil, 28-year-old entrepreneur. Dubai's impact on the global start-up scene shows the vision and spirit of the region’s youth in shaping tomorrow’s businesses.

Swvl’s journey to startup stardom was gradual but was nonetheless one of incredible momentum. Tracing back their funding rounds, the ingenious transport startup started with a $500k Seed round in 2017 led by Kandil’s former team Careem; before launching his own venture, Founder Mostafa Kandil supported Careem in expanding into multiple new markets. Exactly a year after, Swvl raised their first $1M+ round securing $8M in a Series A fundraise led by multiple key investors in MENA. Soon after, the Dubai-based startup gained investment traction establishing its position as a global player and giving it its Unicorn-to-be status after a stellar $42M Series C round in 2019, acquiring investments from veteran VC firms including BECO Capital, Vostok New Ventures, Sawari Ventures, and MSA Capital.

Swvl has developed a fully tech-enabled platform to solve one of the world’s most complex problems in some of the world’s most underserved markets as Mostafa Kandil, Swvl Founder and CEO highlights in a statement "We have succeeded in executing our business plan in some of the most challenging emerging markets, where inefficiencies in infrastructure and related mass transit systems represent a universal problem and have now reached a critical inflection point where we are ready to share our expertise and technology with the rest of the world. Queen's Gambit is an ideal partner, who shares our core values and is committed to helping accelerate Swvl's long-term growth plans.”

Based on MAGNiTT's flagship MENA H1 2021 Venture Investment Report, 2021 witnessed 14 exits so far across multiple geographies and industries including UAE-based Fintech startup Spotii and E-commerce startup Mumzworld, Egypt-based EdTech startup Tareeqi, and KSA-based AdTech startup Boonus. With Swvl marking the 15th exit of this year, MENA stands two exits short of surpassing total exits for the full year 2021. If the MENA ecosystem keeps up its 2 exits per month rate which we’ve been observing, MENA could achieve 25 exits by year-end, surpassing the second-highest number of exits recorded in 2018.

The transaction is expected to generate gross proceeds of up to $445M, which will be used to fund and accelerate Swvl's growth plan with a goal of driving $1Bn+ of annual gross revenue and expanding to 20 countries by 2025. Victoria Grace, Founder and CEO of Queen’s Gambit Growth Capital concluded “When forming Queen's Gambit, I was squarely focused on assembling a team of highly successful and strategically-minded women with unparalleled global relationships, to identify and then grow a disruptive platform that solves complex challenges and empowers underserved populations. In Swvl, we have found each of those things and more. Having established a leadership position in key emerging markets, we believe Swvl is ready to capitalize on a truly global market opportunity. We look forward to working with their team to create significant and sustained value for investors and all stakeholders alike.”