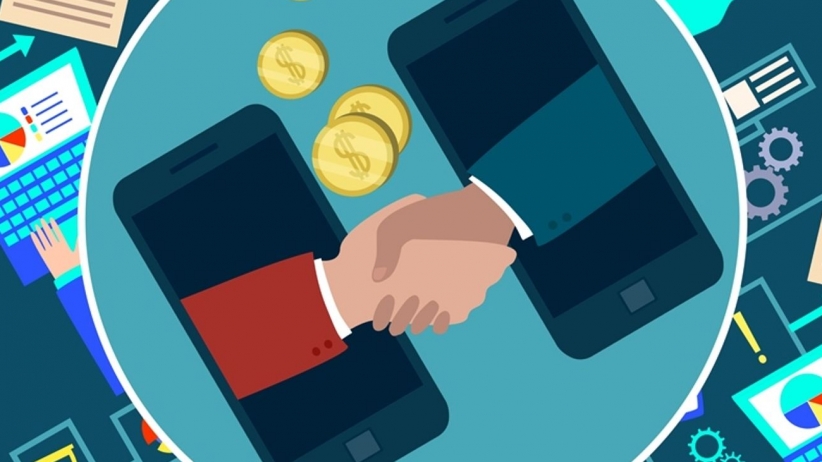 Surging Ahead: Fintech Startups In The Middle East

Fintech, i.e. financial services technology, was the startup buzzword of 2015, with the sector boasting of over US$3 billion in venture investments, which shouldn’t be surprising in the wake of a global economic crisis that highlighted the industry’s need for disruption. According to CB Insights, 19 fintech startups have joined the exclusive “unicorn club” of venture-backed companies valued at over $1 billion, many of which are in wealth management, peer-to-peer lending marketplaces, price comparison and payments. Payment companies alone raised $3.3 billion in venture funding last year. But what does that mean for emerging markets like the Middle East, Africa, Southeast Asia and India? Companies in these regions usually fall into two categories: one, those that alter tried and true models from the U.S. and Europe to a new market, or two, those that create a new product tailored to the large unbanked and under-banked populations.

In markets like Africa and SE Asia, we’re seeing the latter, with technologies around mobile money and “last mile innovation” to bring new products and services to customers that are not already connected to the banking and payment infrastructures of more developed economies. In the Middle East, most fintech startups are taking some of the most successful business models of the U.S. and Europe and tailoring them to the customers and regulations of the region- although that’s easier said than done. And if fintech was the global buzzword for startups in 2015, it’s looking to be just that for 2016 in the Middle East. PayFort, which is enabling online payments all over the region, has just announced the launch of its Fintech Factory, a startup accelerator in Dubai that will invest in and enable 4-5 startups this year. Last year, Egypt’s bill payment service Fawry brought to the region one of its biggest equity exits, rumored to be at $100 million.

New exciting fintech startups are thus popping up every month, and MAGNiTT (of which I am in the advisory board of) is a platform that can help you connect with some of the most interesting enterprises here in the Middle East. Here are three fintech sectors that have caught my eye, and click on the links to access the MAGNiTT profiles of the MENA startups making their presence felt in this space:

Crowdfunding consists of three main categories: rewards crowdfunding (e.g. Kickstarter, Indigogo), peer-to-peer lending marketplaces (e.g. Lending Club, SoFi, Prosper, Funding Circle), and equity crowdfunding (e.g. Angelist, Crowdcube). In the highly regulated Middle East, P2P lending is still in its early stages, but with highly exclusive formal lending across the region and the huge success of lending platforms in the US and UK, we’re likely to see a lot more from the trailblazers at Beehive (UAE-based and UAE-focused) and Liwwa (Jordan-based and region-focused).

Liwwa recently closed an impressive $2.3 million funding round led by Silicon Badia to build up their ability to assess an applicant using technology rather than traditional credit ratings that have made most banks in the region ineffective at growing SMEs. In one year, they have lent over $1.6 million to 75 companies, and with current applications for over $50 million from qualified companies, the startup has definitely shown the demand for its product. Co-founder and CEO Ahmed Moor started the company out of Harvard, and it boasts of international rockstar advisors like Prosper’s Chris Larsen.

Zoomaal, founded in 2012 in Lebanon and led by founder and CEO Abdallah Absi, is on a mission to “bring back Arab creativity.” By focusing on rewards rather than lending or equity, Zoomaal has fewer legal challenges to getting sustainable projects funded and building a community of Arab funders. With funding from MEVP (Lebanon), Sawari Ventures (Egypt), Cairo Angels (Egypt), Hivos (Netherlands) and Wamda (UAE), Zoomaal has launched over 100 successful funding campaigns totaling over $1.3 million for projects. Look for their expansion into Turkey in the coming months. Perhaps most impressively, projects funded through Zoomaal have created over 500 jobs, most of them going to women. That’s an impact ROI most development organizations only dream of.

Related: Is Equity Crowdfunding The Right Financing Option For Your Business?

Innovation in wealth management began with exchange traded funds (ETFs) like Vanguard and online day trading (E*Trade), but more recently it has opened up to robo-advisors, online wealth management tools that exclusively use algorithms to invest in public markets, drastically reducing management fees for customers and cutting out traditional financial advisors. The biggest names, Wealthfront and Betterment, are both valued more than half a billion dollars, and have a combined over $5 billion under advisement or management. However, regional regulations that cover financial advisory and the specific needs of their customers mean that we’re unlikely to be able to take advantage of their low fees and user-friendly platforms. Luckily for the Middle East retail investors, there is now an alternate option.

Finerd went live in September 2015, which was when it onboarded its first client as well. They are focusing on mid-career professionals with around $100K-$200K in liquid assets. They’ve recently been accepted into TURN8’s accelerator program, and the investment and in-kind assistance will bring their much-awaited Sharia-compliant products to market later this year. Due to regulations requiring in-person KYC in the UAE, they are only looking at bringing on new clients in Dubai, but with regulators in both Dubai and Abu Dhabi taking a close look at the potential for fintech, Finerd will be well positioned for much wider access to inexpensive and timely investment opportunities.

The payment solutions sector is where the Middle East has seen the largest fintech innovations (I’ve already mentioned PayFort and Fawry), but it needs much more to allow for the e-commerce to thrive, as it has in nearly every other market. A big part of that falls on regulators and central banks to modernize, but also on entrepreneurs to find ways through partnerships and innovative products to demonstrate real value to customers. Several companies are providing merchants better access to customers that already have electronic payment means such as credit cards (think Square and ApplePay in the U.S.), like PayMob, PayMe, and Bridg.

MadfooatCom, the Jordanian bill payment and payment service company that got its start at Oasis 500, is expanding the successful bill payment focus, creating a platform for customers to inquire and pay their bills in a single location via their banks’ online channels. It can be tied into other payment solutions as well, bringing an important use case to innovations like mobile wallets. CEO Nasser Saleh got the idea for MadfooatCom after coming back to Jordan from working abroad and standing in line after line trying to pay a few simple bills.

MadfooatCom closed an investment round last year (Series A with $5 million), and is looking to expand into the region and Africa this year. Their major growth came from a contract from the Central Bank of Jordan to create and administer the country’s national electronic bill presentment and payment service gateway, eFawateerCom. While Saleh refers to this occurrence as being “lucky,” that doesn’t give credit to the years of work perfecting their product to a point that they were chosen by the regulator. Since launching eFawateerCom, madfooat.com is now working with 49 billers and connected to 23 of Jordan’s 25 banks. They process more than 4000 bill payments daily and growing, and to date have processed more than $100 million of paid bills.

Sometimes, existing financial institutions are slow to adapt their sales channels and products to an online world, or their products are too complicated to be easily understood, which in the UK and US led to a growth in financial services comparison websites and what CB Insights has outlined in their The Unbundling of Banks infographic. But it also allows for new products and services and new ways for traditional financial institutions to reach customers. Feloosy is looking at companies like Acorn, who have made saving money faster and simpler for millennials, but with an Arab twist. With a Feloosy account, you’ll be able to put small amounts of money into an investment account towards a specific goal, whether a car, television, or education. This can be a very exciting prospect if they can tie it into PayFort’s payment gateway and souq.com’s merchants.

compareit4me.com, until recently, focused solely on comparing banking products and services helping new clients select the best banking options. Their revenue came from the banks who paid for leads, much like their counterparts in the UK. However, about eight weeks ago, they launched their end-to-end car insurance comparison platform, which allows users to compare instant car insurance quote and buy online, a first in the MENA region. The new product has already generated more than 20,000 quotes and sold more than 600 car insurance policies.

compareit4me.com has placed a strong emphasis on customer service, by hiring a customer support team from some of the leading insurers in the UAE. When we think of comparison websites, we usually think “price comparison,” but CEO Jon Richards is quick to contest the idea. For him, compareit4me is a “value comparison” platform, and it’s been evidenced by data: 85% of their clients do not choose the cheapest quote, instead opting to get the right level of cover.

Democrance is also planning to disrupt the insurance market by partnering with insurance companies and mobile operators to offer insurance to the underserved micro-insurance market in the Middle East and North Africa. The startup provides a fintech solution that makes insurance affordable and accessible to the people who need it the most. It’s affordable, because it distributes, administers and services insurance policies only through the mobile phone, which results in considerable cost savings when compared to the traditional insurance model, and it’s accessible, as insurance premiums are also collected through mobile payment channels instead of traditional banking ones, which the low-income population do not normally have access to.

Democrance also conducts in-depth customer research and help insurers shift existing products to fit the unanswered needs, then use their mobile technology platform and partnerships with telecom companies to offer and sell these micro insurance products at scale. Only 5-10% of the MENA population currently has insurance, while only 0.3% of the population have access to micro-insurance. These numbers have stagnated, and Democrance plans to bring the security that comes with life, health and other kinds of insurance to the masses.

Surging Ahead: Fintech Startups In The Middle East