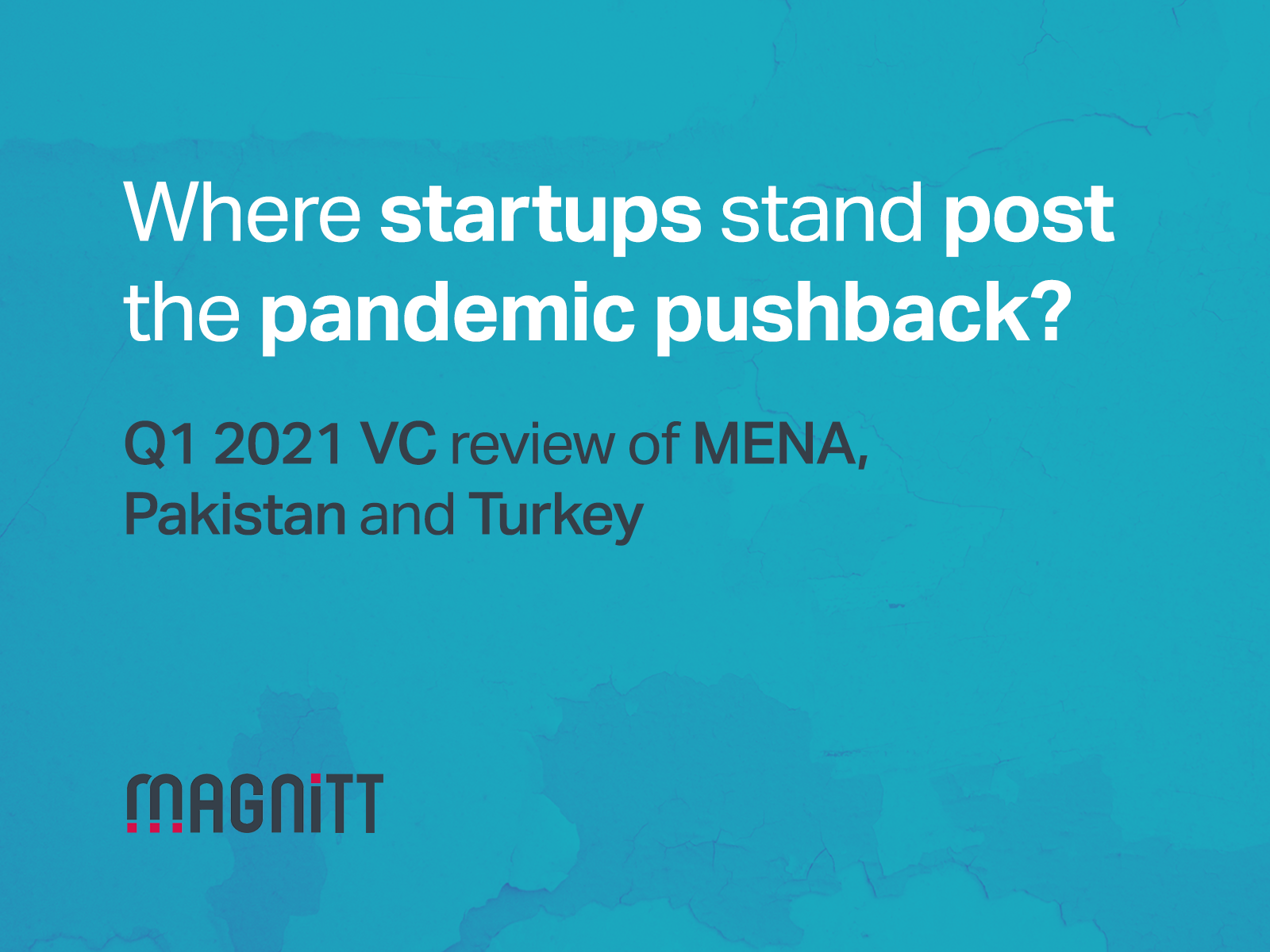 The startup and venture investment ecosystems across Emerging Venture Markets vary in their maturity stage as well as in the level of development. Countries such as UAE and KSA have developed venture investment for over a decade, while nations like Pakistan have initiated the path towards innovation only a few years ago.

The interest of foreign investors in ventures across the MENA region was much lower than their involvement in Turkish and Pakistani startups. As the chart below indicates, MENA’s ventures primarily relied on local capital as only 20% of investors were headquartered outside of the region. On the other end of the spectrum, 67% of the capital poured into Pakistani startups came from investors stationed outside of the country. Out of those who funded Turkish ventures in Q1 ’21, 63% were local firms. Over the past three years, however, at least 50% of those who deployed venture capital in Turkey were based overseas.

The abundance of local capital in MENA demonstrates the region’s self-sufficiency in funding, talent, and venture scaling expertise. On the other side, due to newly developing startup and venture ecosystems, Pakistan and Turkey still lack the “smart local capital” that is instead provided by international VC firms. Moreover, the influx of foreign venture funds into the two countries also suggests that global firms with adequate funds see reasonable opportunity in the markets.

2.  High concentration of capital in a few deals in emerging innovation hubs

Both Turkey and Pakistan witnessed an exceptional quarter as capital deployed increased by 721% and 104% YoY, respectively. Funds were heavily concentrated in the largest deals. The top five deals in Turkey, for instance, claimed a massive 84% of all capital deployed in Q1 ‘21, while the five largest Pakistani deals raised 82% of total capital. In comparison, MENA’s top five deals only accounted for 36% of all funds, leaving almost two-third of total funding to be shared amongst the remaining transactions.

In markets with highly concentrated capital, investor confidence rests with dominant, well-established startups. The appetite for risk amongst investors is evidently greater in mature markets like MENA, ensuring an even distribution of resources across tech innovation ventures. Having to function in an advanced ecosystem, MENA-based startups are also often better equipped with refined core competencies, enabling them to raise higher funds.

As markets freshly take to digitalization, E-commerce and related industries are often the first innovation sectors to appear in the startup ecosystem. In Q1 ‘21, E-commerce took center stage in Pakistan with five startups from the sector raising 36% of all capital deployed. Delivery & Logistics, another sector that ties in closely with digital adoption in emerging markets, saw a single startup Getir raise two-thirds of the total capital in Turkey in Q1 ’21.

Conversely, as the MENA startup ecosystem matured, E-commerce dropped out of the top five industries in the first quarter of 2021. Instead, Fintech and Food & Beverage accounted for the highest number of deals and raised the largest portions of funding. The presence of well-established E-commerce players in the region deterred investments into the sector and shifted funding focus to a diverse range of industries.