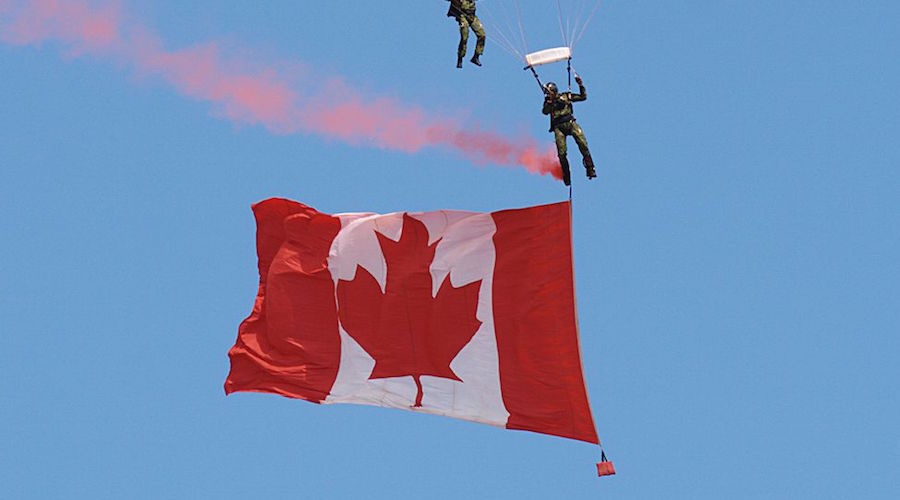 Startup Watch: Trump and foreign techies, food delivery is tough, and something new for Lebanon’s economy

The world of entrepreneurship news is a complex one, with people ever ready to give their two cents on how you should be running your business/VC fund/incubator. Here’s our wrap of what we’re reading on where skilled foreign workers should be looking rather than Silicon Valley, how privacy woes are now extending to homes getting ‘smarter’, and a little something to lighten the end of the working week.

Get paid to look after yourself. Well, not literally, but this Harvard Business Review article nicely outlines how patients need a more active role in their healthcare. Get some electronic health records, smart scheduling systems, open data exchange allowing personal health information to go from one provider to another (rather than you hawking those x-rays around), wearables, care management apps and being connected to care teams.

Cannabis, potatoes or grapes - which could be the pot of gold for Lebanon? Getting farmers to move away from lucrative business of cannabis (in 2012 UN statistics said that the country was one of the world’s main sources) and more towards potatoes and grapes. However, if legal elsewhere in the world, why not in Lebanon? Economist Marwan Iskandar says in this BBC radio report that the market could be worth about $4 billion - providing income to farmers and job opportunities for refugees.

Food delivery blues. As food ordering, delivery, and booking is one of the sectors heating up in MENA at the moment take a moment to check out what’s been going on with uber successful US-based Munchery. Apparently they’re throwing away a lot of food, at least three top executives have left in the last year, there have been costly marketing campaigns and a lack of transparency around customer churn have caused staff to leave. A case of too much too soon or simply an unwinnable market for those with billion dollar ambitions?Privacy is a concern, duh. The US-based privacy consultants for businesses, Truste, has released some data on UK and US homeowners and their worries about privacy online. With the exponential rise of ‘smart’ applications (nanny cams, home security systems, gesture recognition systems) in the home and our vehicles this concern is increasing. Didn’t anyone see that episode of Mr Robot with the smart home? Just sayin’. Wamda of the week: if at first you don’t succeed… Stars of Science was back and this time it was tense. Sadeem Qdaisat, a Jordanian scientist, was lucky to win. Not only was he rejected from the show on his first attempt back on season six but his victory came from winning the audience vote, not the judges. He won the public over with a solution to the manual testing of chromosomes.

There’s more than one actor out there. A cybercrime actor that is. Admiral Michael S. Rogers, director of the NSA, talked to the Wall Street Journal about what CEOs should be worried about when it comes to cyber security threats. They look at the Sony hack of 2014 (resulting in good private and public sector collaboration), Wikileaks email leaks and ‘state actors’ - countries that launch cyber attacks. So take note, what are you and your CIO or CDIO talking about?

Little guys and joint ventures. International joint ventures (IJV) - the marrying up of two companies to benefit from each other’s expertise or market access - are popular. And for SMEs and startups they are a great way to move forward, however, as this article points out, there are clashes that often see collaborations failing. This ‘road map’, which takes key points from a Swedish scientist’s report on one particular IJV, is a great starting point if you’re thinking for collaboration any time soon. Silicon Valley or Canada? With Trump soon to be in power it’s being muted that Silicon Valley might no longer be so attractive to the numbers of foreign skilled workers that usually head there. Renewed focus on the H-1B visa came at the start of November. The tech relies heavily on it and has wanted to expand it. Now it could be even tougher. So, instead, there’s talk of China and Canada being the alternative. Can they add Middle East to the list also?

One last cautionary tale, from the world of fashion. For a while Nasty Gal was a darling of the bedroom business goes to billions but now it has fallen by the waste side. The clothing site, which started on Ebay in 2006, has filed for bankruptcy. Founder Sophia Amoruso had already stepped down from her role as chief exec in 2015.

Startup Watch: Trump and foreign techies, food delivery is tough, and something new for Lebanon’s economy