Startup businesses that are shaking up the Middle East 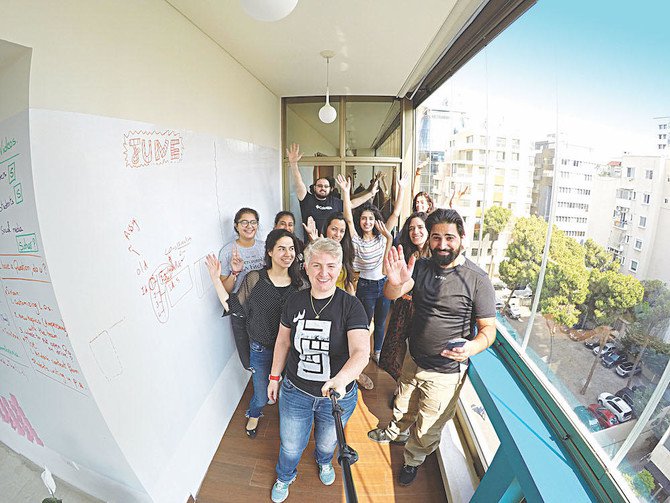 SOURCE: ArabNews - Startup businesses that are shaking up the Middle East

BARCELONA: From transport to fintech, e-commerce to education, the Middle East and North Africa’s irrepressible young entrepreneurs are creating businesses that could remake entire industries.
Hundreds of MENA startups have been launched in the past few years and while most will fail (entrepreneurship is tough the world over), some will become “unicorns,” with businesses valued at more than $1 billion. Dubai-based ride-hailing firm Careem and e-commerce platform souq.com have already achieved that status.
Arab News has chosen six MENA startups poised to make a big impact in 2019.

Egypt’s cities are clogged with traffic, and public transportation is inadequate, but an innovative company founded by young Egyptians aims to both ease congestion and provide a cheap, convenient and reliable means to get around.
Swvl, which is similar in concept to Uber, is a mass transit system in which users can book rides on private buses and mini-vans via the company’s app — simply submit where you want to go, select the time and route, and book your trip. It currently operates more than 200 routes in Cairo and Alexandria.
With more than 500,000 downloads on Android, Swvl plans to expand across the Middle East, Africa and Asia, and last month secured “Series B” funding. The company declined to reveal the exact amount but told Forbes it was “tens of millions of dollars.” It raised $8 million in a previous funding round.

E-commerce
Saudi Arabia’s Wadi.com is a homegrown e-commerce site that could usurp Amazon-owned rival Souq.com as the region’s leading online marketplace.
Already serving more than 25 cities in Saudi and the United Arab Emirates, Wadi specializes in electronics, fashion, fragrances, and beauty and health, and is expanding into more product ranges.
Dubai-based retailer and mall operator Majid Al-Futtaim, which owns Mall of the Emirates and holds Carrefour’s Middle East franchise, led a $30 million investment in Wadi in October.
Carrefour will become the long-term partner for Wadi Grocer, which currently operates in Riyadh, Jeddah and Dammam, supplying food and other groceries. Through the partnership, customers can buy more than 12,000 products from the French supermarket chain. Promising delivery within two hours, Majid Al-Futtaim claims this will the first service of its kind in the Middle East with such a diverse product range.

Sarwa, UAE
Financial services
Sarwa is a robo-advisory that enables clients to invest in a variety of financial products via its simple-to-use app. With no commission and very low fees (a customer with $10,000 invested would pay around $7 per month), Sarwa promises to simplify and democratize investing.
Regulated by the Dubai Financial Services Authority (DFSA) and insured by the US government up to $500,000 per client should Sarwa fold, the company raised a further $1.3 million in September, bringing its total funding to more than $1.5 million.
Co-founder Nadine Mezher told Arab News that in 2019, the company will increase its customer base in the UAE and expand to new markets, as well as focusing on business-to-business clients.
“With the lack of formal pension funds for expatriates here, Sarwa aims to work closely with the corporate sector to offer employees saving schemes plans and extend its offering from individuals to companies,” she said.

Education
Siroun Shamigian quit a 20-year teaching career to launch this Beirut-based startup, which uses artificial intelligence and machine learning — via a web-based platform — to help students from grades 4 to 12 to improve their Arabic skills. While new, tech-based approaches have made it easier and more engaging for children to learn other languages, no such offerings existed for Shamigian’s mother tongue, spurring her to act.
Launched in late 2016, Kamkalima’s platform features a vast digital library with interactive lesson plans that teach reading, writing, listening, speaking and critical thinking. Lessons are automatically graded and can be self-taught by students or led by teachers.
Currently used by more than 20,300 students at 65 schools in Lebanon, UAE, Jordan, Egypt, Qatar, and Kuwait — and having received $1.5 million in funding in November, Kamkalima is poised to accelerate its expansion. “We want to expand the team, work on the product and more specifically, scale in our current markets and enter new ones,” Shamigian told Arab News.

Construction
Saudi engineer Hassan Albalawi is the creative genius behind this Dubai-based startup that uses proprietary location technology to connect workers, tools and equipment on construction sites to improve safety and productivity. By connecting workers’ helmets (without the need for WiFi or 4G, which can be unreliable on-site), contractors know exactly where their staff are, reducing the need for clocking in and out.
More importantly, the same helmet sensors keep workers safe, buzzing when they enter restricted zones and alerting them when a site evacuation is underway. Likewise, workers can call for help via an emergency button. WakeCap, which in November received $1.6 million in funding from investors, is running a pilot scheme at Dubai’s under-construction Opera Grand Tower. The product should launch commercially in early 2019.

Communications
Founded by brothers Ahmed and Hassan Hamdan, Unifonic claims to be the Middle East’s leading cloud communications platform. Put more simply, the company’s technology enables businesses to instantly and simultaneously communicate with millions of customers via voice and text.
From sending a mass notification that a flight has been canceled to providing secure two-factor authentication to individual customers, Unifonic’s technology has multiple uses and has found an enthusiastic audience for its services across diverse sectors.
Its more than 5,000 clients include Aramex, Uber, Alinma Bank and Domino’s Pizza.
In October, STV — a Saudi Telecom-backed venture capital firm — led a $21 million investment round in Unifonic, which operates in five countries. The money will be used to expand into new markets and fund product development.