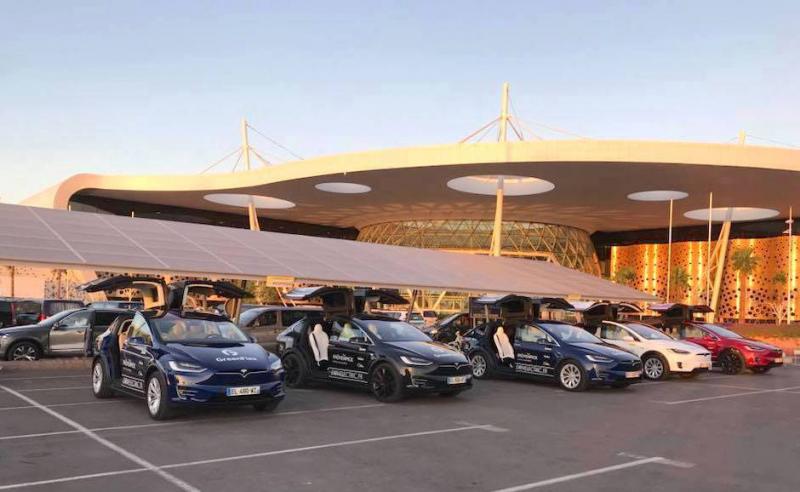 The region is becoming more aware of the need for clean, green energy.

With a high number of sunshine-filled hours for more than 300 days a year, the Arab world should be pushing solar energy, which is cheap, clean and plentiful. The Middle East and North Africa have a growing number of projects, not all of which are government-owned.

The International Renewable Energy Authority said the solar energy sector in the region will attract approximately $35 billion a year by 2020. Morocco and the United Arab Emirates are building massive solar-power plants and Saudi Arabia is planning one.

Away from government initiatives, solar start-ups have room to grow. By some estimates, there are about 50 entrepreneurial ventures banking on the sun across the Maghreb, the Gulf, the Levant and South Sudan.

Econosol, in Casablanca, started four years ago and installs solar panels in petrol stations, homes, hotels and fields across Marrakech, Rabat and Essaouira. Michael Benhaim, who founded the company, said the region’s future must be solar. “It allows you to harvest the limitless, predictable and absolutely free natural resource of the sun,” he says.

He said the market for solar cells or photovoltaics can only grow. “Photovoltaics are a robust and durable technology transforming sun rays into electricity,” he said.

Germany’s Max Planck Institute for Chemistry said climate change will cause longer droughts, more intense heatwaves and more frequent dust storms in the region. Summer temperatures, it predicted, will rise faster in the MENA region than the global average and extremes of 46 degrees Celsius or higher will be about five times more likely by 2050 than in 2000. Also by 2050, the region’s population will have nearly doubled to 692 million.

These are concerns driving start-ups such as SolarPiezoClean to develop self-cleaning technologies without water for solar panels. They will be useful in dusty, water-scarce areas, said Maymoun, who co-founded the company in 2013 as part of a university research project.

Everyone acknowledges that the push for solar goes beyond the fight against climate change and pollution. Reducing electricity bills is a powerful incentive.

Benhaim said start-ups are simply treading a path taken by the government. “Ten years ago, the Moroccan government understood that it would be better off producing its own energy rather than importing it at an expensive cost, which would only increase the frustrations of customers, who were already paying too much for electricity,” he said.

After four years in business, Econosol is turning a healthy profit and looking to market solar cells more widely.