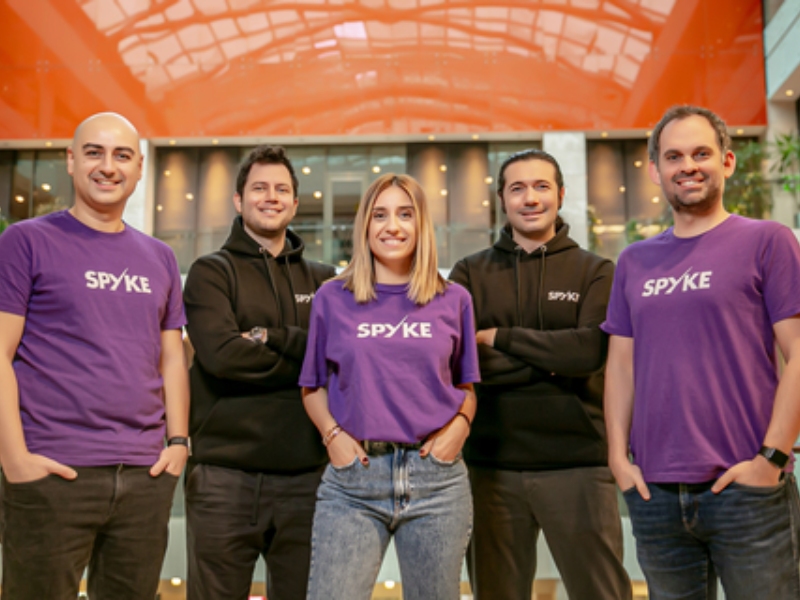 Founded in 2020, Female-led Spyke Games focuses on the mobile gaming market, which is the fastest growing industry segment, with $136B in gross bookings...

Founded in 2020, Spyke Games focuses on the mobile gaming market, which is the fastest growing industry segment, with $136B in gross bookings, according to IDG Consulting. Mobile gaming is estimated to grow 248% in the next 10 years, according to Newzoo. Spyke Games’ co-founding team has an unprecedented track record creating some of the world's top mobile casual games with previous company exits valued at nearly $2B. This funding round for Spyke breaks records as the largest seed round raised by a female CEO in Turkey as well as globally in the mobile gaming industry.

As recorded in our Free State of Startup Funding-Emerging Venture Markets 2022 report, available for download, the T&L industry in Turkey was ranked as the highest-funded industry driven by T&L Getir’s 3 Mega Rounds. As for Gaming, and with 1 Mega Round by Dream Games studios over 2021, the industry was able to close the highest amount of transactions with a multitude of gaming concepts including Dream Games, Loop Games, Panteon, Fomo Games, and Libra Softworks. Gaming seems to have come a long way for investors, with funding rounds dating back to 2016 where Turkey-based gaming startups raised their second-highest record of 6 deals, in 2021 the sector raised 10x that number.

The co-founding team includes five gaming industry leaders who have built teams and developed many of the world’s top-grossing global mobile titles which collectively amassed 9.5M DAU (daily active users) and $1B in revenue to date. The Spyke co-founding team were co-founders or executive team members at Peak Games, Zynga and Riot Games and include CEO Rina Onur Sirinoglu, COO Remi Onur, CPO Barkin Basaran, CTO Fuat Coşkun, and CMO Mithat Madra. “Spyke Games’ phenomenal team came together after working at companies like Peak Games, Zynga, and Riot Games where we identified significant opportunities emerging over the past 12 years in the social, mobile casual-games genre. We’re creating world-class games that connect and delight people, title-after-title,” said Rina Onur Sirinoglu CEO of Spyke Games, former co-founder of Peak Games, and Founding Partner of 500 Istanbul. “And we know we can achieve this through our company culture, relentless focus on quality and inspiring joyful, emotional experiences.”

Griffin Gaming Partners is one of the world’s largest venture capital firms singularly focused on investing in the global gaming market. GGP invests in gaming content and infrastructure companies as well as Web3 gaming-related companies, with notable investments in Discord, Forte, AppLovin, Overwolf, and WinZO.  Having chosen to invest in Tukey-based Spyke Games shows confidence in the veteran team on the mission to launch their debut game. A games industry leader and business builder, Rina continues,“With two decades investing in gaming and entertainment, Griffin Gaming Partners provides Spyke with the best experience and connections in the industry resulting in significant growth opportunities. We’re inspired by Griffin’s confidence in our team and initial game as well as their willingness to jump in and help us take our venture to the next level.”

Spyke will use the funds to focus on the launch and continuous improvement of its initial game as well as to hire top talent from Turkey’s thriving technology and gaming ecosystem. According to Startups Watch, in 2021 Turkish startups raised a record $1.4B, and gaming startups raised more than $400M increasing the gaming talent pool. “Spyke has the perfect combination of a deeply experienced team with proven success developing games and an unwavering focus on execution,” concluded Griffin Gaming Partner’s Managing Director Phil Sanderson, who is also a member of Spyke’s board of directors.

Check out with a cart full of insight. Access real-time data on the gaming industry in EVMs