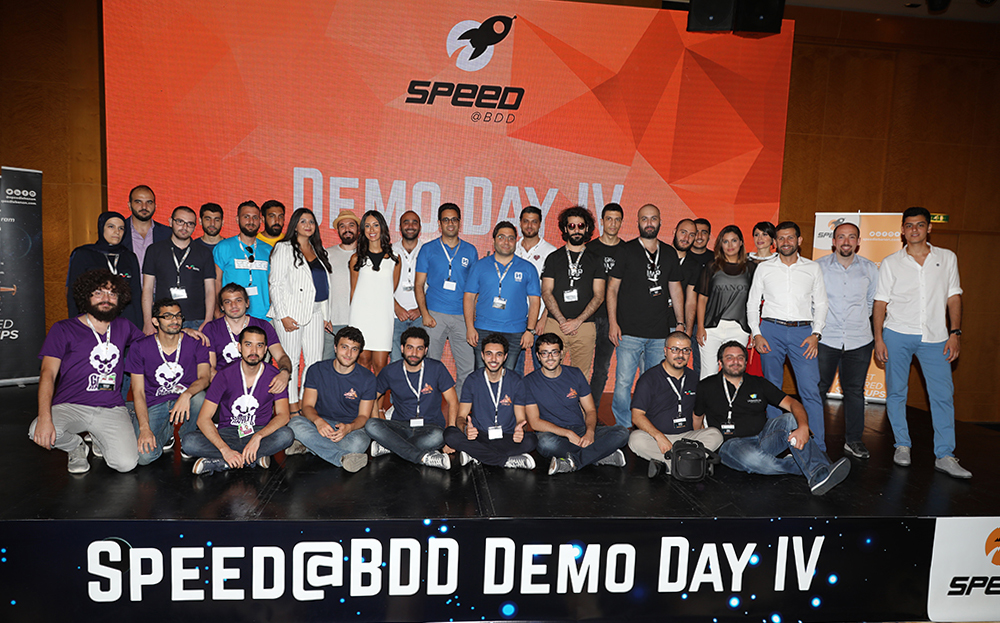 We held our fourth Demo Day yesterday at the Four Seasons Hotel in Beirut. Our 9 Cycle IV startups pitched their businesses to an audience of 250 investors, officials, experts, and media representatives. Demo Day marks the completion and highlight of our fourth acceleration program focusing on digital solutions with multiple verticals including fintech, high-tech, and gaming. After 3 intensive months our premises at the Beirut Digital District – with hands-on coaching from our in-house team and expert mentorship by top-notch industry professionals – the founders are now ready to raise their first round of investment.

“In 3-months time, our startups grew their teams from 21 to 34 entrepreneurs. This is our biggest batch ever and an exceptionally promising one. We always highlight how important it is for entrepreneurs to be hard-working and coachable and the founders of Cycle IV startups embodied these qualities literally. One main proof is that 2 of our 9 startups received investments by Demo Day already! We’re at a time where we can say that Lebanon is on the global entrepreneurship map and Beirut is being internationally highlighted as the upcoming startup hub in the MENA region,” shared Sami, our CEO, during the welcome note.

Each of the startups were then introduced on stage by their guardian, a Speed@BDD mentor who chose to accompany a team and support it throughout acceleration. Following the pitching, Sami announced that Cherpa and Neotic will experience the “LebNet Ignite powered by Blackbox Connect” mentorship program and will be fully sponsored by Speed@BDD to get immersed in the Silicon Valley ecosystem for two weeks in mid-August.

We also left the attendees with a final surprise. “We’ve noticed that startups at the pre-seed stage are spending 9 to 12 months to secure their first round of investment, and we all know how critical this time is for their survival and growth. That is why we created the Seed Boost,” said Abou Saab. Speed@BDD brought on board 5 different investors (M. Elias Houayek, B&Y VP, Phoenician Funds, Berytech Fund II and MEVP Impact Fund) to create the Seed Boost, raising a total of $50,000 equity investment (5%) for one of its graduating startups. This funding will allow the startup to operate and grow in the months following acceleration and prior to securing their next round of investment. Each startup prepared an investor deck and pitched in front of the 5 investors in a full-day event held on July 3. The investors then deliberated and picked the winning startup. Congratulations to Cherpa who received the $50,000 Seed Boost.