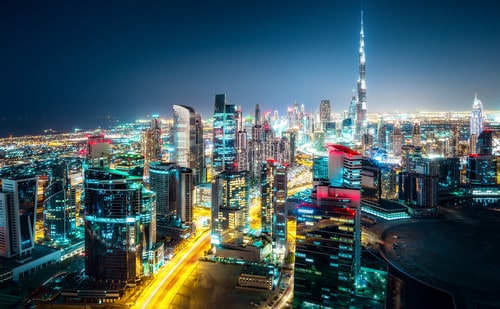 With countries across the MENA region struggling to wean themselves off natural resources and cut back on bloated public sectors, the emergence in the last few years of a promising Arab startup sector, drawing growing levels of investment, could provide the stimulus for the private sector development that is key to regional prosperity. A number of eye-catching, multi-million dollar deals and investments involving MENA’s most successful startup companies have alerted regional governments as well as domestic investors to the potential of the new wave of Arab entrepreneurship that has been picking up momentum over the last decade or so.

MENA governments are particularly keen to see the startup sector expand because high levels of unemployment among their youthful populations threaten stability – the Arab Spring was a salutary reminder of the trouble countries may face if grievances over joblessness and economic opportunity are not tackled. While an extensive startup ecosystem is taking root, poised to exploit a huge tech-savvy consumer market, numerous obstacles and challenges need to be addressed and ultimately overcome if the new businesses coming to the fore are able to mature into companies capable of driving private sector growth.

Cash-strapped authorities are no longer able to sustain massive state sectors, which in several countries accounts for up to 80% of formal employment. Running short of energy-related revenues and under pressure from lenders to make public service cuts, officials hope that the nascent digital commerce economy will in time absorb at least some of their university graduates and high school leavers.

Accelerated growth It is clearly early days, but in just over a decade the startup sector has put itself on the international digital commerce map. Though dwarfed by the entrepreneurial might of the US and Europe, MENA now reportedly boasts over 3,000 startups and an effective ecosystem enabling them to develop and grow, with the last few years seeing a distinct acceleration – 60% of the top 200 funded companies were all founded between 2012 and 2015, according to MAGNiTT, the largest data platform for investors, entrepreneurs and corporates for the MENA region. Since 2005, it says, these leading startups have raised more than $2bn.

“Five years ago, we barely had accelerators, VCs, incubators. Now you have VCs like Wamda Capital, Beco, MEVP, Silicon Badia, Berytech, Sawari Ventures and the list goes on. Now we have telcos who are opening up innovation labs and running accelerator programmes for startups,” says Reine Farhat, senior editor at Wamda, a platform providing advisory services for the MENA startup ecosystem.

Tech entrepreneurs also benefit from a consumer market characterised by high levels of smartphone penetration, app usage and trading power as well the presence of a small number of market-dominating retail giants, providing opportunities for disruption. Moreover, many youngsters in the region believe people of their generation are more likely to start a business than in previous generations, with technology the favoured sector for would-be entrepreneurs, according to Asda’a Burson-Marsteller Arab Youth Survey findings. That’s despite the stigma attached to startup failure and lingering public disdain for entrepreneurs in the Arab world.

While most MENA countries have been able to claim startup successes, the UAE is the driving force in the sector. Some 40% of the region’s new tech companies have been set up in the Gulf federation, which secured the lion’s share of around $600m of investment in MENA startups last year.

Commentators attribute the UAE’s dominance to several factors, including governmental provision of funding and incubators; an affluent, tech-savvy customer base that has embraced e-commerce, the main digital business in the region, more enthusiastically than other jurisdictions; and the high number of skilled industry professionals prepared to become entrepreneurs.

Three of the best

Philip Bahoshy, the co-founder and CEO of MAGNiTT, believes these companies have done so well because they have tackled a significant logistical headache in the region, the lack of standardised postal addresses, by using GPS technology to locate customers. “All three are effectively logistics, point-to-point delivery entities that have actually solved what is a major paint-point,” he says.

According to Christopher Schroeder, a global venture capitalist and a leading commentator and writer on Arab entrepreneurship, these successes reflect broader positive trends within the sector, “It has hit a very new dimension in the last couple of years. Companies like Souq, Careem and Fetchr are becoming true scale-ups; the quantity and quality of entrepreneurs is high. They are thinking about the latest technology in data science, AI, blockchain to solve big problems.

“They understand last-mile logistics, navigating the rule of law, cultural sensitivities. They sit on massive unique data-sets ripe for great insight, and understand what works in these markets can often extend to neighbours in South Asia, Africa, South-East Asia and more.”

While e-commerce remains one of the main startup business areas, fintech operators are gaining traction – with remittance payment services and peer-to-peer lending prominent among them – and there are a range of other innovative offerings catering for specific local needs, some with very clear social objective, such as Egypt’s Nafham, a free education platform, and Swvl, an app-based private bus service, providing an antidote to the country’s unreliable public transport service. The wave of enterprise has been given impetus by the emergence across the region of clusters of incubators, accelerators and training and mentoring facilities.