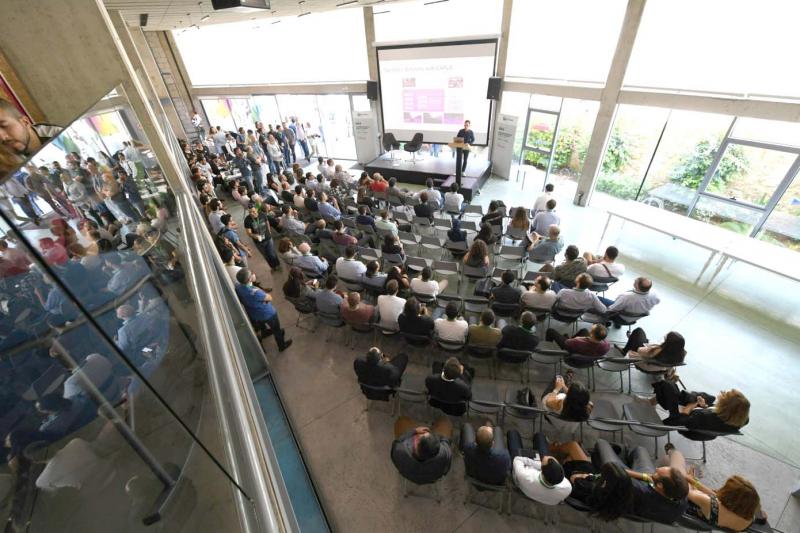 Something for everyone at tech Startup Battlefield MENA

By Khadija Hamouchi / The Arab Weekly

SOURCE: The Arab Weekly - Something for everyone at tech Startup Battlefield MENA

BEIRUT - In a first for the region, the international TechCrunch Startup Battlefield took place in Beirut’s Digital District. With multiple announcements of funding from around the region — for equity and without — MENA’s tech eco-system is clearly evolving.

TechCrunch, a US online publisher of technology industry news, “decided to bring its Battlefield event to the MENA region for very solid reasons,” said Mike Butcher, editor-at-large of TechCrunch.

“The estimated investments in MENA start-ups in 2016 alone passed the billion-dollar mark back in 2016 and [are] only increasing. There were 141 investments made in the first half of this year, which marks a 12% increase on the number of deals for the same six-month period in 2017.”

Industry experts agreed that the MENA Battlefield was an idea whose time had come. Philip Bahoshy, CEO of MAGNITT, a data platform that describes itself as a gateway to the MENA start-up ecosystem, said, the regional picture was improving. “Governments have been giving much more attention and encouragement to the sector, conscious that they need to diversify their industries and empower their young people,” he said.

TechCrunch Startup Battlefield is present in Africa, Australia, Europe and Latin America. After its foray into MENA, many are hoping ripple effects will help close the gap between Silicon Valley and the Arab world.

All the signs indicate the Battlefield was well received. Presented by FbStart, a new international Facebook programme to support start-up activity with free online tools, Battlefield sold more than 1,200 tickets. MENA start-ups pitched ideas to high-profile judges. The competition to present was fierce.

“We had more than 100 applications and selected the final 15 to pitch,” said Ziad Traboulsi, head of engineering at Facebook Middle East and a judge on the Battlefield panel. “I am impressed because regional start-ups are solving global problems, [which are] not local anymore. Start-ups are adopting new technology lenses, such as artificial intelligence and machine-learning; and as such are getting more global appeal.”

Munir David Nabti, CEO at Beirut-based AltCity, an incubator for social businesses, added that change is under way in the region. “We are witnessing the natural cycle of maturity on the start-up scene. The many exposure, success stories, as well as history of failures [have] supported the local ecosystem in actually succeeding. Many of the start-up entrepreneurs are third- or fourth-time founders.”

The TechCrunch MENA Battlefield underlines the changing scenario. The ideas pitched were diverse — from banking software to insect-based consumer products. Those who pitched said they enjoyed the process enormously.

Egyptian Amal Aboulhassan said the Battlefield conference and workshop went “beyond pitch practising.” Aboulhassan is founder of MaterialSolved, a start-up that turns data into a visual narrative.

The TechCrunch event, he said, has “given me the opportunity to talk to the diversity within the entrepreneurship community, including investors and university students. Getting exposure means that we are putting our product out there in a very fast, effective way.”

Amira Cheniour, CEO and co-founder of SeaBex, an e-monitoring and smart automation system that helps farmers balance water consumption, said Tunisia’s “limited opportunities for funding” made it important to attend “such a worldwide recognised event. [It] gives us more chances to close our first round of seed funding.”

Ahmed Wadi, CEO of MoneyFellows, a fintech company in Cairo, said the Battlefield was an “opportunity to finally meet in person investors that we have tried to connect with before by e-mail.”

“Being at TechCrunch was also an opportunity to meet people from the Lebanese banking sector to collect insights on a market we are willing to expand in,” Wadi added.

Ziad Alame, founder of Lebanese start-up Spike Diabetes Assistant, said the event was a priceless chance to connect. It was useful to link up with “top-notch developers who have a real interest in innovation from the region [and with] judges who are well-established entrepreneurs.”

Alame’s interest was in acquiring key contacts. Others looked for funding and others for affirmation.

Something for everyone at Startup Battlefield MENA.

Something for everyone at tech Startup Battlefield MENA