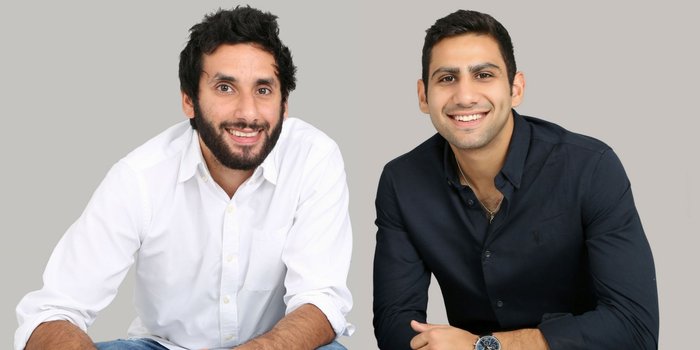 By Sindhu Hariharan / Entrepreneur ME

Despite its name, most people would agree that social media is anti-social at its best- that's what the entrepreneurs behind technology startup Calio refer to as the "social paradox."

Despite its name, most people would agree that social media is anti-social at its best- that’s what the entrepreneurs behind technology startup Calio refer to as the “social paradox,” with co-founder Latif Baluch saying that though such technology was built to bring people closer, it’s actually taking us further away from each other.

“People spend a huge amount [of time] on social media, connecting with their friends, but they can’t get through a dinner without being on their phones,” says Baluch, who noted this to be an issue he was facing with his own best friend, Ramy Al Kadhi. “Despite being best friends, we struggled to actually see each other,” remembers Baluch. “Working in quite intense sectors, we quickly learnt the importance of a well-organized work calendar- unfortunately, this didn’t translate to our personal lives.” This ultimately became the catalyst that got him and Al Kadhi to start their enterprise, Calio, an events platform and calendar app, in October 2017.

While researching on the technologies around social activities and events, Baluch and Al Kadhi soon realized that though millions of people use calendars every day, most of which were quite functional, these were still perceived as being too “corporate” or formal, and not much fun to use for one’s personal needs. This led to the conceptualization and creation of Calio- a calendar app that’s more personal, more social, and also connects you with communities and businesses of choice around you.

While Baluch left a cushy corporate position at Bank of America Merrill Lynch to teach himself to design and code before starting Calio, Al Kadhi came to the enterprise with five years of experience of digital advertising at Omnicom Media Group, as well as an entrepreneurial venture of his own. The enterprising duo launched Calio on the iOS platform first, and then on Android shortly after, with the app aiming to help users connect with family and friends, share and schedule events, create reminders, and more. The app also has a feature enabling you to follow your favorite local businesses (a.k.a “hosts”) to discover events, and get them added straight to the calendar- events get their own chat interfaces too. Not just that, Calio also syncs with other conventional calendar tech platforms such as Gmail, Outlook, etc., and social platforms like Facebook as well.