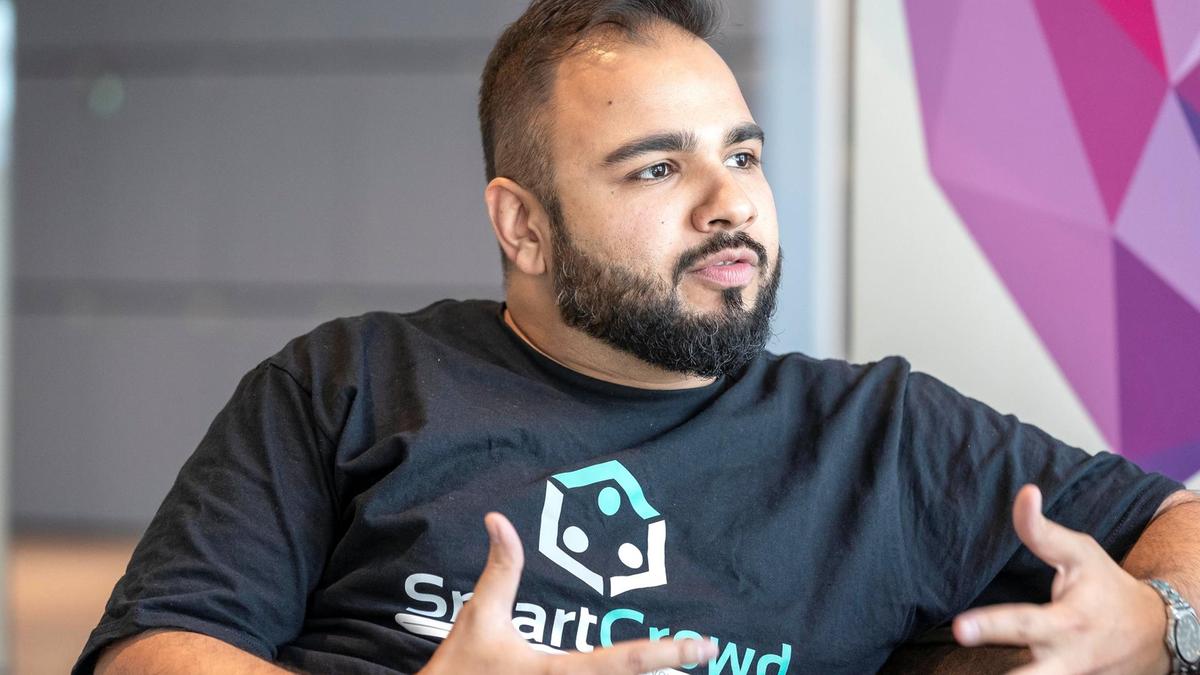 By Sarah Townsend/ The National

“Real estate has been used by the wealthy for centuries to accumulate and preserve capital and the average Joe has been left out."

These are the words of Siddiq Farid, the chief executive and one of three co-founders of the real estate crowdfunding platform, Smart Crowd.

“This is our attempt to solve many things, but at the same time tackle this income inequality,” he says, in an interview with The National in Dubai.

It’s a profound ambition for a start-up, but crowdfunding is in many ways the epitome of open democracy - a digital fundraising tool to empower citizens to take ownership of things they previously had no access to.

In the case of Smart Crowd, the platform enables fractional ownership of real estate. Investors can purchase a stake in a rental property for as little as Dh5,000 ($1,300), ‘co-owning’ the asset along with tens, hundreds (or thousands, depending on the size and value of the unit) of other people.

They can hold their stake for as long as they wish, collecting the rent from it, or sell it and use the proceeds to invest in something else listed on the platform. Or they can use accumulated returns to buy a property on their own.

“The idea is simple: the platform lowers the entry barrier for people to start building a portfolio of assets to generate a secondary source of income and accumulate wealth over time. Our slogan is ‘Unlock Your Wealth Potential’,” Mr Farid explains. If the platform is successful, the same concept could be used for other assets, from cars to restaurants, to mixed-use schemes. “We are a long way from that,” he laughs.

Smart Crowd is licensed by the Dubai Financial Services Authority, the regulator of Dubai International Financial Centre, Dubai’s financial free zone, to provide crowdfunding services for real estate. It won regulatory approval in January, obtained an operating licence in April, and in June completed its first transaction - the acquisition of a Dh365,000 studio in Remraam generating a gross annual yield of 10.8 per cent (approximately 8.6 per cent with fees), the founders say.

The transaction was conducted in a controlled environment as part of the DFSA-regulated ITL (Innovation Testing Licence) initiative for fintech start-ups. Smart Crowd is part of the DIFC’s Fintech Hive accelerator programme.

The average size of investment made in the Remraam studio is significantly higher than the Dh10,000 to Dh30,000 range Smart Crowd will target when it launches full-scale operations this September. The founders say they are courting investors for a seed funding round, with lead investor Shorooq Investments, an Abu Dhabi-based investment fund, already committed. They decline to say how much they want to raise but plan to use the money to hire new technology and marketing staff. There are around 15 employees at present.

Mr Farid, a corporate finance executive who has worked for Deloitte, KPMG and EY, spotted a gap in the market for a Middle East property crowdfunding website in 2016, just after the UK had voted to leave the European Union. With the pound diminishing in value, Mr Farid wanted to invest money into UK real estate.

However, he failed to find anything he could afford, and for personal reasons did not want to use mortgage financing. He tried to find family and friends to pool money but found it hard to source people with the same requirements and risk appetite.

“It dawned on me it would be great to find somewhere to source like-minded people, a community that brings people together in an easy fashion. And I thought, hang on, there’s a business here,” he says.

Real estate crowdfunding exists but not in the region, according to Mr Farid. Yet there is high demand. “Traditionally if you look at the Arabian Gulf, people favour hard assets - real estate or gold - but few people have the means to access them.” He cites a report by the humanitarian charity Oxfam in January, which claims real estate is the largest asset class in the world, worth $217 trillion, yet only 12 per cent of the world’s population has any sort of ownership of it.

To learn more about Smart Crowd, you can visit their website here: www.smartcrowd.ae