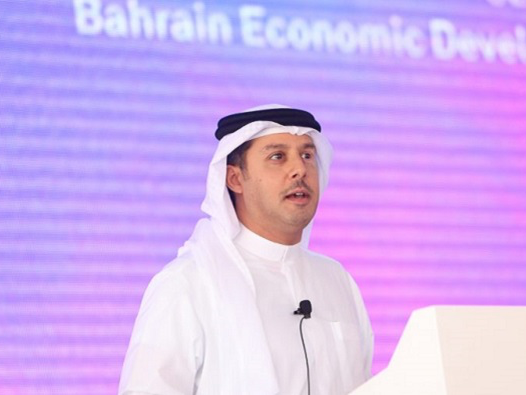 The smallest country in the Gulf region shows its ambition is bigger than its neighbours: Bahrain has gigantic plans to build a vibrant startup ecosystem

SOURCE: Your Story - The smallest country in the Gulf region shows its ambition is bigger than its neighbours: Bahrain has gigantic plans to build a vibrant startup ecosystem

Bahrain may be the smallest country in the Gulf region, but its ambitions sure aren't. In fact, the country has ambitious plans of building a vibrant startup ecosystem. It is keen to incubate a large number of startups, with the aim of turning into a gateway for the entire Middle East region.

Edited excerpts of the full interview below.

Q: How does EDB view the overall startup scenario in Bahrain?

A: The Middle East is facing a challenge when it comes to job creation. The World Bank estimates 80 million jobs are needed in this region to cater to future generations graduating from schools. Bahrain is at the heart of this challenge, which is why the EDB is not only looking at attracting foreign direct investment (FDI) but also creating quality jobs in Bahrain.

When looking at the graduates, we also have to look at those who create jobs for themselves and others. Small and medium enterprises (SMEs) and entrepreneurs benefit in Bahrain since it is a small country, which allows these startups and SMEs to first test their products or services and from there, scale beyond borders. For a small business based in the Gulf Cooperation Council (GCC), they’ll find that it is quite easy to scale very quickly from Bahrain to Kuwait, Saudi Arabia, Egypt, and so on.

“We wanted to be the hub for startups in the region, so we created Startup Bahrain. It is a community-driven initiative made up of startups, corporates, incubators, educational institutions, and the Bahraini government to promote the startup culture in Bahrain and beyond.”

We looked at all the pillars that a startup ecosystem would need to thrive and began working heavily on each pillar. One of those pillars is regulation, and we introduced several new initiatives and laws to enhance the ecosystem for startups.

“We are the first country in the region to have a nation-wide cloud-first policy, which will allow the government to provide services more efficiently and at a lower cost.”

Shortly after, came along the data protection law modelled after global practices.

The Central Bank of Bahrain introduced a regulatory sandbox for fintech startups and has created a dedicated fintech unit. An online commercial registration system, Sijilat, was created to allow entrepreneurs to set up a business without having to leave the comfort of their own home, to the point where they are able to finalise registrations in a few hours.

“Another pillar we looked at is ensuring availability of funding for startups. If I’m going to be an entrepreneur, I need capital and access to funding, and so we are building a venture capital industry here.”

We looked at examples from around the world, including in India, and created a fund of funds (Al Waha FoF). To this day, 45 percent has already been allocated across five funds, four of which are technology focussed and one fintech.

Q: What about the availability of talent in Bahrain?

A: Of course, the most critical pillar, but probably the most challenging, is talent. Bahrainis are known for their strong work ethic and skills in a number of fields. That being said, there’s always more that can be done to further upskill the workforce, especially in non-traditional sectors and jobs of the future.

“Our goal is for both Bahraini men and women to be the first choice of employees in highly technical fields, including programming, coding, Industry 4.0, and fintech.”

Amazon Web Services (AWS) has come to Bahrain and has set up their AWS Educate programme, which saw a large number of young Bahrainis sign up for – even more than in India and China.

Additionally, we are working with Udacity, Polytechnic University, and Tamkeen (the Kingdom’s labour fund), to develop local talent as it is a very crucial part of the ecosystem. To give you an idea, Tamkeen has invested a total of $440 million in the private sector and a total of 4,000 Bahrainis trained.

Q: What are the plans of EDB to promote startups in Bahrain?

A: We will continue to focus on developing the core pillars that enable a startup ecosystem. We are also hoping to develop closer links to global startup hubs. In fact, just last December, we signed an MoU with the government of Maharashtra to provide a framework of cooperation around the promotion of fintech in their respective markets.

“India has a thriving startup community and Bahrain could be the gateway to the Gulf for those businesses.”

Additionally, there has been a number of recent initiatives that place Bahrain ahead in the region. The Central Bank of Bahrain recently issued regulations around open banking, crypto-assets, and robo-advisory. The move towards open banking will gather pace, bringing greater personalisation and the release of vast new data sets.

The smallest country in the Gulf region shows its ambition is bigger than its neighbours: Bahrain has gigantic plans to build a vibrant startup ecosystem