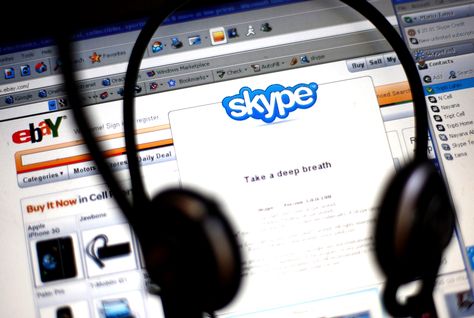 Skype, the  instant messaging app that provides online text message and video chat services, has been blocked in the UAE, the company said on Sunday.

On Skype's message boards, users living in the UAE have spoken of their frustration at not being able to contact family and friends.

"Unfortunately, there is very little Skype can do about this situation. The best course of action would be for you to speak to your ISP and ask why they are blocking Skype and request that they unblock our site and services."

One user, named VeruNeuwirth, said: "I live and work in UAE and I cannot contact my family. I spoke with Etisalat and they say my internet is ok."

Another user, Nikosssslipknot, added: "I try to contact my wife in Dubai, the call is starting as usual but i cannot see her or hear her. Anyone knows what is happening?"

The Skype problems come just days after the UAE's telecoms regulator on Thursday issued a statement to refute reports that WhatsApp’s voice and video calling features has been unblocked in the country.

Users on Thursday reported that the call and video features on WhatApp were fully operational but a statement issued by the Telecommunications Regulatory Authority (TRA) said there is no change in the UAE’s Voice over Internet Protocol (VoIP) Policy. The service was later blocked again.

The video and calls feature, officially rolled out by Whatsapp in November 2016, was blocked in UAE as it was a VoIP service which are restricted in the UAE and only licensed providers Etisalat and du are allowed to provide such services.

The TRA has not commented on the Skype issue.