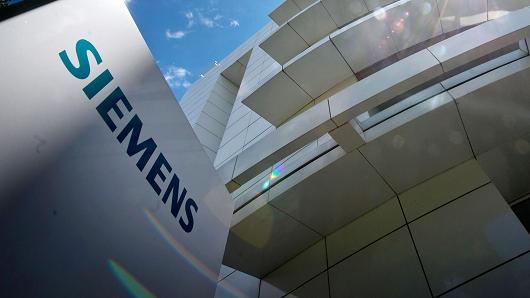 SOURCE : CNBC - Siemens is expanding in the Middle East with a $500 million internet of things investment

German multinational Siemens is expanding its already sizeable Middle East presence by investing in the digital sphere, to the tune of $500 million over the next three years.

The engineering and software giant announced over the weekend its plans to develop digital innovations in the region with two internet of things facilities in the United Arab Emirates (UAE) — one in Dubai and the other in Abu Dhabi.

The projects will be developed on MindSphere, Siemens' open, cloud-based operating system for the internet of things. The company plans to build 20 MindSphere Application Centers in 17 countries, where hundreds of Siemens engineers and specialists will work with customers on projects in machine learning and data analysis.

The MindSphere center in Abu Dhabi will focus on developing operational efficiency for customers in areas like water, waste and oil and gas, while the other, to be located in Dubai, will work on solutions for airports, cargo and logistics.

The internet of things has been described as merging "physical and virtual worlds, creating smart environments" — imagine devices that are connected to the internet and able to communicate with one another.

"The internet of things has arrived and is set to transform industries and cities. However, many companies are still in the early stages of adopting digital strategies and incorporating them into their business models," Roland Busch, chief technology officer at Siemens AG, said in a company press release