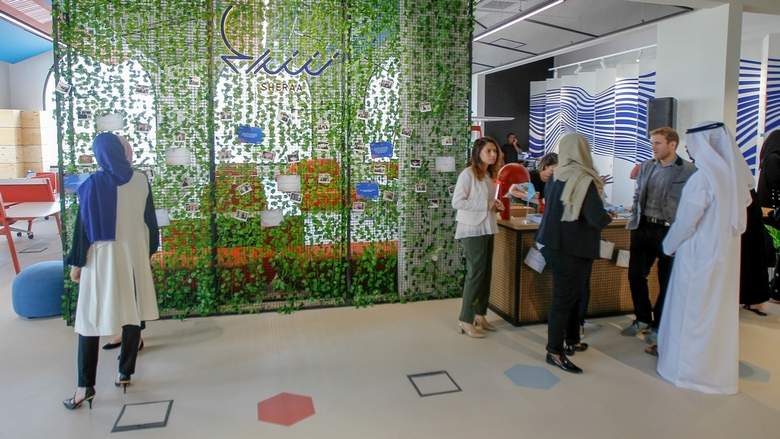 The Sharjah Entrepreneurship Centre (Sheraa) on Monday announced the opening of its second hub at the University of Sharjah (UoS) campus, which is set to support the rapidly growing entrepreneurial community in the UAE.

Inaugurated by His Highness Dr Sheikh Sultan bin Mohammed Al Qasimi, Member of the Supreme Council and Ruler of Sharjah, the new space will give young entrepreneurs access to a pool of resources, including mentoring sessions, team building workshops, hackathons, as well as the opportunity to be a part of the Sheraa programmes.

"A key advantage that Sharjah possesses is its ability to invest in human capital. University City alone is home to over 25,000 students and has graduated over 30,000 alumni, all with immense potential and talent," Najla Al Midfa, CEO of Sheraa, told Khaleej Times. "Sharjah continues to show its support for entrepreneurship and has launched three free zones, including Sharjah Publishing City and the Sharjah Media City - Shams, thus offering a friendlier licensing environment for start-ups. The emirate is also home to the upcoming Research, Technology and Innovation Park, which will strengthen Sharjah's innovation ecosystem by promoting increased industry-academia partnerships."

The UoS collaborative co-working space can be utilised by students and entrepreneurs alike, to meet, share ideas and create new businesses. Sheraa will be hosting a range of inspiring events at the new hub, the first of which, is the Startup Weekend competition on September 27, 2018.

"Sharjah's entrepreneurial ecosystem is fortunate to have the strong support of the government and its leaders who continue to make strides, investing in human resources, technology, and research, with the ability to adapt to the kinds of changes that the Fourth Industrial Revolution and digital economy will bring," Al Midfa added. "The UAE is taking steps to attract startups to the region, while simultaneously encouraging the local entrepreneurship scene. With continued collaborative efforts, there is no doubt that the UAE will reach its 2021 goal of becoming an innovation and knowledge-based economy."

Al Midfa also noted that alongside the strong support of the government, there is growing support from the private sector, who are looking to collaborate and help startups grow.

"The result is a collaborative spirit wherein corporations and startups can innovate and prosper together in a challenging environment. This is key towards building a culture of entrepreneurship across industries to solve real problems," she said. "With this in mind, Sheraa has partnered with Air Arabia, Bee'ah, Crescent Enterprises, Sharjah Media City - Shams, and Sandooq Al Watan in order to promote entrepreneurship in the fields of travel and tourism, sustainability, social enterprise, the creative economy, and Emirati innovation, respectively."