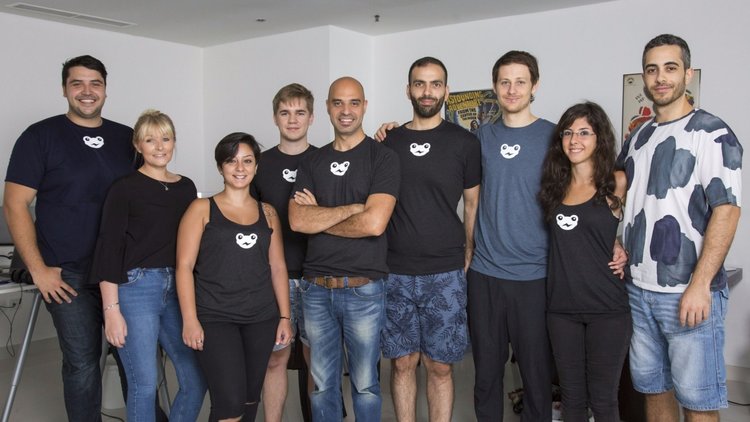 Shazam For Cars: AI-Powered Seez Wants To Change The Way You Buy Cars

SOURCE: Entrepreneur ME - Shazam For Cars: AI-Powered Seez Wants To Change The Way You Buy Cars

We’ve all been there: asking for recommendations from social circles, relying on online classifieds, and visiting numerous showrooms before we zero down on a car to buy. In fact, according to Tarek Kabrit, the co-founder of tech startup Seez, people spend an average of 17 hours in this process, and he believes that as our cities get smarter, our efforts to buy a car should evolve positively as well.

Seez is an app that helps you search, shortlist, and negotiate deals on a car of your choice- but it isn’t just another cars marketplace. Seez is more like Shazam for cars- if you spot the make/ model of a car you’d like to own on the roads, click an image of it on the app, and its machine learning and artificial intelligence capabilities will find out someone around you who’s selling it, assess its fair market value for you, and its personal car buying concierge chatbot Cesar will also aid the negotiation process.

So, how did Seez come into being? “We were walking on the street in Beirut, and saw a Mini Cooper we liked, so we started checking it out and wondering how much a car like that would cost… While we were peeking into the car, the owner came by and we chatted with him, [and it] turned out the car was actually for sale,” Kabrit remembers. This got him thinking about a technology that could help enable transactions of a similar nature. “Cars are usually the second most expensive things people buy, and to have such inefficiencies in the process doesn’t make sense,” he says. Seez was founded in 2015 by Tarek and Andrew Kabrit, and the app launched with two key features- a machine learning-enabled search engine feature that provides information on cars with images as input, and other, a marketplace model wherein people can list their cars with Seez to receive bids and offers from potential buyers.

Given that any enterprise with a search engine model needs critical mass before chasing monetization, Kabrit says the Seez team is currently focusing on two key things- proving that the service can be monetized, and building a product that solves a real problem for users. The startup, however, has planned for various revenue streams to tap in the near future, including a freemium model for users “seezing” cars, and charging sellers a fee to connect with prospects, among others. 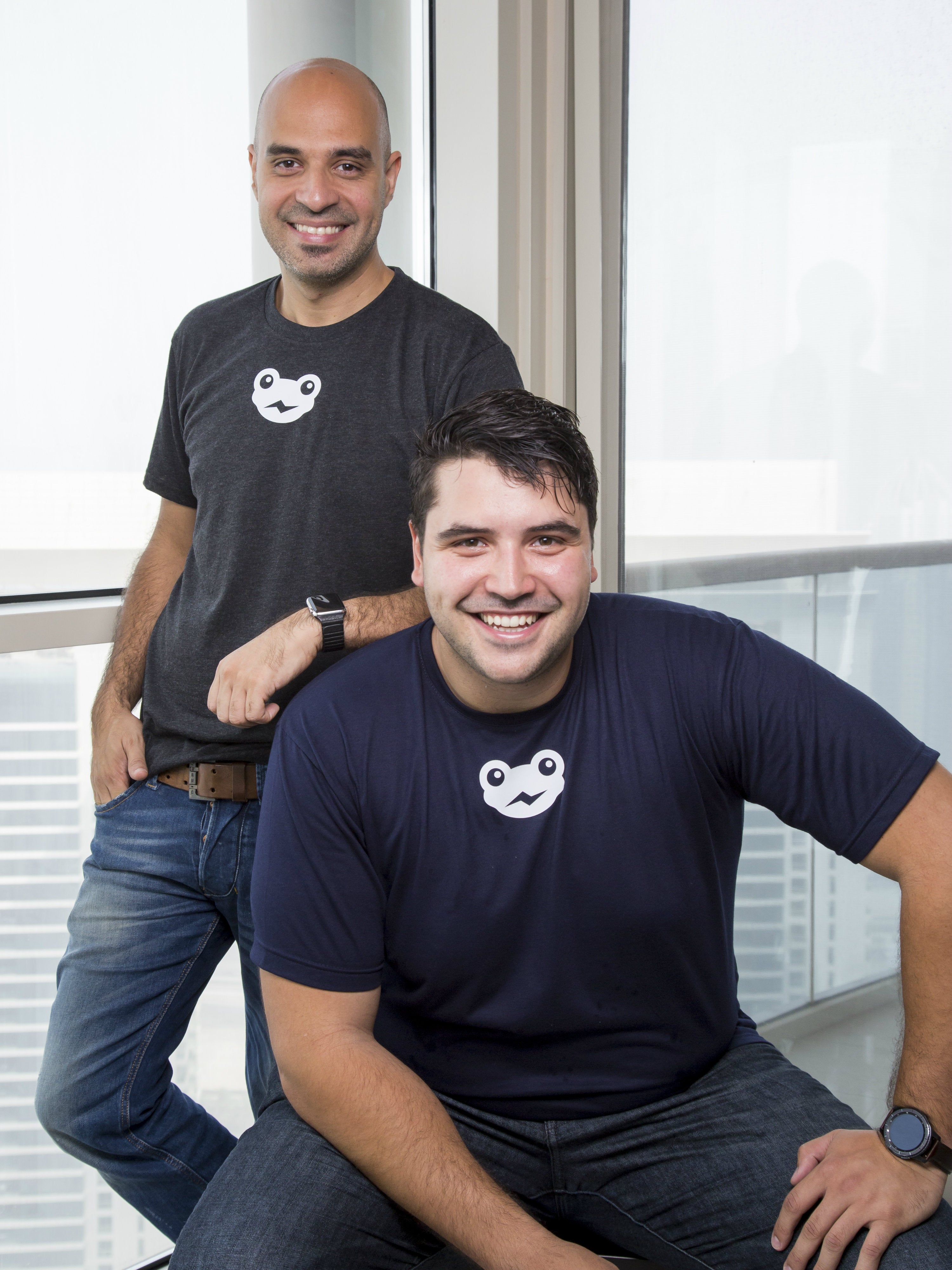 “Over the past year, we added two new features that had a great reception with our users,” Kabrit says. “The first is a price estimator to find the value of any car, and the second is location-based contextual marketing. We realized that one of the problems for buyers or sellers is connecting logistically, and finding a time that works for both to meet and check out the car. So, we introduced the ParkCar feature, which allows buyers to park the car they are interested in, and next time they drive into a mall or a complex, they get a notification telling them that there are 2-3 cars similar to the ones they want at the mall at that point that are for sale.”

As the region welcomes a new generation of car buyers open to new models and ways of buying, Kabrit believes such a trend has been met with an equal evolution in marketplaces. As companies like SellAnyCar, Dubizzle, CarSwitch, and others are addressing the need by coming up with value-added services, Kabrit stresses that he doesn’t see Seez fighting for a piece of the marketplace pie. “We see ourselves as a pure tech company, where we use AI and machine learning in almost all of our features- image recognition, price predictor, and chatbot. We obviously augment the AI systems with manual/human work to ensure a seamless experience for our users, but with time, we aim to fully automate the search process for buyers.”

But are the region’s consumers ready to make one of their major investments relying on a niche tech with high novelty factor? Kabrit believes so. “Initially, Seez might be a niche solution, but over time, we definitely see it as more of a mass market solution,” he says. “At this stage, it is free and not mutually exclusive, so there is very little opportunity cost to try it in parallel with your manual search. That said, like every new tech there will surely be an education period to explain our service and features to the users. But regional users have proven to be more than ready to take up new technologies in the past.”

With over 16,000 cars currently listed in the marketplace side of the business, and 80% of users said to be returning to the app with an average of three daily sessions, Seez, which is based out of the UAE, seems to have had a fairly positive run till date. Even as the lean team perseveres at adding new features to the app, it has grown its returning users by over 80% since the launch, and says a steady stream of inquiries on big-ticket partnerships have also been coming in.

Perhaps it’s on the back of this growth trajectory, coupled with the founders’ strong industry experience (Tarek and Andrew each have around 10+ years experience in management consulting/ private equity and big data/IT project management respectively) that the startup has managed to raise US$1.8 million in seed funding just a couple of years into the launch. Pitching in for this round were undisclosed regional angels and three MENA-focused venture capital firms Wamda Capital (where Tarek was a Venture Partner earlier), Phoenician Funds, and B&Y Ventures in June 2017. “We have been fortunate enough to raise some funding that allows us to keep focusing on the product for the short-term, before the pressure to monetize at scale kicks in,” Kabrit says.

With a founding team that has a wealth of tech and business management experience, one may think they have had it all fall in their laps, but Kabrit says that it wasn’t at all easy. The team has had its share of delays and obstacles along the way, but believe they are overall still on track on their “road to one million downloads” strategy. Kabrit admits that finding tech talent in the region proved to be a huge challenge, leading to bringing in a team of five Danish engineers specializing in machine learning to Dubai. As for markets, Seez is clear that while the MENA region is the perfect launch pad for them, they consider themselves a global service. A cryptic Kabrit says their next market “can be KSA, but it can also be the UK, or even the US.”

Along with constant additions and revisions to the app’s features, Seez also launched recently a “slimmed-down version” of the app called Seez R, which focuses on three key utilities: image search, price estimator, and a personal concierge chatbot. They say fortune favors the brave, and one can’t help but notice that the Seez team has been quite brave to pack in various emerging technologies from AI to image recognition to geo-marketing etc. into its product. I ask Kabrit if that strategy has worked well for them, or if they have bitten off more than they can chew, and his plain-speak response is sure to be useful for all you aspiring entrepreneurs. “I think we surely underestimated the technical complexity of what we were building when we first started, probably because I am not a technical founder,” he says.

“If I knew two years back what I know now, I would surely not have launched all those features together, but we did, we struggled at times, but we made it. Going forward, we want to simplify things and focus on one problem, and solve it really well- the car search problem.” As for Kabrit himself, he’s pretty glad about having moved from the corporate world to life at a startup. “Working on a startup has been very refreshing in a way; there are no politics, perception, and other things that are common in the corporate world… There is just you, your product, and your users- so you better make it count.”

What are your top tips for an entrepreneur to start a business here in the MENA region?

“After completely indulging in this space, I noticed that there is very little new information that you can’t get by reading a few books and articles: pick the right team, big market, solve a problem, listen to users, do things that don’t scale etc. But in reality, it is not just about ‘knowing’ these things, but about figuring out what to apply, when, and how. That said, if I really need to summarize three key findings I would say: [First], make sure your timing is not off, so many great companies came too early and eventually went under. [Second], make sure your product solves a real problem and double check that people actually care about you solving that problem. Some founders jump to conclusions about what users want because it sounds logical or because they think that way themselves, but in reality, most of these are just assumptions that need to be very well tested before jumping in. [Finally], no need to try and be original for the sake of it, there are many great businesses in the West that we can adapt and bring to the region. No need to reinvent the wheel as adapting something that exists elsewhere mitigates a lot of the market and tech risks associated with startups; then it becomes an execution game.”

What is your outlook on MENA’s tech startup ecosystem?

“I think the ecosystem is definitely evolving fast in the region. From VC funds to accelerators to support systems, and even governments, there seems to be a very healthy buzz around startups lately. This coupled with a few success stories has gotten people excited about this space. For the longest time, whenever people wanted to talk about exits it was always Maktoob and Zawya only, now there are over 20 sizable exits including Souqwith close to a $1 billion valuation, and Careem seems to be on track for an even higher valuation. Those two companies have proven that you can build billion-dollar business focusing on the Middle East. With over 300 million people and very favorable young demographics and exceptional mobile penetration, there is no reason why the region can’t be a very sizable and lucrative market for most startups.”

SOURCE: Entrepreneur ME - Shazam For Cars: AI-Powered Seez Wants To Change The Way You Buy Cars

Shazam For Cars: AI-Powered Seez Wants To Change The Way You Buy Cars