Seven Gulf Cities That Aspire To Be Tech Hubs 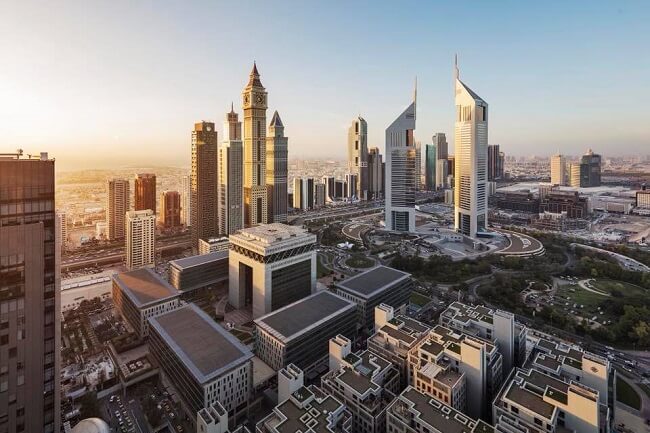 Tech in its current firm has been embedded in society across various sectors and platforms. From the historical cluster of Silicon Valley there are various parts of the world aspiring to be a leader in it. In the Middle East, particularly in the Arab Gulf, this is evident.

The region, in general, is undergoing the largest economic transformation – where the likes of Saudi Vision 2030, which is Saudi Arabia’s national economic transformation plan to be less reliant on oil and to modernize and open its economy – is underway. Tech and entrepreneurship as a whole are playing a huge part in the economic changes, as it helps encourage locals to work in a new industry outside the historical favorite of the public sector.

Here is an example of seven cities in the region that are aspiring to be future global tech hubs:

The capital of Saudi Arabia and the country is changing and diversifying. There was an announcement earlier in 2018 that Google is building one of five innovation hubs in the city, which completed is expected to be the largest of its kind. There is also the city’s new digital hub called Al Ra’idah Digital City.

The capital and largest city of the tiny Kingdom of Bahrain has historically been a regional hub in financial services, tourism and transport. Manama aspires to become that such as in fintech, where it recently launched FinTech Bay, the largest fintech hub in the Middle East and Africa.

The capital of the UAE, Abu Dhabi traditionally like the rest of the region has been reliant on oil. However, it is using its vast resources and wealth to diversity its economy and become a player in tech. For instance, in may Mubadala Investment Company announcedit will establish a technology hub in the capital to attract leading tech companies.

Muscat, Oman’s capital and largest city is undergoing its own economic transformation and also putting tech and entrepreneurship at the forefront. Innovation Park Muscat is Oman’s newest and most ambitious science and technology development. According to its website, it is one of the major initiatives by The Research Council (TRC) to help encourage scientific research, innovation and activate collaboration.

Jeddah is known best by many as the entry point for those going on pilgrimage to Mecca, Islam’s holiest city. However, this is slowly changing as Jeddah and its surroundings are experiencing some of the largest economic changes, which mainly at present have been developments of new economic cities. One, about 100 kilometers (62 miles) from Jeddah is King Abdullah Economic City (KAEC), which is within the city being built from scratch is the Sinnovate Technology Hub.

Not too far from its famous neighbor Dubai lies Sharjah, which historically was a trading and cultural hub in what is now known as the UAE. Sharjah too is aspiring to be a player in tech. For example, they have Sheraa: Sharjah Entrepreneur Center, whose aim is to support and empower entrepreneurs as they establish their business, according to their website. The center is amongst the education cluster, home to one of the best universities in the region, the American University of Sharjah.  Sharjah’s close proximity to Dubai also attracts many who live in the city but work in Dubai.

Dubai is not only become a regional powerhouse but fast becoming a global player. As it gets ready to host the world’s largest gathering of people, Dubai Expo 2020, Dubai is keen to be a major player in tech. For example, it is home to many regional offices of large multinational tech firms (including the likes of Google and Apple), as well as accelerator programs like Techstars. Dubai is home to regional powerhouses in the tech space such as Dubai Future Accelerators, Fintech Hive, and Astrolabs – to name a few.