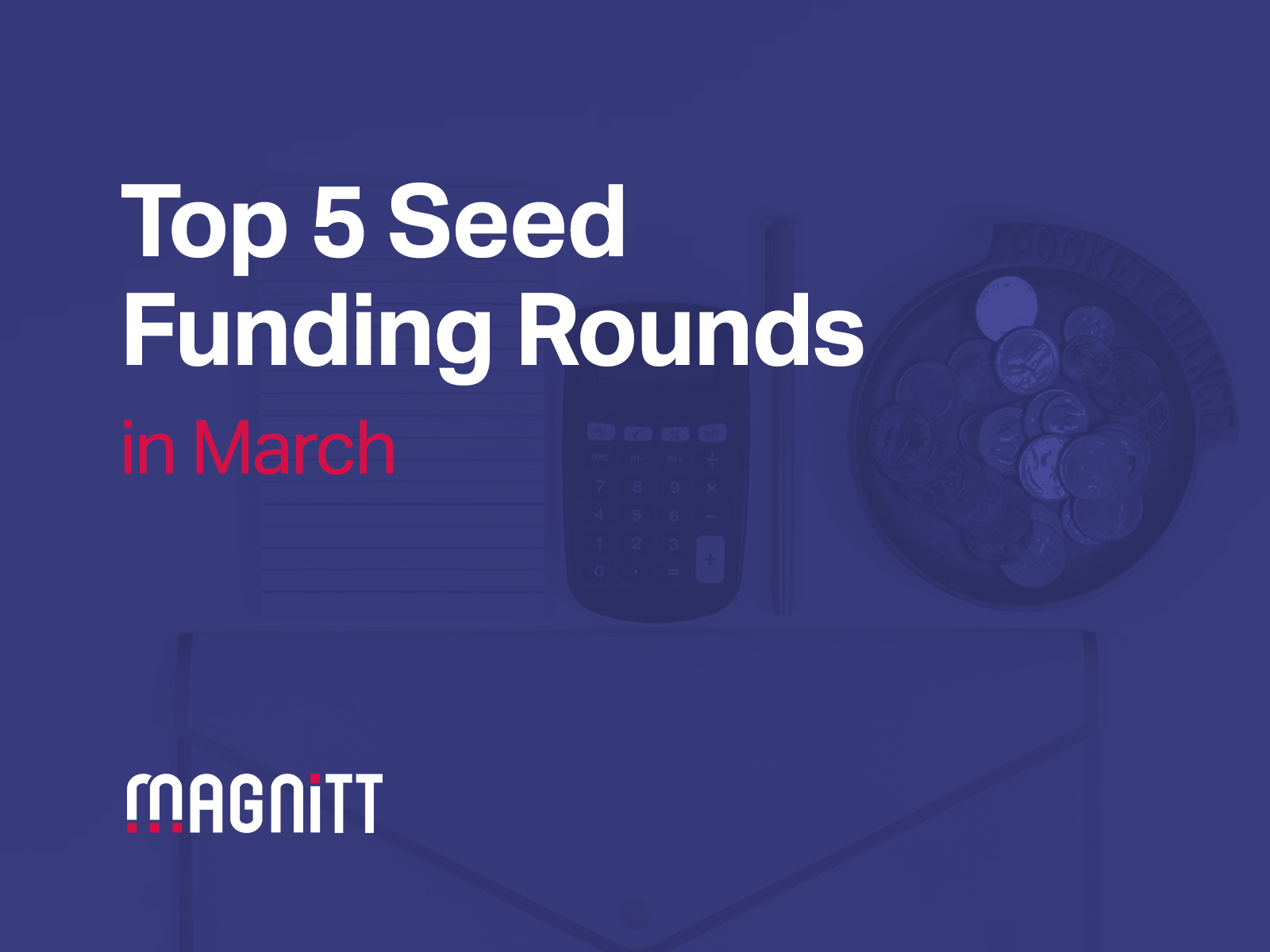 Last month saw a large amount of Seed funding rounds announced in the Emerging Venture Markets ecosystem (EVM) on MAGNiTT. As we are now a week into Q2 and prepare for the launch of our Q1 reports next week, we're recapping the 5 major Seed fundraises that took place in March. Stay tuned for the Q1 reports to deep dive into all venture data trends for the quarter.

2020 was a slower year for early-stage investments due to the pandemic and investors skewing towards larger investments in later-stage startups, at the expense of smaller tickets in the earlier stage. MAGNiTT's 2021 Emerging Venture Markets Report found that total deal count was down by 13%, with later-stage deals ($500K-$3M) increasing by 52%, but the number of Pre-Seed rounds (<$100K) halving YoY.

Despite the general trend last year of relocating capital away from the earlier stage, March 2021 saw a promising increase in the number of Pre-Seed and Seed investments. Are we now seeing closures for the rounds that were put on hold last year? With more certainty, a year into the pandemic, are investors no longer worried about 'riskier' investments?

Service My Car was launched in 2018 with the aim of digitizing a predominantly brick-and-mortar car servicing industry, and with the infusion of technology, bring in more transparency, affordability, and convenience to car owners. Customers can book their car service online, have their car collected and delivered at a time and location convenient to them, and stay updated on their car's progress throughout the repair stages.

The tech-enabled car-servicing platform announced its $10M Seed funding round, led by Oman's Bahwan last month and is now looking at expansion into the GCC by the end of the year.

SadaPay is an Islamabad-based digital bank bringing modern financial services to 175 million unbanked in Pakistan. Its mobile app allows users to sign up for a wallet account in under two minutes and immediately start using a SadaPay Virtual Mastercard.

The Fintech raised a $7.2M Seed funding round, led by Recharge Capital, with participation from existing investor Kingsway Capital, Jim Pallotta’s Raptor Group, and Fintech angels, to scale its product offering and attract global talent to double its headcount to over 100 over the next 12 months.

Founded in 2019, Abwaab is an online learning platform that allows secondary school students in MENA to learn at their own pace, test themselves and get ahead with our expert tutors anytime and anywhere. It has produced over 50 thousand video lessons and questions and currently serves hundreds of thousands of unique students.

The Edtech raised a $5.1M Seed funding round, from 4DX Ventures, BECO Capital, EQ2 Ventures, Foundation Ventures, GSV Ventures, and Spartech Ventures. Abwaab plans to use the funding to fuel its regional expansion, kicking off with Egypt first which is home to 21M students.

Koinz is an F&B startup that builds technology tools to empower restaurants of all sizes in the Middle East to quickly increase revenue through meaningful, rewarding, and data-driven interactions with their customer base. The platform allows restaurants to acquire new customers that use its mobile app for takeout and delivery orders.

Koinz raised a $4.8M Seed funding round, led by Justin Mateen, with participation from 4DX Ventures and strategic angel investors in Egypt, Turkey, and Saudi Arabia. With the new capital, Koinz will hire more talent and fuel the company’s expansion across the region.

Remotebase’s mission is to turn Pakistan into a global tech hub by hiring, training, and then placing engineers in Silicon Valley-based startups. The idea is to give Pakistani engineers exposure to the world’s most innovative companies by deeply integrating the engineers inside those companies. Engineers work anywhere between 12-18 months with each company.

Remotebase raised a $1.4M Seed funding round last month, led by Indus Valley Capital, with participation from several global investors such as Tim Draper, Hustle Fund Ventures, and other angel investors, to scale operations by the end of 2021, hire more engineers, and power hackathons.