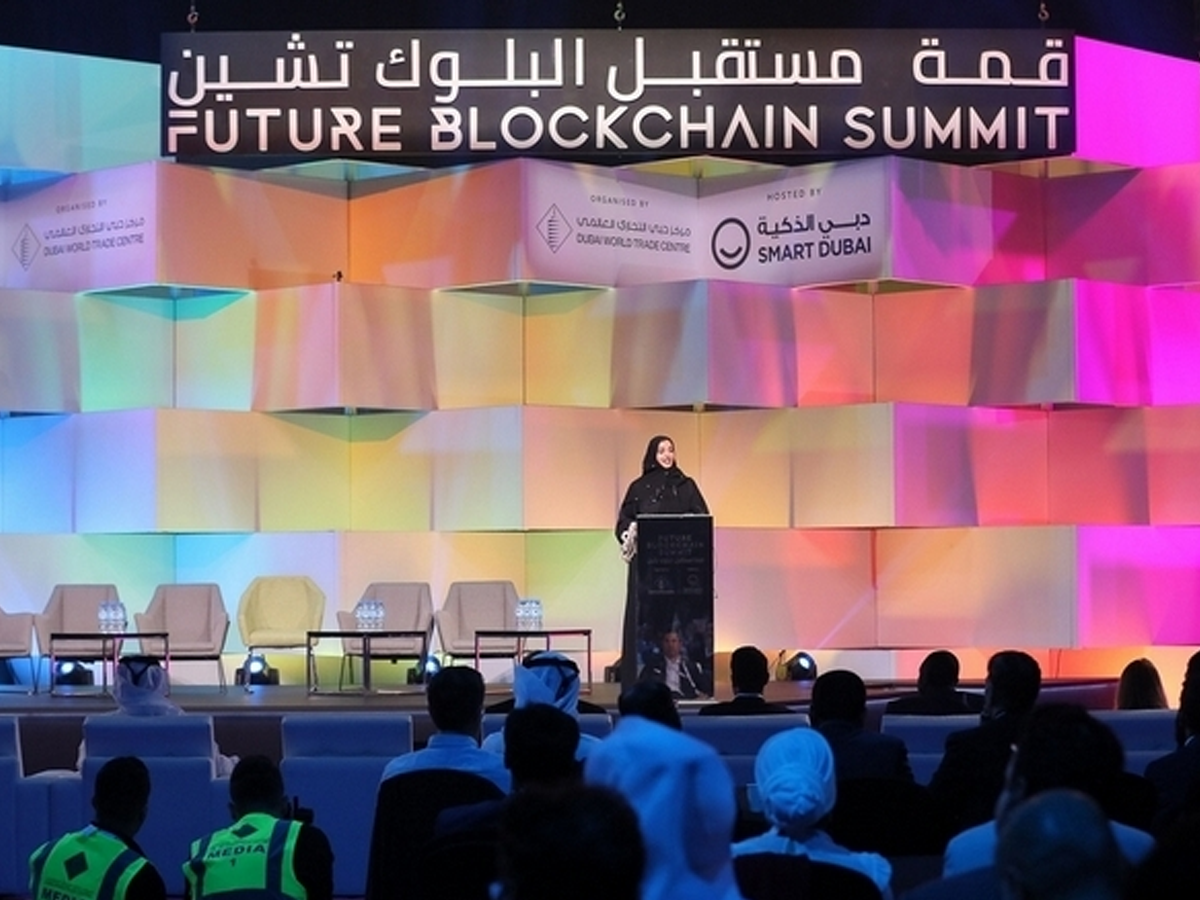 The second Annual Future Blockchain Summit in Dubai took place in the first week of April. Smart Dubai partnered with the Dubai World Trade Centre (DWTC) to arrange this grand event that gathered thousands of Blockchain experts from different corners of the world.

In this two-day long event featured 68 Blockchain startups and businesses, and governments representatives from 130 countries. Over 170 speakers came to share their experience and knowledge to the thousands of attendees. Over 100 of these speakers had their first exposure to the region. And last but not the least, globally renowned brands like Coca-Cola, Tencent, Johnson & Johnson, HSBC, eBay, Maersk, Lufthansa and many more were featured too.

The participants were intrigued to see the walk-through of ‘City of the Future’, powered by Blockchain and brought by the UAE telecommunications giant du. It allowed the visitors to earn and spend tokens while they were experience the technology for the first time to understand its true potential. It featured specific ‘hubs’, hosted by government entities and local businesses. They all demonstrated how Blockchain can be utilized to make our lives better.

Director General of Smart Dubai, Her Excellency Dr Aisha Bint Butti Bin Bishr, said: “We are building on the success of last year’s inaugural Future Blockchain Summit. While the industry continues to grow at a phenomenal speed, it has also experienced volatility and market correction in the past year. Resultantly, it is vital to bring all key stakeholders in the blockchain ecosystem together year-on-year to cooperate, learn and grow real business relationships.  We designed the Summit with this in mind, as the world’s foremost platform shaping the future of the industry. We look forward to seeing how the UAE, and all smart cities, will be impacted by the way this technology is implemented.”

The pool of invited speakers was very rich, including influential personalities from all over the world. Personalities like Vinny Lingham, world’s first Bitcoin Oracle and Shark Tank panelist; Brent Wilton, Global Head of Workplace Rights in Coca Cola; and Abdel Mageed Yahia, the Director of World Food Programme shared their thoughts on Blockchain. All of them had used the technology on their respective fields.

Phil Chen commented on how Blockchain gives people back their right over their personal online data, “The internet today is very centralised – it keeps track of everyone, with more predictive power and surveillance capabilities than ever before rested in the hands of handful of companies. In today’s digital-age, anybody can have access to your email and use it to transfer, for instance, money. In order for such things to not happen, we need to own our digital identities”.

The Summit also featured the third round of Global Blockchain Challenge, in association with Dubai Future Accelerators. 700+ entries were submitted from 79 countries, to be crowned as the world’s most innovative blockchain startup. Quantstamp won the challenge, securing the $20,000 prize money. They are a smart-contact security company from US. iGrowChain, an Indonesian agriculture startup secured the second spot and won $15,000, while a Canadian Blockchain financial services and development company named Grayblock came third, winning $10,000.