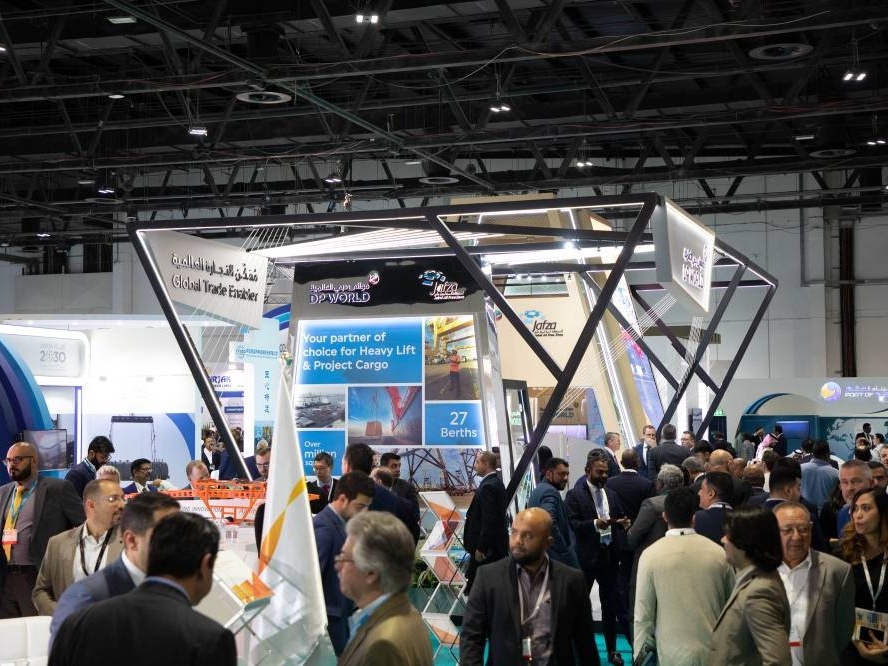 The Sharjah Chamber of Commerce & Industry (SCCI) participated in the three-day 18th Conference of Arab Businessmen & Investors that ended last Nov. 14 under the slogan “Investing in the Fourth Industrial Revolution: Entrepreneurship and Innovation in the Digital Economy” in Manama, Bahrain.

The SCCI took part in the conference in a bid to transfer Arab expertise to its SCCI members from the private sector, businessmen, and investors in various commercial and industrial sectors, to take advantage of the ideas and visions showcased in the conference about investment mechanisms in light of the fourth industrial revolution, as well as to introduce participants to the SCCI’s services, facilities, and initiatives for the business community and highlight the investment opportunities in various economic sectors in Sharjah, and to shed light on the Chamber’s key role in facilitating the Arab trade movement.

Speaking on the SCCI’s participation, Abdullah Sultan Al Owais said: “The conference was a good chance to identify the economic cooperation opportunities with Arab businessmen, with the aim of holding close relations with manufacturers and exporters in the Arab countries. It also addressed several issues that help create a roadmap for entrepreneurship, innovation, knowledge, and digital economy to be optimally invested by incorporating sophisticated innovative technical knowledge skills and tools. This will form a value-added to the Arab economies and a foundation for transformation into a knowledge-based economy.”

Al Owais added: “The SCCI was keen to take part in this pioneering event as part of its strategy to consider all possible ways of developing innovation and creativity in business sectors, which will contribute to enhancing the national economy and bolstering the objectives of Sharjah’s holistic development process.”

He pointed out that the Sharjah Chamber showcased its experience in the digital economy by highlighting the recommendations of the 6th Conference of HR & Labor Market, which was recently organized by the SCCI under the theme ‘Gulf Labor Market in Light of the Growth of the Digital Economy’, emphasizing the joint Gulf trend and efforts exerted to keep abreast with the world’s latest technology developments, especially in the current time which is witnessing a tremendous development in the communication, in an endeavor to explore the available opportunities for investors based on quality, innovation, and building a competitive knowledge economy.

While commending the efforts made by the Bahrain Chamber of Commerce and Industry to organize this important event at the Arab and regional levels by providing great opportunities for reinforcing the business and investment sector, Al Owais also congratulated Board of Directors of the Bahrain Chamber of Commerce and Industry on the 80th anniversary of its inception, underlining its historical value and position as the region’s first chamber of commerce playing a key role in articulating Bahrain’s national economy and its development.

Mohammad Ahmed Amin Al Awadi said: “It was an active participation, through which we held bilateral meetings with a large number of Arab investors, in addition to the great interaction in all sessions of the conference which discussed a number of business sector issues, with a special focus on networking, building relations, and learning best practices.”

“We also highlighted the SCCI’s investment activities and introduced the facilities given to motivate businessmen and investors from all over the world, with the aim of consolidating Sharjah’s position as a vital commercial and investment hub across the region and the world,” Al Awadi explained.

Concluding his remarks, the SCCI’s Director-General pointed out the conference saw the participation of an elite of speakers and participants in fields of entrepreneurship and knowledge economy, where a particular emphasis was placed on enhancing the organizational cooperation between Arab countries in entrepreneurship and knowledge economy, and challenges of the Fourth Industrial Revolution on both public and private sectors.

In addition, a number of important topics were reviewed including; the new digital environment and promising investment opportunities, the transformation to the digital economy in the Arab world between the challenges and aspirations of modernization, entrepreneurship and innovation and projects of women and youth, and areas of investment in the fourth industrial revolution in the Arab world.

This conference represents an Arab economic and investment gathering to encourage investment in Entrepreneurship and Innovation in the digital revolution in the Arab world and to enhance the cooperation between the Arab countries in this field. It is a key platform that brings together all the Arab parties concerned with investment including; senior officials, investment and promotion bodies, entrepreneurs and Arab companies involved in various sectors of digital investment. — SG