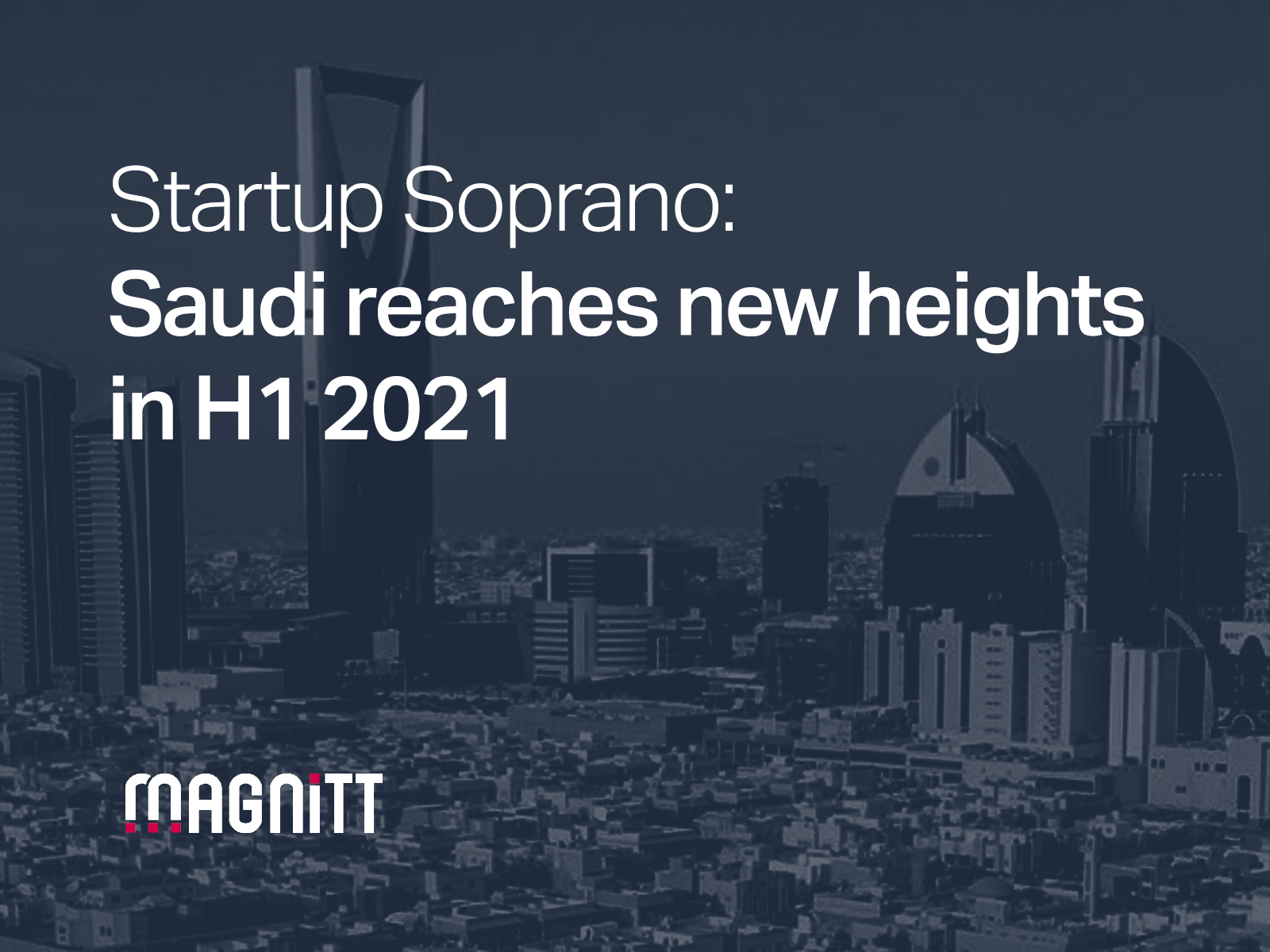 The VC ecosystem in the Kingdom of Saudi Arabia has been on a gradual growth track and was marked by a record-breaking increase in venture investment in the first half of this year. Our Saudi Arabia H1 2021 Venture Capital Report in partnership with Saudi Venture Capital Company(SVC) emerged with exciting data and some precedent-setting breakthroughs that could provide an outlook to Saudi’s VC future.

Saudi Arabia observed a staggering 65% growth in capital invested in H1 2021 YoY, accounting for 14% of all funds raised in MENA in the first half of the year. This growth resulted in a half-yearly record amount of capital invested in Saudi, which surpassed the full-year capital raised in pre-pandemic 2019 by $62M and is valued at 94% of capital raised in full year 2020. Despite a 7% drop in number of deals between H1 2020 and H1 2021, the Saudi VC ecosystem showed exemplary performance on several fronts, perhaps foreshadowing its rise to becoming the top VC ecosystem in the region.

Crunching the numbers in the Saudi Arabia H1 2021 Venture Captial Report, here’s what we think are three key takeaways and progressions from the Saudi Ecosystem’s half-year run:

From a broader perspective, the deal flow in KSA did witness a dip in H1 2021, however, if we focus on the data and benchmarks at hand we still observe a very healthy qualitative and quantitative growth in KSA-based VC deals. The 54 deals closed in H1 2021 was the second-highest number of deals closed by Saudi startups in half a year, that’s after H1 2020’s record of 58 transactions. Even more remarkably, Saudi Arabia was able to close the deal gap with the UAE from 44 transactions in 2020 to just an 11-deal difference in H1 2021.

Zooming in on the 7PP YoY drop in number of deals in H1 2021 is of utmost importance to us, due to the nature of this drop and what we believe has caused it. Out of the 58 deals closed in H1 2020, 5 of them were accelerated, while the 54 deals closed in H1 2021 recorded only 1. Dropping accelerated deal share from 9% of total transactions in H1 2020 to around 2% in H1 2021. We have witnessed a similar dip in accelerated deals in the entirety of MENA resulting in a 20% drop in number of deals YoY. However, in Saudi Arabia, the 4 YoY deal drop in total transactions could surely be attributed to the 4 YoY drop in accelerated deals.

Driven by the 77% increase in average round size YoY, Saudi Arabia climbed a rank since H1 2020 to secure the second-largest share of funding across MENA, accounting for 14% of total capital raised in the first half of the year. This half-yearly record could also be attributed to several other drivers. The Saudi Arabia VC ecosystem observed a healthy deal flow, where Early-stage funding accounted for 82% of the 54 transactions closed in H1 2021, while later-stage deals rose by 7PP YoY. Yet most importantly, it could be attributed to Saudi Arabia’s steady growth track, where CAGR of VC funding has been 56% between 2016-2020.

FinTech and F&B Take the Lead

Even though the top funding round in KSA over H1 2021 was the $31M Series B round closed by b2b E-commerce platform Sary, the E-commerce sector observed a %54 decline in funding in the first half of the year. This resulted in the emergence of FinTech and Food & Beverage as the top 2 industries, accounting for 25% and 19% of total funds raised in KSA in H1 2021 respectively. Every fourth transaction was closed by a FinTech startup, including Lendo’s stellar $7.5M Series A fundraise, while the F&B industry witnessed an unprecedented 1,041% YoY growth amplified by major investments in KSA-based startups, the likes of Foodics’ $20M Series B investment.

As the vigorous VC ecosystem in Saudi Arabia evolves and achieves new records make your own trend conclusions from our free Saudi Arabia H1 2021 Venture Capital Report in partnership with SVC.