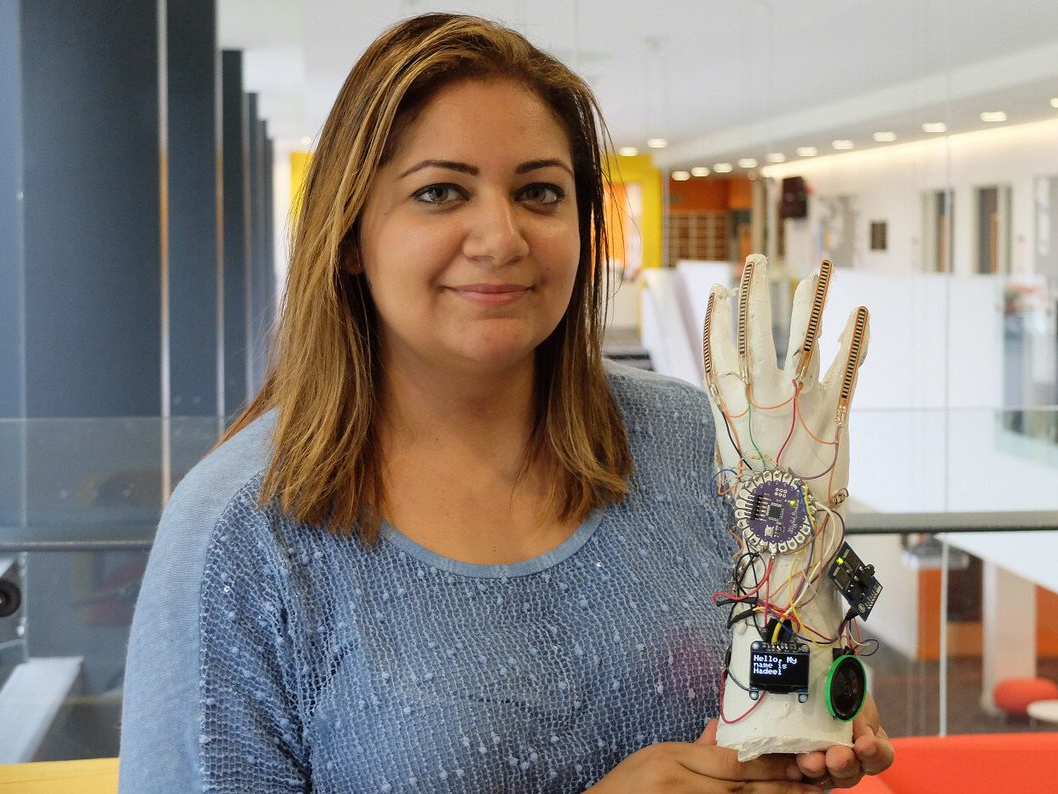 People who are unable to speak will be given a new voice by Saudi inventor and tech innovator Hadeel Ayoub.

Ayoub is the founder of London-based tech company BrightSign,and developed a smart glove that allows mute individuals to communicate by translating their sign language into speech and text.

It took Ayoub four years to complete the device and she has finally planned to launch it later this year.

She believes the smart glove will be a great help to families that have children with speech disabilities. The BrightSign glove will help the children become better at sign language. In addition, the device will provide instant translation in most languages via a web app.

Ayoub has designed the glove with a relatively simple architecture that includes several sensors embedded under an outer glove, tracking finger positions, hand orientation and dynamic movements. A slender wristband contains the hardware.

The hand gestures get translated into text that appears on the glove screen, and speech is made audible with a mini-speaker. The users can flexibly select the speech and voice language.

According to Zawya, Ayoub won the IBM Global Hackathon in AI for Social Care with her design, representing her university. After receiving positive response, she decided to take the project even further.

“I want to break the current barriers facing those who wish to broaden their experience with sign language beyond the current traditional method,” Ayoub said.

“The glove has gone through multiple rounds of prototyping and testing. I have implanted the users’ feedback to develop hardware, software and design,” she added.

“It is now being used in six schools to help non-verbal children overcome their communication challenges in the classroom.”

If Ayoub’s Smart Glove gets launched successfully, it will be a significant contribution in educating children with speaking disabilities.