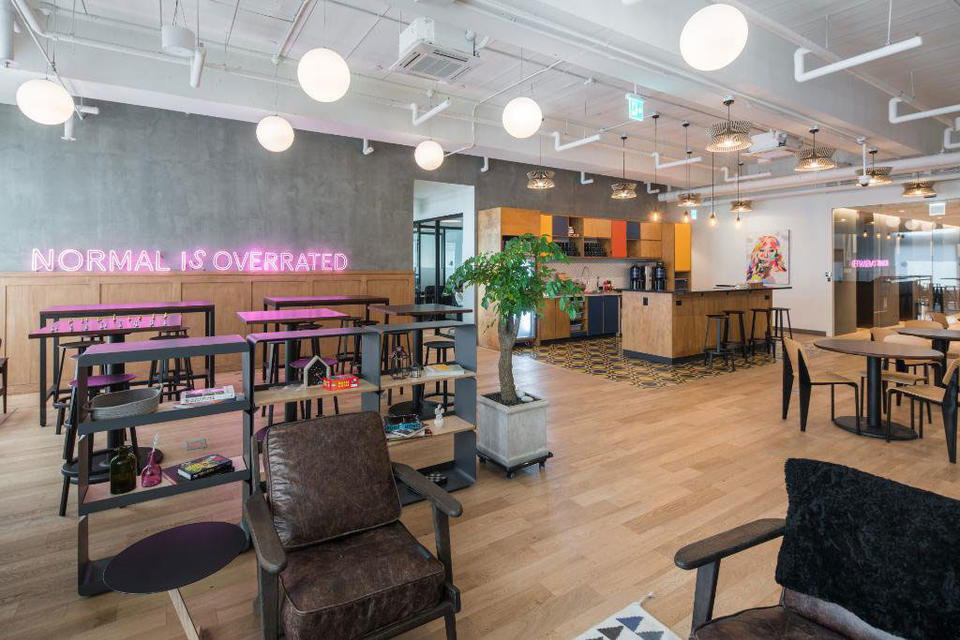 SoftBank Group Corp. has decided against taking a controlling stake in real estate company WeWork and is instead planning to make a smaller $2 billion investment, according to people familiar with the matter.

SoftBank, which has already invested more than $8 billion in WeWork, had discussed taking a controlling position in the co-working start-up, potentially spending $16 billion to buy a larger position in the company, said the people, who requested anonymity because the talks are private.

Recent declines in tech stocks - particularly SoftBank’s shares, which are down about 20 percent in the last month - played a role in the decision to reduce the deal’s scope, one of the people said.

WeWork’s 7.875 percent bonds, which are due in 2025, dropped 3 cents on the dollar to 86 cents on Monday afternoon in New York, according to Trace, the bond-price reporting system of the Financial Industry Regulatory Authority. That’s the lowest price since the debt was issued last April.

SoftBank and WeWork declined to comment on the talks. The Financial Times earlier reported SoftBank’s plans to downsize its WeWork investment.

Stock markets have taken a beating in recent months over fears of a global recession and a trade war between the world’s two largest economies. The S&P 500 index is down 13 percent from a September high.

Meanwhile, some venture capitalists are warning that private technology companies are overvalued, and they place a big part of the blame on SoftBank, which has been spending aggressively in Silicon Valley.

SoftBank controls two large pockets of money, the $93 billion Vision Fund and its own corporate coffers. Originally the SoftBank Vision Fund, in part backed by the Saudi Arabian government, was considering buying the controlling stake in WeWork. Now, SoftBank the company is planning to make the investment directly.