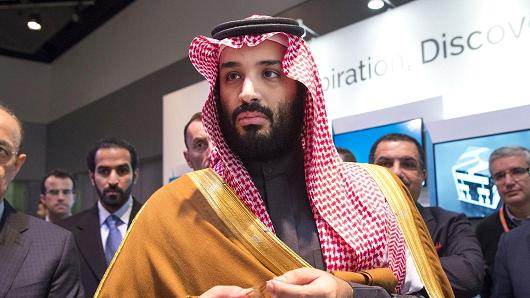 A year and a half ago, I returned with my family to my native Saudi Arabia after a lengthy stay in the U.S. Our oldest, eight-year old Leen, had learned from her upbringing to ask lots of questions, and they started right away. "Baba," she asked me, "why are there no women drivers here?"

I didn't have a good answer, just like I didn't have about any number of other things people of my generation had been unsatisfied with for decades but couldn't really change. But as it happens, a few months later, I didn't need an answer, because Saudi women were given the right to drive.

That was just one of many carefully-considered reforms that had taken place at home. The man responsible for them is Mohammed bin Salman, 32, the crown prince in line to be the country's next sovereign. "MBS," as he is known everywhere, has been making global headlines for his bold steps to reshape Saudi society. Women driving is but one of them. A dramatic fight against corruption and an ambitious vision for the year 2030 are others.

MBS is currently on an American tour, and in a recent 60 Minutes profile, he calmly answered tough questions on the theme of whether he is rushing things as a young leader. To the contrary, he said -- at one point arguing that what he is doing is "extremely necessary."

I am convinced my country is at a stage where we can no longer afford incremental solutions. MBS and I are roughly one year apart in age. I've spent much of my adult life in the U.S., at M.I.T. and later running global businesses for Google, before deciding to go back home to help with the big changes Saudi Arabia needs. And I'm one of an entire generation of young Saudis who believe that what MBS is doing is much more than necessary. It is vital.

That's because he is bringing a sense of hope to millions of young Saudis — educated, digitally savvy, who represent the majority of the population. And they are being energized to show the world a new face of Saudi Arabia, one that is open, optimistic and eager take its place on the global stage. MBS is telling us, "Go out there and make that happen." And with bets like Neom, a planned city and economic zone, he is contemplating the moon shots we can showcase a possible future not only to Saudi Arabia, but to the world at large.