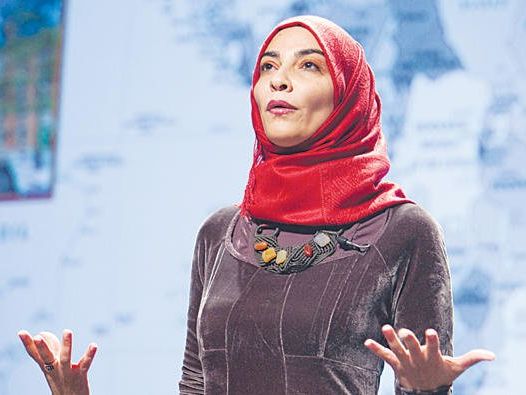 Saudi Arabia works towards innovation and creativity: The Kingdom strongly believes that investing in these qualities is key as it looks to help drive its economy in the post-oil era

SOURCE: Arab News - Saudi Arabia works towards innovation and creativity: The Kingdom strongly believes that investing in these qualities is key as it looks to help drive its economy in the post-oil era

DUBAI: Innovation and creativity have become the buzzwords in the Gulf, and it’s not just by coincidence. The United Nations marked World Creativity and Innovation Day this month, on April 21, which it began recognizing in 2017 as the “true wealth of nations in the 21st century.”

Saudi Arabia is working on cultivating these qualities among its talent to help drive its economy in the post-oil era.

“Nurturing economic growth is the best route out of poverty, both here in Saudi Arabia and across the world,” said Dr. Hayat Sindi, the first Saudi and female scientist to become a UNESCO goodwill ambassador for sciences. “Science, technology and innovation are offering more solutions than ever before, but there has never been a greater need for those solutions to modern developmental challenges. As we approach 2030, where the world’s governments will be judged on progress toward the 17 Sustainable Development Goals (SDGs), it is key we transform the way we approach development.”

In 2016, Dr. Sindi was appointed by then UN Secretary-General Ban Ki-Moon to the 10-Member Group to support the implementation of the SDGs. She believes innovation and creativity will lead to achieving the goals and drive economic growth.

“If you give people the tools to build a sustainable future for themselves, their communities and their countries, you will build up their pride and enable them to fulfil their potential,” she explained. “Science, technology and innovation are offering bold new solutions, but there has never been a greater need for real and creative answers to the world’s developmental challenges.”

As the chief scientific adviser at the Jeddah-based Islamic Development Bank, Dr. Sindi believes it is crucial to engage young people in development to drive meaningful change. “One of my life-long passions has been to transcend the existing gaps between education and opportunity, particularly for young people,” she said. “In 2011, I launched i2, the Institute for Imagination and Ingenuity, to encourage innovation among young people — specifically scientists, technologists and engineers.”

Through fellowships, training and mentorships, she sought to inspire the next generation of innovators so that they may realize their dreams and, ultimately, contribute to the world. “Islamic tradition holds its young people in special esteem and calls upon them to be active members of society by contributing to development,” she said. “Education is the key to unleashing the potential of future generations, and that’s why it is key to fund skills and education training that enables access to the labor market and improves their life prospects.”

One of her roles at the bank involves putting science, technology and innovation at the heart of its work. As such, she launched its $500 million Transform Fund and Engage platform to support innovators to find solutions to development challenges.

“My passion in life is to see that the impact of science and the benefit of innovation reaches every single person in the world,” Dr. Sindi said. “And that work continues at the (bank), which is doing a huge amount to embrace creativity, innovation and entrepreneurship around sustainable development in its initiatives, having a positive impact on both Saudi and the wider world.”

But more still needs to be done in the realm of attracting and supporting women in roles related to science, technology and innovation. “At a young age, inspired by great scientists and thinkers, I convinced my family to allow me to travel alone to England to pursue higher education, a rare permission for a young Saudi woman,” she said.

“With the great support of my family and tutors, I became the first Saudi woman to be accepted at Cambridge University in biotechnology, and the first woman from any of the Arab states of the Gulf to complete a doctoral degree in the field. I have always been passionate about advocating social innovation and, with a team from Harvard, I co-founded Diagnostics for All to link science and society together.”

Together, they created affordable diagnostic devices for people in impoverished regions, which won first place in Harvard Business School’s Business Plan Contest, in the social enterprise track, and first place in the Massachusetts Institute of Technology’s $100,000 Entrepreneurship Competition in 2008.

“I am truly passionate for the promotion of science-based skills for women, particularly in the developing world,” she added. “I was pleased to be named UNESCO goodwill ambassador in October 2012 to empower STEM education for women and girls. Women in STEM subjects will be crucial if we are to find new models that will provide the outcomes the UN global goals strive for.”

Entrepreneurship is gaining momentum across the Kingdom. According to Philip Bahoshy, CEO and founder of MAGNiTT, a database for start-up information across the Middle East and North Africa, it is a key driver, as part of the Vision 2030, for the diversification of the Saudi economy, to help drive youth productivity and innovation, and support employment opportunities.

“Across Saudi Arabia, institutions have embraced this to meet the objectives,” he said. “According to MAGNiTT data, 2018 saw $49 million of investment in venture-backed start-ups (in Saudi Arabia), and we saw initiatives through the creation of multiple accelerator programs, like Misk 500. We foresee investment and start-up activity to grow in 2019 and beyond.”

Having attended the STEP Conference in Riyadh earlier this year, he spoke of a tangible buzz around innovation and entrepreneurship. “The Hajj Hackathon in 2018 also held the record number of participants attending a hackathon event,” he said. “This highlights the appetite across the Kingdom with plenty of room for growth, and early success stories are paving the way for further investment and start-ups to help drive economic growth, job opportunities and digitalization of the Saudi economy.”

Vision 2030 supports the Kingdom’s will to help local businesses and aspiring youth who are keen to explore opportunities and make their mark. “The indication of these steps in Saudi Arabia can be seen from the introduction of creative hubs, such as Hayy, that act as an incubator for creatives and entrepreneurs, which will also help in further nurturing KSA artists, creators and entrepreneurs,” said Rami Hmadeh, managing partner at Serviceplan Middle East, a Dubai-based communications agency.
Innovation accelerators are also becoming more common in the Kingdom, such as Accelerate Makkah, a five-stage program that helps young people venture into the entrepreneurial scene. “These steps will help to contribute to a rise in entrepreneurship in Saudi Arabia by reshaping, redefining, and helping to diversify its economy,” Hmadeh added.

“The number of Saudi women entrepreneurs has also grown significantly from 2007 to 2017, from 4 to 39 percent, which illustrates the positive impact of this new thinking. Saudi Arabia is rapidly evolving as one of the preferred destinations with a conducive environment for change, creativity and innovation,” Hmadeh said.

Around the world, countries are developing national plans to elevate entrepreneurship and support innovation. King Abdullah University of Science and Technology (KAUST) is no exception.

“An innovative approach is essential for success,” said Dr. Kevin Cullen, KAUST’s vice president of innovation and economic development. “It takes creativity to translate ideas from the lab to the world. That creativity is embedded in science and it starts in the laboratory, and to push the boundaries of knowledge, you need to look at problems through a different lens.”

KAUST looks for entrepreneurs and scientists who push the boundaries of science and technology, thinking about problems in new ways. “A core part of KAUST’s mission is to instill an innovation mindset into the youth of the Kingdom,” he said. “Over 8,000 young people have taken part in our start-up accelerators and training programs, resulting in new ideas, new companies and new jobs. Youth are the impact-makers and the change-makers of the future, and we need to empower them and give them the tools to be able to make those changes.”

Mohammed Abdullah, president of the Dubai Institute of Design and Innovation, said that the region is experiencing significant growth in innovation and entrepreneurship. “By investing in minds, you are preparing the young talent for a new future,” he said. “According to Saudi’s Vision 2030, the Kingdom will continue investing in education and training students to excel in future jobs. Alongside that, the UAE Vision 2021 is based on building a new competitive knowledge economy.”

Art Jameel, Ithra’s Tanween creativity festival and Saudi Design Week are other examples of innovation. “They showcase the potential for design as a tool to solving problems of the future, across a range of sectors and industries,” Abdullah said.

“This is the work of the next generation, and now is the time to access these young minds and cultivate that creativity. In this region, we have to think of other ways to innovate, and you can’t do that if you don’t have people thinking creatively.”

Saudi Arabia works towards innovation and creativity: The Kingdom strongly believes that investing in these qualities is key as it looks to help drive its economy in the post-oil era