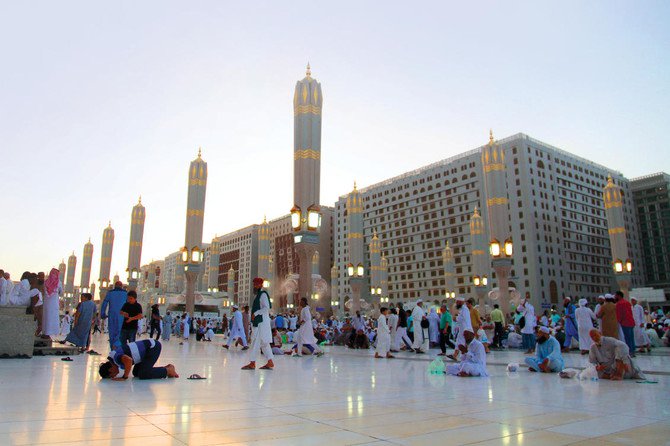 DUBAI: The Kingdom has been investing heavily in startups as Saudi Arabia focuses on growing its economy to achieve its Vision 2030 objective of moving away from dependency on oil.
Young entrepreneurs are expected to play a key role as the Saudi Arabian General Investment Authority (SAGIA) tries to boost foreign direct investment.
“Value impact is very important,” said Dr. Mazin Al-Zaidi, head of innovation and entrepreneurship at SAGIA. “These startups, being able to establish themselves in the Kingdom will have a value impact.”

The King Abdullah University of Science and Technology (KAUST) is hatching different technologies. Its flagship program, the TAQADAM Startup Accelerator — a partnership with the Saudi British Bank, is a six-month intensive program to help scientists create valuable technologies quickly.
“We’ve seen really good outcomes in terms of specific technologies, such as in energy or artificial intelligence in the last two cohorts,” said Hattan Ahmed, entrepreneurship collaboration manager in Innovation and Economic Development at KAUST.

“They are resolving some key challenges, not just for Saudi Arabia but the world.” Another startup developed laser lights to help crops grow indoors, he added.

Last year, Sadeem Wireless Sensing Systems — a KAUST IP-based startup — won the Global Startup Award at Gitex Future Stars. It describes itself as an “urban real-time flood monitoring system to save lives.”
“It addressed the key challenges in deploying smart city solutions to provide informative analytics to allow decision-makers to control floods in cities,” Ahmed said.
“The key challenge is for entrepreneurs to take a technology and explore creative ways of deploying it in non-obvious ways.”

The government is making it easier for startups in the Kingdom. “When it comes to entrepreneurship, startups and technologies being developed, it’s difficult if you don’t have the connections,” said Mohammed Almajed, adviser to the chairman of the board at the Saudi Technology Development and Investment Company (Taqnia). “With mega-projects, you need credibility, and there are lots of overheads that are impossible for startups to overcome unless there is a government-based company that can minimize the overheads.”

Taqnia builds a supportive community for startups. “We’re capable of bringing partners together to solve one problem,” Almajed said. “If you’re alone, you’ll be swept away so we’re the network. We have our own ideas and market, and connections with research and development centers, product development centers, that will be accessible to those working with us.”

Saudi Arabia is aiming to be in the top 20 countries measured by “ease of doing business” by 2020. “This year, Saudi Arabia had the largest number of reforms in the region,” Al-Zaidi said. “For the environment to become healthy, a lot has to be done and we’re working on it. We’re heading in the right direction.”

Cura is one startup that promises to transform medical consultation in the Kingdom. It is the first platform in the Middle East planning to give people consultations with one of its 1,600 doctors using real-time chat and live video calls. It is also the tele-medicine provider for the Kingdom’s Ministry of Health, serving more than 300,000 citizens with 10 contact centers across the country and 400 doctors with around 3,000 virtual visits a day.

Wael Kabli, CEO of Cura, said: “Saudi Arabia wants to increase private sector contribution to the GDP. So they have to bring more companies into the economy and the best way to do that is through entrepreneurship.
“There has been a big movement happening since last year and we have a huge number of startups today,” he said. “A very good example is the increasing number of startups at Gitex this year in comparison with last year.”

Another example is Morni, an interactive mobile application to provide roadside assistance in Saudi Arabia and the Gulf, a startup founded by Salman Al-Suhaibaney in 2015. “In Saudi Arabia, the number of SMEs is relatively higher than corporates — more than 90 percent of companies are SMEs,” said Al-Suhaibaney, Morni CEO. “But they’re not contributing more than 2 to 3 percent of GDP, so supporting these SMEs will contribute more to GDP.”

He said that supporting KSA tech businesses would be a great opportunity to further contribute to the Kingdom’s GDP and help achieve its Vision 2030 objectives. “There are a few entrepreneurs coming to Saudi Arabia now but we’re looking for high-impact entrepreneurs and we’re capitalizing on companies that could expand globally from the Kingdom,” he said.

According to MAGNiTT, a database for startup information across Middle East and North Africa, the region has seen continued growth in startups. Disclosed funding for KSA-founded startups rose from $18.8 million in 2016 to $39.8 million in 2017.
“There is a clear focus at all levels of governments and corporates on the promotion of entrepreneurship and innovation in the Kingdom,” said Philip Bahoshy, founder of MAGNiTT.
“Innovation is a key driver of an economy’s diversification while also helping support employment. As one of the largest populations and economies in the region, the Kingdom is prime for the adoption of innovation to support the creation of efficiency for users and companies alike.”

So far this year $32.8 million has been invested, with 97.9 percent of annual growth of disclosed startup funding from 2014 to 2017 in Saudi Arabia. The trend is expected to continue, with more than 15 registered venture capitalists on the platform and more than 10 incubators and co-working spaces across the Kingdom.