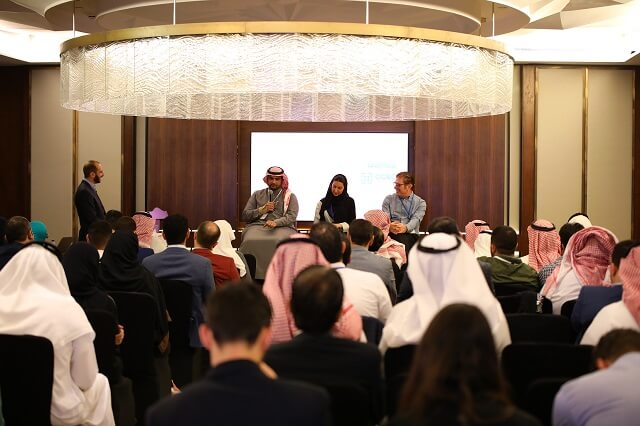 Despite having the largest market in the GCC in terms of population and consumer spend, Saudi Arabia’s tech startup ecosystem is small and nascent compared to its vast oil sector. SMEs make up a small proportion of the economic activity in the Kingdom, contributing about 20% to the GDP. Unemployment among Saudi nationals is around 12.8%, but youth – who comprise about half of the 32 million population – face a more difficult challenge, as the public sector, which has traditionally been the main employer of university graduates, has become overcrowded.

These were the findings published in a new report by Wamda in collaboration with OC&C Strategy Consultants, shared at the Riyadh edition of Wamda’s flagship Mix N’ Mentor event.

Commissioned by Google and titled “Tech Entrepreneurship Ecosystem in the Kingdom of Saudi Arabia”, the report highlights the state of the entrepreneurial ecosystem and the challenges and opportunities facing startups in the Kingdom of Saudi Arabia. The event recently took place at the Hyatt Regency Riyadh-Olaya and brought together entrepreneurs, industry experts, investors, among others to focus on issues relevant to the Saudi startup ecosystem.

Walid Faza, Partner at Wamda, kicked off the even by presenting the report’s main takeaways to the audience, noting that while the appetite for entrepreneurship is growing and the number of startups launched in KSA is on the rise, there are not enough support organizations such as accelerators, mentorship programs, and coworking spaces to cater to their demands.

Fares Ghandour, Partner at Wamda, said: “As the region’s largest economy, we see great potential in Saudi Arabia – it is an attractive market for startups and corporations alike. As a country that is still heavily reliant on the oil sector, Saudi Arabia must continuously be looking into how to maximise its entrepreneurial potential and harness it as a new source of economic growth and employment.

“Government support has increased, regulatory roadblocks are being stripped away, but much more can still be done to make it easier for the ecosystem to reach its full potential. Events like Mix N’ Mentor aim to bring together important players in the ecosystem to network, collaborate and help foster collaborative entrepreneurship.”

As the ecosystem matures, tech entrepreneurship can be a remedy for the country’s oil sector dependency.

“You cannot escape the fact that technology is transformative. Today, digital is not a tool, it is not an accelerator, it’s a game changer, it shapes your strategy,” said Selim Eddé.

As governmental support and initiatives launched over the past couple of years begin to take effect, entrepreneurship is expected to rise. Eddé believes it is essential for startups to cater to the young demographic with the understanding that mobile is an extension of their arm.

According to the report, a healthy tech ecosystem depends on a large pool of qualified potential founders and employees with superior skills in technology development and entrepreneurial drive. Saudi Arabia’s fundamental challenge is to transfer talent to private-sector employment and to tech entrepreneurship. The drive to promote private-sector employment, especially entrepreneurship, demands a radical shift in the mindset of the young as well as that of their communities.

At the moment, the sector tends to be a bigger consumer rather than creator of digital technologies. The majority of startups that have emerged in Saudi Arabia are Software as a Service (SaaS) or e-commerce oriented, while startups for the King Abdullah University of Science and Technology (KAUST) offer more deep-technology solutions.

While there have been no significant exits valued at more than $100 million, there has been progress and dynamism in the sector. There is a very strong political commitment to developing a solid science, technology and innovation base in Saudi Arabia and as a result, support for the tech ecosystem has grown.

The authorities made available a $1bn ‘fund of funds’ alongside other financing programmes and in the past three years, the Kingdom has seen a surge in start-up accelerators and incubators for technology companies, as many government and non-profit organizations are directly or indirectly supporting Saudi entrepreneurs. Saudi Arabia has more than 40 business incubators and several accelerator programs, half of which of have some form of government affiliation.

“We are definitely seeing opportunities where regulators have paid attention to the sector itself. We are showing interest in terms of moving around regulations and ease of doing business,” said Nejoud Al Mulaik.

During the roundtable sessions with mentors who included representatives from government entities as well as the private sector, startups shared their challenges. Common issues included raising angel investment, acquiring talent and the disconnect between the various government and licensing bodies as well as the authorities.

“It’s clear that Saudi Arabia has all the elements, but they are looking at one another and they are not moving,” said Eddé. “Connecting, collaborating, co-innovating to create opportunities for the future is extremely important.”

For Salman Al-Suhaibaney from Morni, a roadside assistance app, there needs to be more acute support for startups at different stages of growth. “Today, it’s much easier for entrepreneurs to determine what they want,” he says. “There needs to be support at every stage and not the same set of solutions that can be applicable to everyone.”

With its dynamic and young population structure, Saudi Arabia has the potential to build and grow a competitive knowledge economy. Given the Kingdom’s abundant resources and inherent market dynamics, the burgeoning tech entrepreneurship ecosystem can lead the non-oil revolution and become a regional powerhouse.