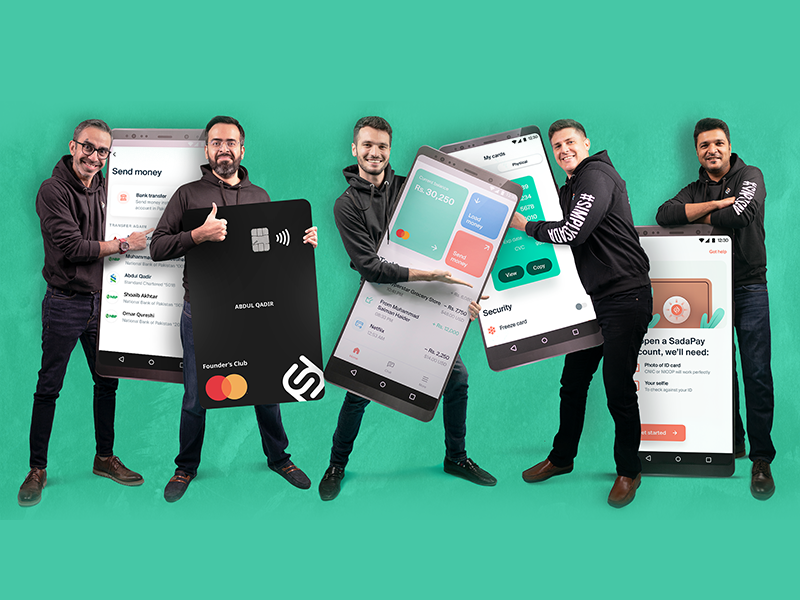 Discover all Fintech startups based in Pakistan on MAGNiTT

SadaPay plans to take advantage of the nearly one million smartphones coming online in Pakistan every month through its mobile app that allows users to sign up for a wallet account in under two minutes and immediately start using a SadaPay Virtual Mastercard. Because SadaPay is directly connected to Pakistan’s National Database & Registration Authority (NADRA), it can instantly verify any Pakistani’s identity from anywhere in the world - including the 15 million Pakistani expatriates living abroad.

Users are offered a free physical debit card that is shipped anywhere across the country in 2 business days and allows three free cash withdrawals per month at any ATM across Pakistan. The card numbers are only accessible securely in the app instead of printed on the card for anyone to copy.

SadaPay has also integrated with the local banking switch to facilitate free bank transfers. “Imagine the ease of use of Venmo or Cash App, but connected to the traditional banking system so you can seamlessly send bank transfers to anyone; even if they don’t have a SadaPay account,” explains SadaPay’s CEO and Founder, Brandon Timinsky.

Pakistan is the 5th most populous country globally with over 220 million people, but it has the 3rd largest unbanked population after China and India. Brandon added, “Pakistan has a refreshingly progressive regulator, a burgeoning unbanked middle class, widespread smartphone adoption, and over 70% of the population is under the age of 35. We believe that a combination of factors makes Pakistan one of the best places for emerging fintech in the world and we are excited to be a leader in that ecosystem.”

The startup, which has offices in Islamabad, Karachi, and Lahore, does not bear the high costs of managing the physical infrastructure of traditional banks, instead passing those savings to its customers in the form of free financial services. SadaPay states that it does not generate revenues from premium product offerings such as merchant services and remittances.

The new funds will enable SadaPay to scale its product offering and attract global talent to double its headcount to over 100 over the next 12 months.

Don't miss out on any breaking funding announcements from across the region by signing up for our funding alerts!