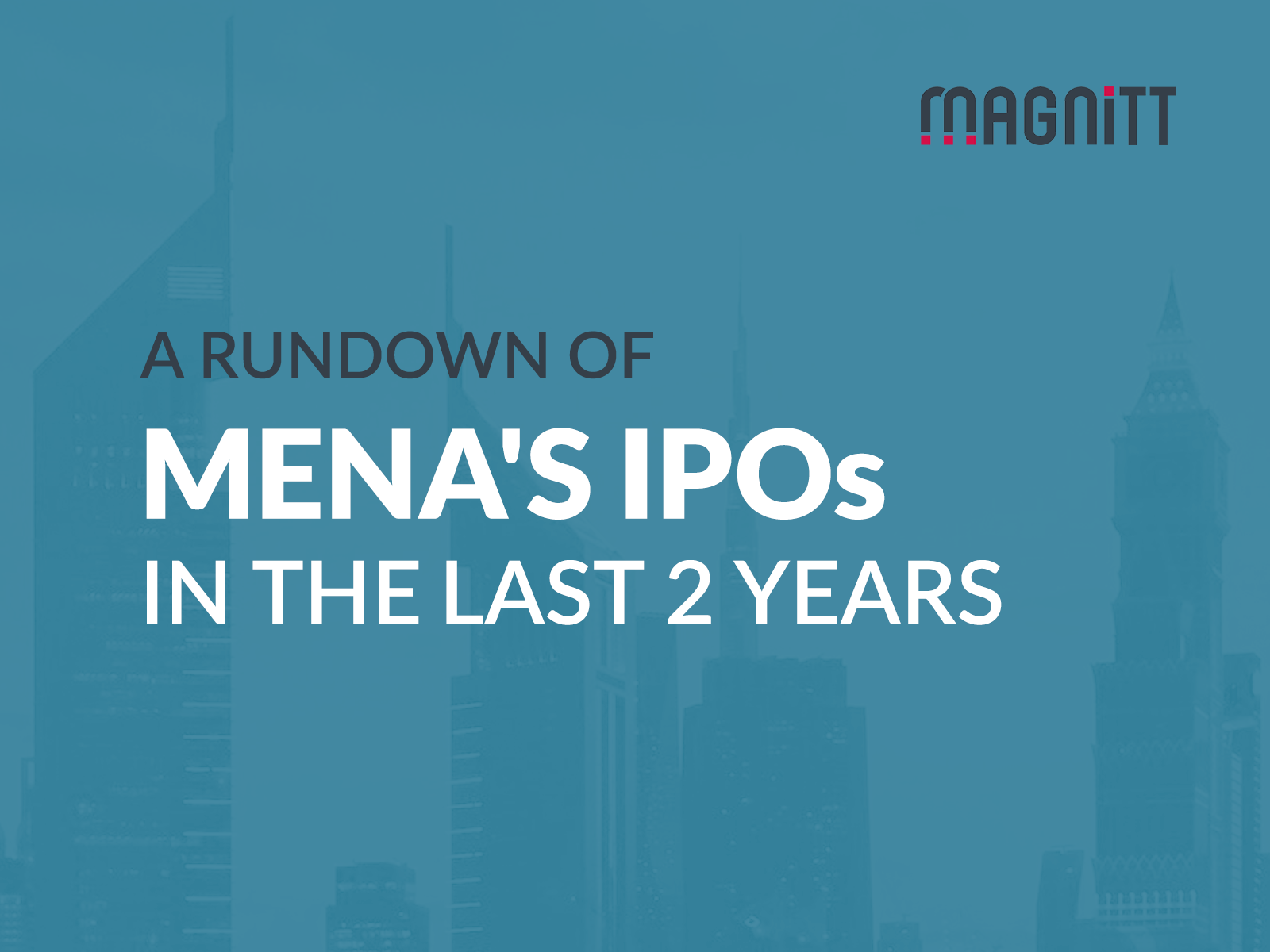 A rundown of MENA's 3 IPOs in the last 2 years

After it was announced last week that Anghami, the region's music streaming platform, is set to go public later this year via a SPAC vehicle, we're looking back on the MENA region's most recent IPOs. While many companies can build, prepare, and aim for an IPO, few may actually make it, and others may not necessarily have this as their end goal.

A startup listing publicly and taking such a transparent route brings it a variety of advantages, from an initial major cash injection to the exposure on an international level, its business opportunities, credibility, and access to growth are all significantly increased. With a record $1B in venture capital invested across MENA startups last year, activity in the region is positive, yet, for those startups whose long-term goal is to exit, there are typically two ways to do this: 1. Sell your startup/be acquired, 2. Go public (IPO).

The companies mentioned below took the decision to go with the latter and are listed on three separate markets across the globe, illustrating the cross-border impact and reach of MENA startups.

Dubai-based Fintech, Network International is the oldest company on this list, having been established in 1994. In Q2 of 2019 the company listed on the London Stock Exchange (LSE), becoming the largest IPO in London in 2019 at the time. Network International provides a range of payment solutions and services in the Middle East and Africa, with a core focus on merchants and financial institutions.

In March 2019, just before the IPO, Network International acquired Emerging Markets Payments (EMP) from Actisfor for $340M, creating the largest payments processor in the MENA region. As part of its IPO, existing investors such as Emirates NBD, Walburg Pincus, and General Atlantic sold part of their stake in the company, while international payments provider MasterCard acquired a 10% stake in the company, becoming the fourth-largest shareholder.

Fawry, an Egypt-based digital payment processing company founded in 2009, is owned by local and foreign investment banks since the initial acquisition of the company in 2015, valuing the company at $100M at the time. It currently offers financial services to consumers and businesses through more than 190 thousand locations and a variety of channels such as online, ATMs, mobile wallets, and retail points. Fawry’s services for businesses now also include collection services, customer acquisition, electronic cash, payment facilitation, and business-to-business collection centers.

In the Summer of 2009, the company listed on The Egyptian Exchange (EGX) – the IPO was oversubscribed by 30.3 times at a price of 6.46 Egyptian pounds ($0.39), data from the Egyptian stock exchange showed. Fawry listed 36% of its share capital, worth up to $97M, in the flotation.

Anghami, the region's leading music-streaming platform, was founded in Lebanon in 2012 by Eddy Maroun and Elie Habib. Since its inception, the company has built a platform offering more than 50 million songs to more than 70 million users, aiming to provide users with a seamless experience to listen to unlimited music on-the-go.

After almost 10 years of operating in Lebanon, Anghami earlier this year partnered with ADIO to shift global headquarters and establish its research and development to the UAE's Abu Dhabi. Co-Founder Elie Habib shared that the decision was made to reach out to a bigger talent pool and access larger tech resources that were not earlier available to them.

In Q1 of 2021, Anghami announced that it will list on New York's Nasdaq stock exchange as a result of a merger with Vistas Media Acquisition Company Inc. The transaction, which is the first time a MENA startup has used a SPAC vehicle to list, is expected to close in Q2 of 2021. The combined company will operate under the Anghami name and will trade under the new symbol “ANGH.”

Who do you think will list publicly next and why? Connect with me and share your thoughts.

A rundown of MENA's 3 IPOs in the last 2 years