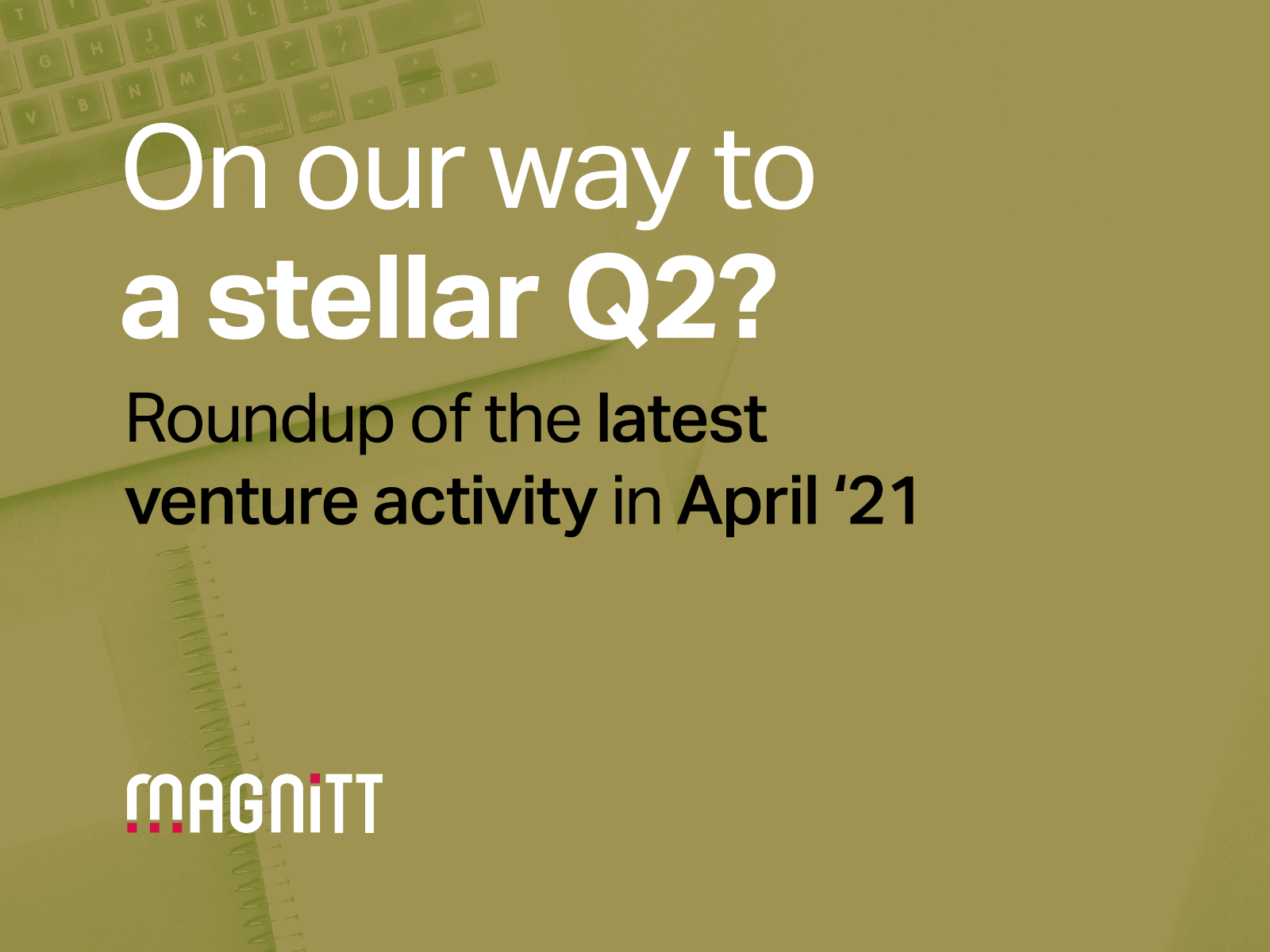 On our way to a stellar Q2? Roundup of the latest venture activity in April 2021

MAGNiTT’s monthly venture investment dashboards keep you on top of the latest venture activity across MENA, Turkey, and Pakistan. Our most recent edition, the April 2021 Venture Investment Dashboard, takes a closer look at what went down in the Emerging Venture Markets during last month, and its impact on venture funding in 2021 so far.

Indicating a strong start to the quarter, VC investments in MENA in April alone amounted to 37% of venture capital raised in the region in Q1 2021. Below is a comprehensive round-up of the month, summarized in three points:

1. Egypt made a strong return after a slow first quarter

Egypt recorded the largest growth amongst EMV geographies, with capital deployed rising YoY by 3,500% and deal count inflating by 250%. Venture capital invested in the country amounted to $53M in April, more than double of what it was in Q1 2021. Previously, a slow first quarter had meant that Egypt stood below Pakistan, a relatively younger startup ecosystem, in terms of capital deployed. With a solid performance in April, Egypt not only surpassed Pakistan by total venture funding in 2021 YTD, but also levelled to 86% of capital invested in KSA this year.

Egyptian investor A15 was ranked the most active investor in the month, alongside UAE-based Global Ventures and Jordanian firm ShamalStart.

In concurrence with the dominant trend in Q12021, Fintech was the most attractive industry for investors in April. Startups from the sector raised a massive 69% of total VC investments in MENA during the month. Although the number of deals in Fintech remained unchanged year-over-year, the six deals in April 2020 were only worth $2.7M while those in April 2021 were valued at $77M. This indicated that capital was concentrated into considerably larger deals this year, with the average ticket size being $12.8M.

Three of the top five deals in MENA in April were closed by Fintech startups. The largest of these transactions, worth $34M, was directed towards Egyptian startup Tribal Credit.

In Turkey, Gaming was the sector to command the strongest interest. The industry received 3,000% more funds in April 2021 than it did during the same month last year. So far in the year, the sector has witnessed 19 startups close deals at an average value of $7M. In another big April development, Uncosoft, a Gaming startup founded in 2018, was acquired by game developer Rollic.

In April 2021, Pakistani startups raised 79% of the capital they did in the first quarter of the year ($22M). However, 93% of this funding was concentrated towards a sole venture. Enterprise Solutions startup Jabberwock Ventures raked up $20M in VC funding, making April the highest funding figure in nine months. The total capital deployed in Pakistan in 2021 YTD stands at $49M- almost 50% of the total VC funding in 2020.

For a detailed look into venture activity in the month of April across MENA, Turkey and Pakistan, access MAGNiTT's April 2021 Venture Investment Dashboard.

On our way to a stellar Q2? Roundup of the latest venture activity in April 2021