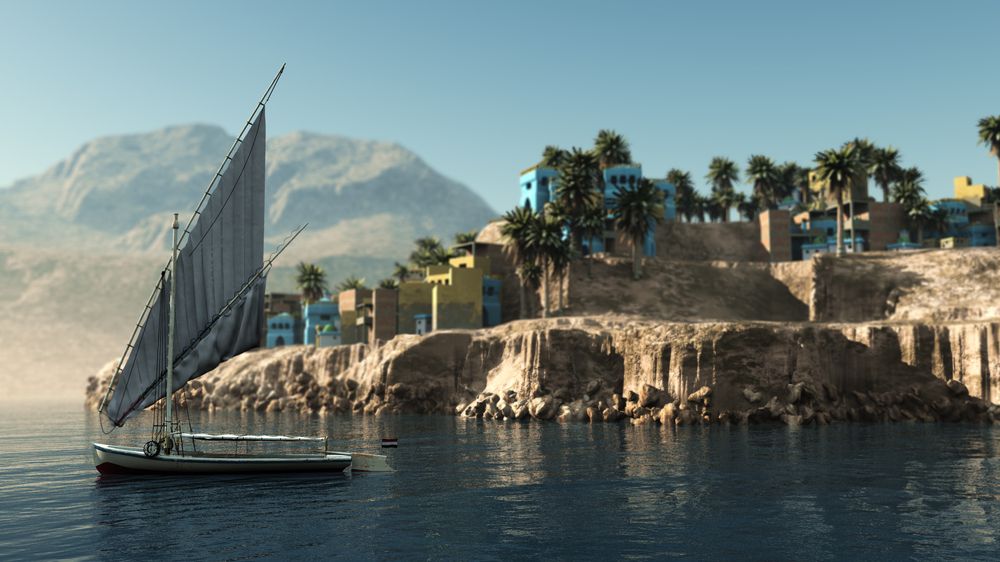 Some 500 kilometres south of Cairo, entrepreneurs in Upper Egypt are attempting to emulate the capital’s thriving startup scene. Across the four governorates of Assiut, Sohag, El-Minya and Qena, budding entrepreneurs came together last month to attend RiseUp Week, a hackathon set up by RiseUp, the organisers of one of the Middle East’s largest startup events.

Hoping for a chance to win up to EGP30,000 ($1700) in funding, the event saw five winning teams from each of the four governorates battle it out for the prize money.

“Our slogan for RiseUp week is ‘Look South’ and we wanted to look south because we believe it has resources. People are very active and passionate but need a lot of development and skills,” says Mahmoud El-Heny, project manager of RiseUp Week.

Much of Egypt’s opportunities and resources are centralised in Cairo and Alexandria, and so Upper Egypt has traditionally been marginalised, relying mostly on tourism and agriculture to stimulate its economy. According to the World Bank, Upper Egypt’s poverty rate is three times that of the metropolitan cities of the country, unemployment rates are also higher in this part of Egypt and the gender gap is wider.

Now, it is entrepreneurship that many feel is the opportunity to better the economy of the south of the country.

Buoyed by a $1.5 billion fiscal package directed at developing the four governates of Upper Egypt, the region is commanding more attention. RiseUp Week attracted considerable interest from both private and governmental investors.

“We realised that there is an opportunity in Upper Egypt, minds are starting to change, and there are startups that cannot find investors,” says Mohamed Farouk, chief executive officer at Nile Angels, a network of angel investors founded in 2018 to support startups in Upper Egypt. “So, we thought to have an angel network here, to be close to the startups and invest in them.”

The Middle East’s first angel network, Cairo Angels, has also started to pay attention to opportunities in the south. Among its portfolio of companies is Simplex, an Upper Egypt startup that offers industrial solutions and manufactures computer numerical control (CNC) router machines for the Egyptian market.

One of the most successful startups to have emerged in this part of the country is Electrobekia, which collects and recycles e-waste and has secured EGP100,000 from the Technology Innovation and Entrepreneurship Centre (TIEC).

“We decided to launch our startup here because we know the access and the know-how of this region and there are people who already work on this type of business in Alexandria and Cairo, unlike here where there is less competition,” says Safaa Youssef, business development manager at Electrobekia.

The company currently operates across Qena, Sohag and Assiut with plans to expand to Luxor and Aswan.

But while there may be less competition, there is also a lack of funding, skills and direction.

“What we found here in Upper Egypt is that people are really thirsty for any kind of mentorship and direction. There is a potential here but what they really need is a focus of training and programmes to develop the calibre that is here,” says Muhammed Hegazy, investment associate at Cairo Angels.

The calibre and ideas that tend to have potential to scale move to Cairo or Alexandria to start.

An example is The Meal Kit, an e-commerce startup that delivers pre-portioned food ingredients and recipes that are ready to cook in under 30 minutes. Ahmed Fouad, co-founder of The Meal Kit was raised in Upper Egypt and studied there but then ended up launching his company in Cairo.

“When we started The Meal Kit, it was not possible to start here. The idea is relatively new in Egypt and so we had to launch it in a place that would take in that idea, which was Cairo. People in Cairo have higher purchasing power and pay more for their food than any other place in Egypt. Also, there is a higher adoption for technology and e-commerce in Cairo than in Upper Egypt,” says Fouad.

Cairo’s maturity is not just limited to its purchasing power. The ecosystem is also more mature with more opportunities for funding, mentorship and skills development.

“Startups launching and funding started in Cairo around 2011-2012. The ecosystem in Cairo flourished and is much better now. However, here, in Upper Egypt, it is as if we are still back in Cairo’s 2011,” says Fouad.

For many of the hackathon’s participants, one main struggle is having to travel all the way to Cairo to access the workshops and events that take place there. Tarek Ragab, a participant at the hackathon and a member of one of the winning teams whose idea for a startup was an on-demand delivery service in upper Egypt, shares the same problem.

“When we were checking for incubators or accelerators, for example Flat6labs, we found out that they require that we are based in Cairo for the four-month programme. We try and apply to any events or competitions that are organised here such as RiseUp

The government is keen to develop the ecosystem in Upper Egypt and has been encouraging events like RiseUp’s hackathon in the hope that startups will emerge to solve the region’s specific problems.