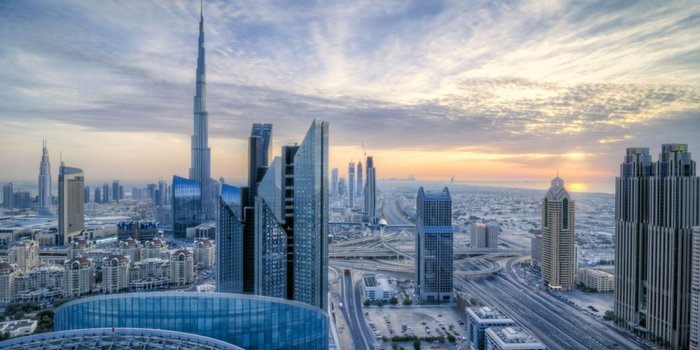 The rise of robo-advisers in the UAE

By Stian Overdahl / The National

SOURCE: The National - The rise of robo-advisers in the UAE

A new wave of digital investment platforms in the UAE aim to provide low-cost investment options for young professional and mass-affluent clients.

Robo-advisers, which gauge an investor’s risk tolerance and assign them a tailored investment portfolio of exchange traded funds (ETFs), offer lower fees than many traditional investment options plus convenience, with management fees reaching as low as around half a per cent.

Sarwa, one of the first robo-advisories to launch in the UAE, received a full operating licence in November following a phase in the Dubai International Financial Centre's sandbox. The company, which has around 2,700 registered users, is now looking to reach an underserved customer base, with its mission to “democratise the whole wealth management industry,” according to Nadine Mezher, chief marketing officer and a co-founder at Sarwa.

Sarwa, whose management fees range from around 0.85 per cent per annum for account balances under Dh183,662 to 0.5 per cent for balances over Dh367,325, describes itself as a hybrid robo-advisory, with wealth advisers available to help over the phone or in person if a customer needs financial planning for specific goals.

“We want to make investing easy, simple and accessible to everyone, regardless of their net worth,” says Ms Mezher.

One investor is Francois de Klerk, 37, who works in Dubai as a senior project manager for an IT and security firm. At present he’s saving 40 per cent of his monthly income, a third of which then goes into Sarwa, in a bid to retire by 53. Then he wants to buy a catamaran and sail the world.

“It was always my dream to buy a sail boat, and sail around,” says Mr de Klerk.

To achieve this he’s using spending discipline – a spreadsheet laying out planned monthly incomings and outgoings for the next 13 or so years until he retires.

Hasan Heider, a partner at 500 Startups, a venture capital firm which has invested in Sarwa, says robo-advisers have a “massive opportunity” in the Middle East because so much of the existing banking and wealth management efforts are focused on ultra-high net worth and high net worth individuals.

“A lot of investors don’t qualify for these wealth management services, and it hasn't been cost effective for banks to really provide those services to the ‘mass affluent’ market,” he says.

Another robo-adviser gaining traction in the UAE is Wahed Invest, which was founded in the US in 2012 and offers sharia-compliant investment portfolios.

Chief executive and co-founder, Junaid Wahedna, says while there is a relatively young and materialistic demographic, in the GCC, which contributes to “a culture of spending”, the lack of investment options for segments such as millennials is also a factor in low savings rates.

“How do you save? You would have to go to a bank and to their wealth management department,” says Mr Wahedna.

In the past, residents turned to banks and financial advisory firms to top up their pension pots. However, many were mis-sold poor performing long-term savings and investment plans riddled with high fees and hidden charges.

Roughly half of Sarwa’s users, for example, have previous experience with investing, says Ms Mezher. Of those who have invested before, many have been active traders, “who potentially have not seen good gains on their money”.

“A lot of them lost a lot of money because they didn't have the knowledge to do it properly,” she says.

Nevertheless, investing via a robo-advisor does come with risks: a big drop in the US stock market or global shares could see your investment lose value, though most experts believe that stock markets provide solid returns if you stick with your investment over the long term.

However, as challenger robo-advisers set up shop, traditional players such as banks and brokerages are also looking to get in on the action.

In Kuwait, NBK Capital - a subsidiary of the National Bank of Kuwait - has launched a robo-advisory platform called Smart Wealth, though its services are only available for Kuwait residents.

And rather than reinventing the wheel, incumbents can use third-party software solutions to quickly begin offering robo-adviser and other digital investment services.

Its chief executive, Bhaskar Prabhakara, says while banks in the region are “far behind the curve compared with the US or even Asia” when it comes to investment services and the technology to support them, he expects the landscape will transform dramatically in the next 12-24 months.

However, traditional players such as banks may not compete directly with challenger robo-adviser firms such as Sarwa, given the slim margins that can support a startup may not be attractive to banks with far higher costs.

Smart Wealth in Kuwait has higher fees than Sarwa, ranging from around 1.5 per cent for lower account balances to 0.7 per cent for the top investment accounts.

“Banks are very slow to innovate,” says Ms Mezher. “That’s why you have startups which are growing so fast, because we are so flexible.”

Nevertheless, even if there are more accessible investment options, individuals themselves need to make the decision, and effort, to save.

When Mr de Klerk first came to Dubai in 2007, he was saving just 5-10 per cent of his income he says. Then in 2011 he used his savings to buy a boat he uses recreationally, going wakeboarding every Friday – an experience that has made the cost worthwhile, he says.

But Mr De Klerk’s advice for young professionals is to save regularly, even if it’s just Dh1,000 or Dh2,000 a month.

“You need to start early, that what I’ve learnt now," says Mr de Klerk. "The earlier you start the more money you'll have in the long-term at the end. The later you start the less time you have left."

Another investor with Sarwa, Roula Haddad, who works as an account manager at Twitter, says for many Arab residents saving is not something they learnt about at a young age.

“You have to figure it out on your own, or have people who are into investing, and who have done their own research, tell you how to go about it, whether investing or saving.”

She says Sarwa appeals to people that don’t know much about saving or investing, she believes. “It a really easy entry point because everything is automated," she says. “There was always a person to talk to which I appreciated.”

Given the level of automation on their platform, one financial advisor can cater to around 500 to 1000 clients, says Sarwa’s Ms Mezher.

Savers also need to avoid temptation. Unlike long-term pension plans, robo-advisors typically make it easy for investors to withdraw their money, which means savers need to rely on their own willpower not to draw down their savings to fuel short term spending.

The rise of robo-advisers in the UAE