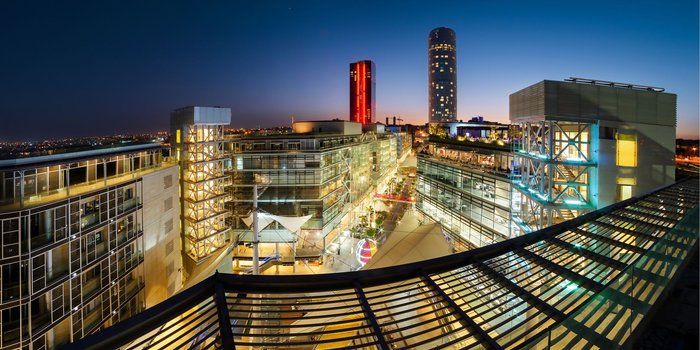 Rise Of The Rest: Why Tech Startups No Longer Need To Be In Major Tech Hubs To Succeed

By Zach Ferres / Forbes ME

SOURCE: Forbes ME - Rise Of The Rest: Why Tech Startups No Longer Need To Be In Major Tech Hubs To Succeed

With the democratization of technology, high-growth tech companies no longer to need to be in major tech hubs to succeed.

For the first time, US venture capital investment outside of Silicon Valley has eclipsed investment inside the valley, according to PricewaterhouseCoopers. And this movement has no signs of slowing. In fact, this “rise of the rest” isn’t unique to the US- it’s gone global.

According to KMPG Enterprise, Asia claimed 44% of VC dollars invested in the second quarter of 2018, nearly matching the total investment of US firms. The overall figures might be slightly skewed by the region’s largest-ever VC investment in Asia’s Ant Financial- but not by much. The second quarter of 2018 produced 40 deals worth at least $100 million, according to the aforementioned PwC report, including nine new unicorns in Asia.

China isn’t the only major player in the Eastern hemisphere, however. VC deals in the Middle East and North Africa region are up 12% over last year, according to MAGNiTT’s MENA Venture Investment Report. And much of the money invested throughout Asia has MENA ties, with two major investors in the SoftBank Vision Fund -the largest VC fund ever- rooted locally.

The global upswing is further evidence of how the commoditization of software and hardware development has democratized the creation of technology companies. San Francisco-based techies are no longer necessary to start a tech company. With the emergence of Amazon Web Services, platform-as-a-service, open source and pre-built libraries, it’s easier, cheaper and faster than ever to get into the game- from anywhere.

Tech founders have a world of options when it comes to where they set up shop. Much like the “tech in the heartlands” trend in the US, regions such as MENA offer appealing alternatives to major tech hubs in the Eastern hemisphere- and investors are taking notice.

But why are founders skipping major MENA hubs such as Dubai in favor of smaller host cities? Cost efficiencies are a big part of this shift. Outside of the established hubs, the cost of living (including rent, payroll and family budgets) is significantly lower. As a result, investor dollars stretch much further.

Beyond cost, quality of life is another factor. Founders are no longer just 20-somethings starting companies- many founders have families and schoolage children. This means they have vastly different criteria when evaluating whether they want to live in a traditional tech hub. In the US, we’ve seen a mass migration of tech outside of Silicon Valley to places such as Salt Lake City, Denver, and Phoenix- the MENA equivalents would be places such as Tunis, Beirut, and Amman. That’s great news for cities and countries around the MENA region that want to make a real impact with tech.

Five ways to leverage local assets for your startup

Building a tech company outside of a major MENA tech hub? You might actually have advantages over your counterparts in regional tech hubs. Here are five ways to leverage your nascent tech ecosystem to build a budding tech company:

Before looking forward, look back. Study the factors and industries that have driven your region’s economy over time to better understand the current forces and identify unique opportunities.

For MENA, the starting point -both historically and in modern times- is the oil industry. This makes it a natural place for energy-tech companies. Beyond that, the region also offers unexpected opportunities. According to Fanack, the largest industry in Tunisia is agriculture. Similar to the trend in the US, pairing local Tunisian agriculture experience with an agtech startup could provide distinct advantages.

2. IMMERSE YOURSELF IN THE CULTURE

A match between a startup and a community is about much more than low operating costs. For long-term success, your corporate values must align with your region’s culture. Spend time talking with local leaders, asking questions and listening for common themes.

For example, Abu Dhabi offers a unique combination of Middle Eastern and international cultures. Abu Dhabi is home to the Sheikh Zayed Mosque, a bustling arts community and beautiful beaches, and nearly everyone speaks English. Some big differences from western culture that I found were the preference for face-to-face meetings and a workweek that runs Sunday through Thursday.

3. DISCOVER WHAT MAKES YOUR CITY TICK

It’s important to understand why people want to live in a region, and what might make future employees put down roots. Explore what people do for fun, along with the infrastructure, schools, and overall quality of life.

Travel and tourism are good indicators to consider when looking to attract employees and clients. The MENA region continues to improve its tourism numbers with 72 million visitors in 2015, according to the World Economic Forum, rebounding from a recent low point of 62 million in 2011. Amman, Jordan, is a major tourist hub with numerous multinational corporations operating out of the city. Jordan itself is renowned for its strong healthcare and educational systems, which have fueled its growing medical tourism sector.

4. MAKE THE MOST OF GOVERNMENT INCENTIVES

Founders and investors aren’t the only ones who recognize the advantages of building tech companies in emerging tech hubs. Regional and local governments are developing infrastructure and incentives to compete for and support new businesses. Examine different options and crunch the numbers to see how well they align with your company’s needs.

In Tunis, for instance, lawmakers recently passed a law that formalizes the government’s requirements for startup growth. The legislation supports startups with funding, allowing private- and public-sector employees a break of up to one year to run a startup, and it includes exemptions from corporate taxes. The overall goal of Tunisia’s Startup Act is putting science and technology at the forefront of Tunisia’s economy.

Another potential advantage of traditional industry hubs is the ability to partner with other local companies. We see this happening more and more in the US. Local investors who have done well in your industry can be a valuable funding source, but they can also extend your network by introducing you to their contacts in the area.

When considering a region, identify complementary businesses -especially smaller and midsize onesthat might be interested in investing in startups as a way to drive innovation beyond their corporate environments. The relationships can be a win-win- nearly one in four corporations say partnering with startups is “mission critical” for their strategies, according to a study by MassChallenge and Imaginatik.

With the democratization of technology, high-growth tech companies no longer to need to be in major tech hubs to succeed. Larger tech ecosystems might still provide a nice boost for getting a company up and running, but they are no longer a prerequisite. Cities across the MENA region are rapidly closing the gap to establish their own unique ecosystems and advantages. In the years ahead, the “rise of the rest” movement happening in the US is going to spread throughout the world.

Rise Of The Rest: Why Tech Startups No Longer Need To Be In Major Tech Hubs To Succeed